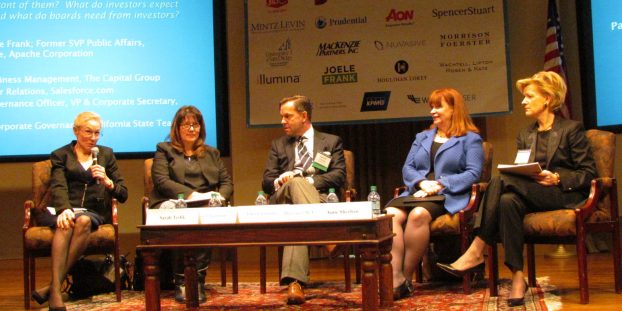 Evolving Ways of Shareholder Engagement is Part 4 of my coverage of the Corporate Directors Forum 2017 in San Diego @corpdirforum, which was billed as Directors, Management, & Shareholders in Dialogue. I was also hoping to learn more about President Donald J. Trump and how his administration might impact corporate governance. More about that in a future post. See Part I, Part 2 and Part 3. As usual, the Directors Forum was under Chatham House Rule, so I’m mostly just posting a few observations and my reflections that I hope readers will find interesting. Much better photos from the professional photographer at Directors Forum 2017 Photo Slide Show. 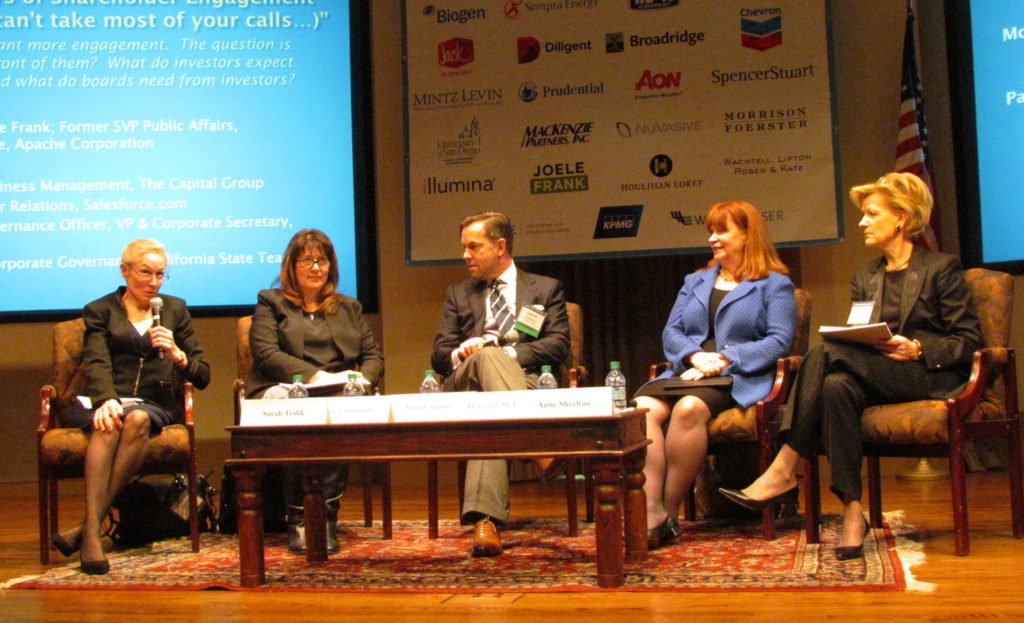 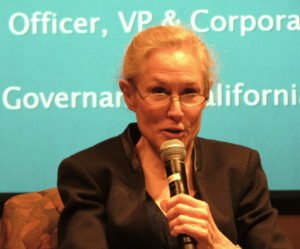 Shareholder engagement, we talk about it every year but it really does evolve. Any of us who have been around for twenty years or more recognize that. Huge funds like the Capital Group and CalSTRS are more involved than ever, listening and being listened to. Before, they were lucky to get phone calls returned. Now, as the title of discussion says, they are often too busy to take company calls. Make the calls off proxy season.

As a retail investor, I know I have also been much more frequently engaged with my companies in the last few years. In fact, I now find it unusual when I a company refuses to engage on a complicated issue like proxy access. Yes, shareholder engagements sometimes does reach down to the retail level but, of course, at this conference the discussion was focused at companies engaging with their top shareholders. Rightfully so. 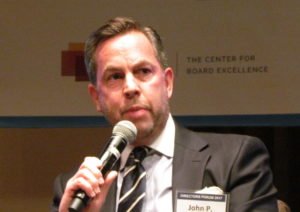 Shareholders are asking more about human capital programs, since development of people, their skills and their cultures are increasingly recognized as key to adding value. Majority vote for directors still has room to go, especially reaching down into mid- and small-cap companies. Large investors can get it done by writing letters to companies. 90% make the change without funds having to file proposals. I would love to see not only public pension funds doing this work but also the huge commercial funds. What company is going to reject a letter from BlackRock asking them to move to majority voting?

Water management, energy efficiency… panelists advised starting with letters, escalated to phone call and meetings and meetings. That level of shareholder engagement will escalate to proxy proposals if no response. Respond to your shareholders if they send you a letter. 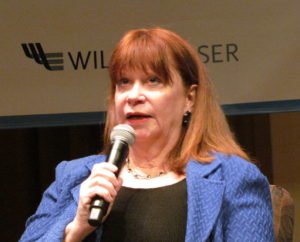 The Capital Group is made up of entirely of actively managed funds. I did not realize that… so many have moved to indexing. Prepare for their calls. I suspect active management leads to more shareholder engagement than passive management.

Engagement in the 1980s was mostly with nuns and priests on social issues. Then the Corporate Library, CalPERS and CalSTRS got director’s attention on governance and environmental issues. There is increasingly better disclosure in proxy statements and corporate web sites. It is easier to communicate upfront. Reach out to the funds that hold a majority of your shares and to a few influential individual shareholders.

Companies have now asked the advice of shareholders in how to package and approach other shareholders. If you are presenting a slide deck, don’t read from the slides. If you can talk about the process, we know you have been paying attention. Before the meeting, the board and other company representatives should know the fund’s voting policies. Prepare. 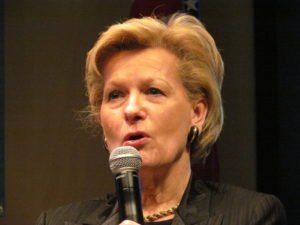 Shareholders increasingly want to talk to with the compensation committee chair about the CEO’s compensation. Your agenda should have a clear goal, hoped for outcomes. Reg FD should not be a worry. Directors are well trained. Directors are now volunteering to meet more often than they are asked. Prudential does videos with directors discussing issues. I thought that was a great idea, so looked them up. Here’s an example: Karl J. Krapek, Prudential Board Member and Lead Independent Director. Not a lot of pizazz but still effective.

Prudential is in the lead in wanting to hear from individual shareholders. They proactively seek feedback. If you vote your Prudential proxy, you can have a tree planted. Prudential obtained valuable information from 16,000 comments. Actually responding will make a friend and loyal client. See their internet page: Our Approach to Shareholder Engagement.

ESG information, where do you get it from? How companies disclose. So far, it is mostly very qualitative. Companies are looking at different things. It is an evolving area. Bloomberg, Sustainalytics, MSCI, proxy advisors. Companies have survey fatigue. Investors will need to agree on questions. Focus on what is material. If managed well, this is a real opportunity.