There is a Chinese proverb that says He who knows he has enough is rich; but the modern Western version of the saying seems to be: One never has enough; I deserve more; or There is always someone who has more.


Over the last years, we have built a system of incentives and motives so powerful that it overwhelmed values. Ethics is the resistance of values under pressure. But there is a breaking point. Enough pressure will grind values down. Heroes and saints do what they think is right whatever the costs and consequences for them. Most mortals, mes semblables, mes frères, dirait Baudelaire, are suspended in webs of motives and meanings they themselves have spun. We must understand how we have come to spin this web and learn to spin a new one.

There is something special about this panel. I am surrounded by representatives of very successful organizations: a banking cooperative (Grameen Bank), a professional partnership (Deloitte), a faith-based transformational organization (Sojourners), a large family-owned company (Bettersman); a publicly listed corporation with a stable network of shareholders (Takeda Pharmaceuticals); a publicly listed corporation with a controlling shareholder (Thomson-Reuters).

As I am sure my fellow panelists will testify, in all these organizations, values of trust and loyalty as well as a long-term perspective are alive and well. But what, or who is missing at this table? Precisely, the most prevalent type of corporations in several countries; that is:

Lo and behold, most all the players in the financial melt-down of 2007-2008 were companies of this type; all investment banks, the Lehman, Bear, Stearns, Morgan Stanley, Goldman, Sachs, had recently mutated from private partnerships to exchange- listed corporations; all subprime mortgage originators, the insures (AIG, AMBAC, MBIA), Freddie Mac, Fannie Mae and at least one rating agency, were of this breed.

How we have come to have an economic system dominated by this type of corporation is a story for another day, but it is legitimate to ask:

For whose benefits should these companies be managed and governed?

Are transient share-flippers, speculators and game-players really the legitimate owners of publicly traded corporations? In all decent societies:

‘Gamblers don’t own the casino!’

I”n a global free market, there is a variation of Gresham’s Law: bad capitalism tends to drive out good capitalism,” wrote John Gray, in False Down, a prescient book published in 1999, widely derided at the time by bien-pensant economists.

Those of us who believe in free enterprises and capitalism must rise up to defend the system against those who will destroy it …and this time they are not Marxists.

We need to bring about renewed capitalism, one based on forms of business ownership and management compensation to foster and nurture;

Indeed, because of their ownership structure, all the organizations represented on this panel can manage for the long term, if they so wish, can foster the values that will make the organization successful and durable, can nurture people, be loyal to them, instill trust in their organization. Some face tough competition for their products and services but they can plan and implement strategies that unfold over time; some have no truck with financial markets at all; those who do can, in polite terms, tell them to go fly a kite.

But this won’t happen in corporations of the dominant type in many western economies. I believe we must spin a new web of business ownership and executive compensation, of laws and regulations, to bring out the better angels of our nature, to pursue what Jim Wallis (CEO of Sojourners) calls the common good, the behaviors and values which make for a better society. I believe that the law precedes and generates values which then become norms and behavior. The law must provide rules of the game for all, a level playing field.

In our book Black Market and Business Blues (with Professor Firsirotu, FI Press, June 2009), we sketch out several policy measures to avoid financial crisis of the kind we experienced in 2007-2008. However, if we do not change the fundamentals of the system, we will experience another crisis, under a different guise a few years hence.

We need to bring about a renewed capitalism and this will not happen without some fairly radical changes:

As the crisis fades away, as the wind of panic that blew in Davos in 2009 calms down, as the economies of developed countries slowly recover, we may well expect the forces of status quo to gather strength. Davos 2010, where all of the key actors are assembled, should be good theater, an avant-première of the economic and financial play for the coming years. 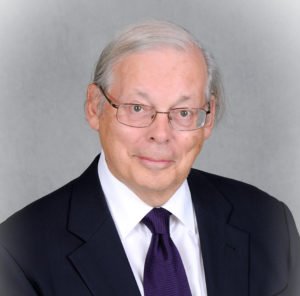 Fundamental reforms may well be greeted with faint praise and lukewarm support by the large number of financial players assembled here. That would be a serious mistake.

Let it be said that here and now at Davos 2010 the terms of a new economic covenant were worked out.

Notes for a Presentation by Professor, chair of IGOPP to the Panel and, I believe, still relevant today.

Dr. Yvan Allaire is the Executive Chair of the Institute for Governance (IGOPP), Professor emeritus of strategy (UQAM) and a Fellow of the Royal Society of Canada. Professor Allaire has published many award-winning articles on strategy and is the co-author of several books on strategy and governance. He was the executive vice-president at Bombardier Inc (1996-2001) and the Chair of the Global Council on the Role of Business of the World Economic Forum.