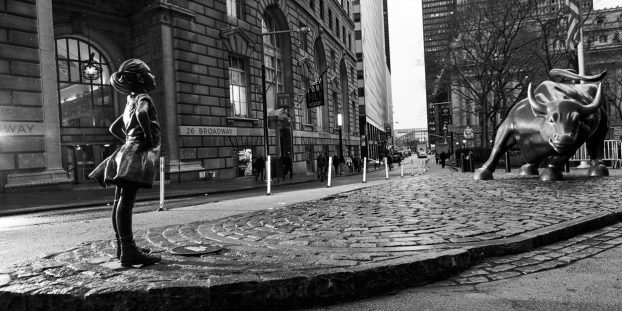 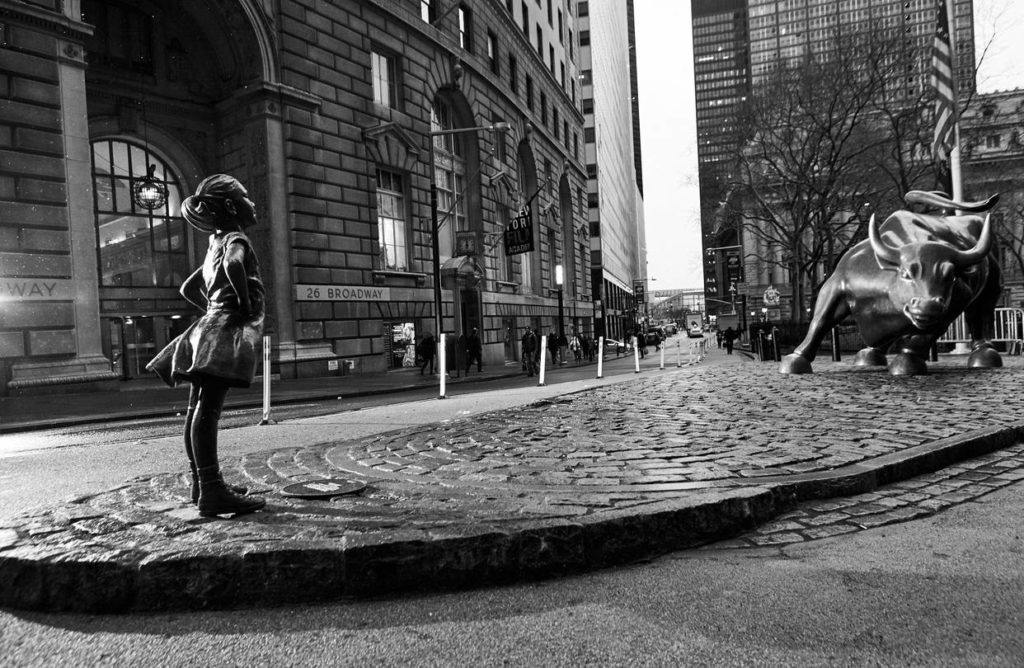 According to the Canadian Securities Administrators (CSA), only 12% of Canadian board seats are occupied by women, and women hold just 8% of executive positions at Canada’s 100 largest companies.[1]

In order to address this persistent gap, SHARE clients have filed shareholder proposals asking Canadian companies that do not have women on their boards of directors to develop a clear plan to change that picture. And, when voting shares on behalf of clients SHARE will vote against the entire Nominating Committee of the board of directors if a company’s board has zero women and does not disclose a clear policy aimed at increasing that number.

The slow progress on gender equality is raising red flags for our clients. Gender diversity is a critical attribute of a well-functioning board and a measure of sound corporate governance. Research shows that companies with policies that promote gender wage equality and the advancement of women into management attract more talented employees of both genders and consistently out-perform the overall market.

At the end of the day, investors know that better diversity leads to better companies. Equal gender opportunities and wages create conditions for strong financial returns and a strong economy as a whole.

Last year, SHARE worked with OceanRock Investments to file a diversity proposal at Restaurant Brands International (RBI), the parent company of Tim Horton’s. Although Restaurant Brands International has since added one woman to its board, this year OceanRock is asking for a comprehensive plan to address diversity across the entire company. SHARE has filed three other proposals at Canadian companies on behalf of its clients.

SHARE is committed to pushing for progress by engaging companies on gender diversity issues on behalf of institutional investors. We also understand that diversity goes beyond gender and are asking companies to include Indigenous heritage as a board diversity criterion, in keeping with the recommendations of the Truth & Reconciliation Commission.

SHARE is a Canadian leader in responsible investment services, research and education for institutional investors. Since its creation as a non-profit organization in 2000, SHARE has provided proxy voting analysis, shareholder engagement, education, policy advocacy, and practical research on issues related to responsible investment. SHARE’s clients include pension funds, mutual funds, foundations, faith-based organizations and asset managers across Canada.  SHARE is a signatory to the U.N. Principles for Responsible Investment (UN PRI).

Also announced before International Women’s Day – State Street Global Advisors (SSGA), with investments in excess of $2.5T, called on the 3,500 companies it invests in to increase gender diversity on their corporate boards. They will vote against board members charged with nominating new directors if such committees fail to make progress. SSGA will not be working with a quota system. Firms must simply provide evidence of their attempts to improve diversity. A firm that doesn’t add women, for example, would have to show it attempted to cast a wider net and set diversity goals.

To mark this effort and the power of women in leadership and perhaps in marking International Women’s Day(?), SSGA placed a statue of a young girl, representing the future, in the center of the world’s financial capital – right near Wall Street in New York City. Maybe by the time that young girl would have grown up to be a young woman, she would not be faced with all the bullshit women face today. Take a look at reader comments to yesterday’s article State Street to Start Voting Against Companies That Don’t Have Women Directors.

According to Ron O’Hanley, president and chief executive officer of SSGA:

We believe good corporate governance is a function of strong, effective and independent board leadership. A key contributor to effective independent board leadership is diversity of thought, which requires directors with different skills, backgrounds and expertise. Today, we are calling on companies to take concrete steps to increase gender diversity on their boards and have issued clear guidance to help them begin to take action.

O’Hanley detailed SSGA’s guidance in his keynote speech at the Corporate Governance Symposium hosted by the University of Delaware’s Weinberg Center for Corporate Governance. The focus of this year’s symposium was “Governance Issues of Critical Importance to Boards and Investors in 2017.”

According to an MSCI study, companies with strong female leadership generated a return on equity of 10.1% per year versus 7.4% for those without a critical mass of women at the top, which is a 36.4 percent increase of average return on equity. According to a 2015 McKinsey Global Institute report, moving to a scenario where women participate in the economy identically to men would add up to $28 trillion, or an additional 26%, to annual global GDP by 2025 compared to a business as usual scenario.

Despite this, although there has been some progress made on the inclusion of women on corporate boards, one out of every four Russell 3000 companies do not have even one woman on their board, and nearly 60 percent have fewer than 15 percent of their boards comprising women directors. 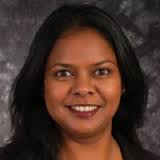 According to Rakhi Kumar, head of corporate governance at SSGA:

As part of our review of boards’ gender diversity, we analyzed and compared the level of diversity in three markets: Australia, the UK and the US. Most large cap company boards in these markets have at least one female director but have yet to fully embrace gender equality in their ranks. We believe boards have an important role to play in increasing gender diversity and believe our guidance can help directors take action now.

I wholeheartedly support State Street’s efforts. Companies need to step up and better utilize the talents and leadership of women in their Corporate Boards, C-suite and throughout their ranks. This statue boldly signals to financial markets that the future depends on investing in the power of women. We all need to lean in and be bold for change now. — Chris Ailman, Chief Investment Officer, CalSTRS

Celebrate International Women’s Day by investing in the SHE Leadership fund, which tracks an index of US large-capitalization companies that rank among the highest in their sector in terms of gender diversity within their senior leadership positions. SSGA will direct a portion of its revenue to charitable organizations that seek to partner in innovative ways with educational programs to remove bias and empower women to help address the gender gap head-on, SSGA incorporates an innovative charitable component that focuses on strengthening the next generation of women leaders – particularly in industries where women have low representation today such as STEM (Science, Technology, Engineering and Math). SSGA is directing a portion of their revenues and a match from SSGA to a Donor Advised Fund, which has awarded a $50,000 grant to Girls Who Invest, a nonprofit organization founded in April 2015 dedicated to increasing the number of women in portfolio management and executive leadership in the asset management industry.

For nearly four decades, State Street Global Advisors has been committed to helping financial professionals and those who rely on them achieve their investment objectives. We partner with institutions and financial professionals to help them reach their goals through a rigorous, research-driven process spanning both active and index disciplines. We take pride in working closely with our clients to develop precise investment strategies, including our pioneering family of SPDR ETFs. With trillions* in assets under management, our scale and global footprint provide access to markets and asset classes, and allow us to deliver expert insights and investment solutions.

As organizations and individuals across the globe recognize International Women’s Day (Tweet:#BeBoldForChange), the Women Corporate Directors Foundation (WCD) marks key strides women have made in boardrooms globally, driven by the work of WCD.

Says Susan Stautberg, CEO and chairman of WCD, the largest network of women board members:

‘Be bold for change’ is the theme for this year’s International Women’s Day, and WCD is boldly transforming governance around the world. The collective power of WCD and our allies in C-suites, on boards, and in the public sector has strengthened the influence of women in boardrooms in every major business region.

Milestones for Women in Boardrooms

WCD celebrates International Women’s Day. The rapid growth of WCD – now 75 chapters globally with 3,500+ members on more than 6,000 corporate boards – represents the increasing demand among women directors for a peer network as well as a broader push toward board diversity, even in regions such Asia and Latin America that have traditionally had low numbers of women on boards.

Japan – Inspiring top levels of government. Prime Minister Shinzo Abe has acknowledged WCD member Kathy Matsui, Goldman Sachs’ Chief Japan Strategist, as a key influencer of his government’s workforce policies. The WCD Japan chapter, which numbers more than 100 members, is working with the government on a program to get more women onto boards by the 2020 Tokyo Olympics.

Italy – Driving change through legislation. More so than in other regions, European governments have adopted gender quotas as an instrument for increasing the number of women on boards, with Norway, Spain, and France instituting some of the earlier policies. In Italy, WCD members worked with the Italian government to draft legislation requiring companies to target 1/3 of their board seats for women – a change that went into effect in 2011. WCD members in the two WCD chapters there (Rome and Milan) serve on boards representing over 35% of the market capitalization in the country.

India – Expanding growing network of women board members. The number of women board members in India has doubled over the past six years. Opening chapters in both Delhi and Mumbai, WCD has pushed for greater adoption of governance best practices, including board diversity, for public companies. WCD members helped craft legislation in India as well, mandating three independent directors on every public company board and the requirement that one director must be a woman.

Latin America – Pushing for diversity as companies get more global. While the numbers of women on boards in the region have risen slowly, some of WCD’s fastest growing chapters are in Latin America, especially Brazil, which offers a training course for new directors. As companies there go global and seek access to foreign capital and markets, diversity is placed higher on the agenda. On March 22, WCD members will open the Santiago Stock Exchange – the first time that a women’s group will ring the opening bell in Chile.

Kenya – Leveraging partnerships for board education. WCD’s Kenya chapter, which launched in early 2015, has employed key strategic partnerships to help make strides in providing mentorship and training for directors in the country. Working with Strathmore Business School (the leading business school in East Africa), Cranfield University in England, and the International Finance Corporation (IFC), WCD has developed a three-week course for equipping C-suite women for the boardroom.

How is your company or fund celebrating International Women’s Day? Tell us using the comment field below.

Report from CII Winter Meeting: ESG
Are We Paying CEOs Too Much?