Starbucks Corporation (NASD: SBUX), together with its subsidiaries, operates as a roaster, marketer, and retailer of specialty coffee worldwide. SBUX is one of the stocks in my portfolio. ProxyDemocracy.org had collected the vot

es of four fund families when I checked and voted. Their annual meeting is coming up on March 22, 2017

I voted FOR Proxy Access Amendments. See how and why I voted other items below. I voted with the Board’s recommendations 50% of the time. View Proxy Statement via iiWisdom.

From the Yahoo Finance profile: Starbucks Corporation’s ISS Governance QualityScore as of ‎March‎ ‎2‎, ‎2017 is 1. The pillar scores are Audit: 1; Board: 8; Shareholder Rights: 2; Compensation: 1. Brought to us by Institutional Shareholder Services (ISS). Scores range from “1” (low governance risk) to “10” (higher governance risk). Each of the pillar scores for Audit, Board, Shareholder Rights and Compensation, are based on specific company disclosures. That gives us a quick idea of where to focus: the Board.

Starbucks’ Summary Compensation Table shows the highest paid named executive officer (NEO) was Chairman and CEO Howard Schultz at $21.8M in 2016. I am using Yahoo! Finance to determine the market cap ($83.22B) and I am roughly defining large-cap as $10B, mid-cap as $2-10B, and small-cap as less than $2B. Starbucks is a large-cap company. According to the Equilar Top 25 Executive Compensation Survey 2015, the median CEO compensation at large-cap corporations was $10.3M in 2015, so pay was well above that amount. Starbucks shares outperformed the NASDAQ over the most recent two, five, and ten year time periods, but underperformed in the most recent one year time period.

I recently obtained access to a wonderful database maintained by Ipero. The part I am using is mostly focused on corporate clients, especially investor relations and corporate secretaries, but I find it very useful. I constructed the table below using Ipreo’s database comparing total compensation among top CEOs/NEOs, which Starbucks identified as peers in their proxy.  I could have included a much more extensive breakdown of pay components but this is good enough for my purpose. As you can see, Howard Schultz’s total compensation of $21.8M is well above the median pay of his counterparts using Starbucks’ self-identified peers.

and as such, we recommend that clients “WITHHOLD” votes from the members of the Compensation Committee, namely Affiliated outside directors Javier G. Teruel, and Myron E. Ullman, III; Independent outside directors Mary N. Dillon, and Clara Shih. Egan-Jones believes that the Compensation Committee should be held accountable for such a poor rating and should ensure that the Company’s compensation policies and procedures are centered on a competitive pay-for-performance culture, strongly aligned with the long-term interest of its shareholders and necessary to attract and retain experienced, highly qualified executives critical to the Company’s long-term success and the enhancement of shareholder value. Moreover, we prefer that the key Board committees namely Audit, Compensation and Nominating committees be comprised solely of independent outside directors for sound corporate governance practice.

I voted “AGAINST” the say-on-pay item. The “Lake Woebegone effect,” where everyone is above average and the averages are recalculated upward every year, has to stop. We cannot just keep voting in favor of higher and higher pay packages. I could understand paying more than median, since Starbucks has done well but that much more. I also voted against all the compensation committee members: Dillon, Shih, Teruel, and Ullman (chair).

I have no reason to believe the auditor has rendered an inaccurate opinion, is engaged in poor accounting practices, or has a conflict of interest. However, Egan-Jones recommends voting against, favoring auditor rotation after seven years. I am not quite ready to set that as the bar and don’t know how many years Deloitte & Touche has served, so voted FOR.

James McRitchie (that’s me) is the proponent. I voted ‘FOR.’ SBUX has a “lite” version of proxy access. The following amendments would give it robust proxy access:

Current bylaws allow shareholders to nominate only two, easily isolated, directors. My proposal would up that to 25%, yielding 3 nominees. As we know from research on women serving on boards, 3 represents critical mass, to have real impact.

One thing few take into account is that shares are not consistently held. Funds frequently buy or sell shares. For example, during the last reporting period (quarter), 77 institutions owned 0.15% of SBUX shares. Any 20 could theoretically form a nominating group. However, those qualifying shares need to be held for 3 years. Only 52 institutions have held 1/20 (0.15%) of SBUX shares for the last 12 reporting quarters. Most of those institutional investors (Vanguard, Fidelity, BlackRock, Northern Trust, etc.) have never even filed a proxy proposal, so would be highly unlikely to participate in a nominating group even if SBUX performance plummets for years. Additionally, several of those 52 shareholders are activist funds, prohibited from joining a group because they purchased shares to try to influence or change control of the SBUX Board. 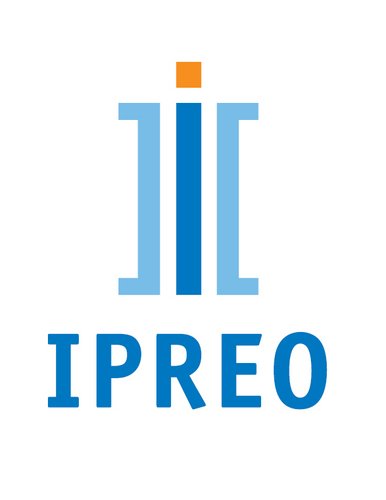 If SBUX were to lift the cap to 50, that would more that double the number of possible participants, based on the fact that 108 institutional investors have held 1/50 (0.06%) of SBUX for 12 reporting periods. This group includes several large public pension funds that submit proxy proposals and have participated in activist campaigns at other companies. If SBUX performance slipped for an extended period of time and the Board failed to act, this group could step in a form a nominating group.

If the cap to 100, there are 176 institutional investors that have held 1/100 (0.03%) of SBUX over the last 12 reporting periods. Chances of being able to form a nominating group would increase substantially. Download my Excel spreadsheet that analyses 3 years of SEC quarterly filings compiled by Ipero. (SBUX3YrsOwnership381 will take you to another page where you will need to click again to download the file.)

The SEC rulemaking to provide universal proxy access provided no cap. That rulemaking was opposed by the US Chamber of Commerce and the Business Roundtable. It was overturned in federal court. In Shareholder Access and Uneconomic Economic Analysis: Business Roundtable v. SEC, J Robert Brown Jr. discusses some of the ramifications. From his abstract:

The DC Circuit struck down the rule, imposing a “nigh impossible” standard with respect to the applicable economic analysis. The decision far exceeded the standards set out by Congress and the courts with respect to cost/benefit analysis. Moreover, in making its decision, the panel relied on mistaken interpretations of the fiduciary obligations of both boards and pension plans.

The Court essentially agreed with arguments that boards had a fiduciary duty to oppose proxy access candidates, rendering SEC cost estimates too low. In fact, the duty of care is process driven.  As long as the process is proper, the board can decide to resist or not resist an access challenge.

Like all the shareholder proposals on the Starbucks proxy, proposal #5 is advisory. The Board has flexibility in implementing (or not implement) any proposal. For example, the Board could lift the cap on nominating groups from 20 members to 50 members or 100 members, instead of an unlimited number. Such action would go a long way in giving shareholders genuine proxy access. Vote FOR #5.

SBUX: Votes Against Board Position in Bold

As mentioned above, ProxyDemocracy.org had collected the votes of four funds when I voted.  Proxy Insight reported additional votes from Canada Pension (CPPIB), Teacher Retirement System of Texas (TRS), and others. All voted FOR #5 amendments to Starbucks’ proxy access bylaws. Unfortunately, the number of funds voting in favor is frequently different than the number of votes. Vanguard, Fidelity, BlackRock and SSGA. Those are the votes that really count. Hopefully, they will see the light.

Pursuant to SEC Rule 14a-8, shareholder proposals intended for inclusion in our 2018 proxy statement and acted upon at our 2018 Annual Meeting of Shareholders (the “2018 Annual Meeting”) must be received by us at our executive offices at 2401 Utah Avenue South, Mail Stop S-LA1, Seattle, Washington 98134, Attention: Corporate Secretary, on or prior to September 29, 2017.