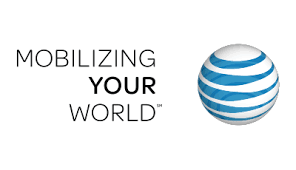 AT&T Inc. (T) provides telecommunications and digital entertainment services. The company operates through four segments: Business Solutions, Entertainment Group, Consumer Mobility, and International.  It is one of the stocks in my portfolio. ProxyDemocracy.org had collected the votes of three fund families when I checked and voted. Their annual meeting is coming up on 4/27/2017. Sorry for the late post.

I voted FOR Proxy Access Amendments. See how and why I voted other items below. I voted with the Board’s recommendations only 10% of the time. View Proxy Statement.

AT&T’s Summary Compensation Table (page 70) shows the highest paid named executive officer (NEO) was Chairman and CEO R. Stephenson at $28.4M in 2016. I am using Yahoo! Finance to determine the market cap ($245B) and I am roughly defining large-cap as $10B, mid-cap as $2-10B, and small-cap as less than $2B. AT&T is a large-cap company. According to the Equilar Top 25 Executive Compensation Survey 2015, the median CEO compensation at large-cap corporations was $10.3M in 2015, so pay was well above that amount. AT&T shares outperformed the NASDAQ over the most recent two year time period, but underperformed in the most recent one, five, and ten year time periods.

After taking into account both the quantitative and qualitative measures outlined below, we believe that shareholders should support the current compensation policies put in place by the Company’s directors. Furthermore, we believe that the Company’s compensation policies and procedures are centered on a competitive pay-for-performance culture, strongly aligned with the long-term interest of its shareholders and necessary to attract and retain experienced, highly qualified executives critical to the Company’s long-term success and the enhancement of shareholder value. Therefore, we recommend a vote “FOR” this Proposal.

I voted “AGAINST” the say-on-pay item. The “Lake Woebegone effect,” where everyone is above average and the averages are recalculated upward every year, has to stop. We cannot just keep voting in favor of higher and higher pay packages. I could understand paying more than median, since AT&T is much larger than most but not this much more. I also voted against all the compensation committee members. However, in looking though the proxy (quickly), I could not determine the members of that committee, so voted against all directors.

“WITHHOLD” votes from the Company’s CEO and Chairman, Inside director Randall L. Stephenson, for holding more than one other public directorship. We believe that the CEO and Chairman, being the most critical roles in a company, should hold no more than one other public directorship to ensure the effective and prudent exercise of his fiduciary duties and that his integrity and efficiency are not compromised.

I support transparency and accountability in political spending, so voted FOR.

I support transparency and accountability in lobbying, so voted FOR.

Myra Young (my wife) is the proponent. I voted ‘FOR.’AT&T has a “lite” version of proxy access. The following amendments would give it robust proxy access: 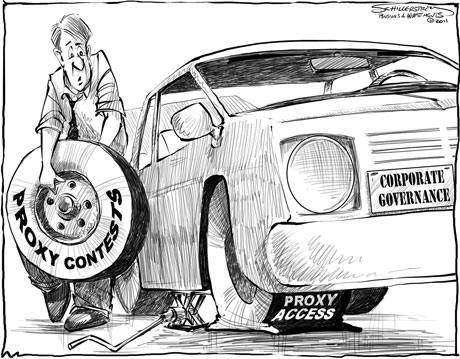 Current bylaws allow shareholders to nominate only two, easily isolated, directors. My proposal would up that to 25%, yielding 3 nominees. As we know from research on women serving on boards, 3 represents critical mass, to have real impact.

Most of the largest fund holders in AT&T have never filed a proxy proposal, so are very unlikely to lead a nominating group. 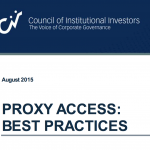 Our proposal asks the Board to remove the cap on shareholders that can form nominating groups. When the SEC enacted a proxy access rule, it contained no cap; neither should AT&T’s bylaws.

AT&T’s proxy access more of an illusion than reality. Just as the word “natural” doesn’t mean “organic,” proxy access at AT&T doesn’t mean shareholders can actually nominate even a single director.  Vote FOR #7.

Shareholders should have the ability to take action by written consent, if such written consent or consents sets forth the action to be taken and is signed by the holders of outstanding stock having not less than the minimum number of votes that would be necessary to take such action at a meeting . Vote FOR #8.

AT&T: Votes Against Board Position in Bold

As mentioned above, ProxyDemocracy.org had collected the votes of three funds when I voted.  Proxy Insight reported additional votes from Florida SBA, Canada Pension (CPPIB), Teacher Retirement System of Texas (TRS), and others. While their votes varied, all voted FOR #5, 6, 7 & 8.

Stockholder proposals intended to be included in the proxy materials for the 2018 Annual Meeting must be received by November 10, 2017. Such proposals should be sent in writing by courier or certified mail to the Senior Vice President and Secretary of AT&T at 208 S. Akard Street, Suite 3241, Dallas, Texas 75202. Stockholder proposals that are sent to any other person or location or by any other means may not be received in a timely manner.

NCR: Proxy Access & Pay Issues
Financial CHOICE Act: From too big to fail, to too big to listen