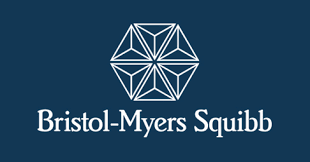 This is our Bristol-Myers Squibb Proxy Voting Guide for 2017. Bristol-Myers Squibb Company (BMY) discovers, develops, licenses, manufactures, markets, and distributes biopharmaceutical products worldwide. Bristol-Myers Squibb is one of the stocks in my portfolio. ProxyDemocracy.org had collected the votes of two fund families when I checked and voted. Their annual meeting is coming up on May 2, 2017.
I voted FOR reducing the threshold to call a special meetings. See how and why I voted other items below. I voted with the Board’s recommendations 41% of the time. View Proxy Statement via SEC’s EDGAR system (look for DEF 14A).

From the Yahoo Finance profile: Bristol-Myers Squibb Company’s ISS Governance QualityScore as of April 1, 2017 is 4. The pillar scores are Audit: 1; Board: 5; Shareholder Rights: 4; Compensation: 6. Brought to us by Institutional Shareholder Services (ISS). Scores range from “1” (low governance risk) to “10” (higher governance risk). Each of the pillar scores for Audit, Board, Shareholder Rights and Compensation, are based on specific company disclosures. That gives us a quick idea of where to focus: Compensation.

Bristol-Myers Squibb’s Summary Compensation Table shows the highest paid named executive officer (NEO) was Chairman and CEO Giovanni Caforio, M.D at $19.6M in 2016. I am using Yahoo! Finance to determine the market cap ($88.6B) and I am roughly defining large-cap as $10B, mid-cap as $2-10B, and small-cap as less than $2B. BMY is a large-cap company. According to the Equilar Top 25 Executive Compensation Survey 2015, the median CEO compensation at large-cap corporations was $10.3M in 2015, so pay was well above that amount. BMY shares outperformed the S&P 500 over the most recent ten year time period, but underperformed in the most recent one, two, and five year time periods.

The Company earns a compensation score of Needs Attention, and as such, we recommend that clients WITHHOLD votes from the member/s of the Compensation Committee, namely Independent outside directors Peter J. Arduini, Mathew W. Emmens, Dinesh C. Paliwal, Gerald L. Storch, and Affiliated outside director Michael Grobstein. We believe that key Board committees namely Audit, Compensation and Nominating committees should be comprised solely of Independent outside directors for sound corporate governance practice. Likewise, Egan-Jones believes that the Compensation Committee should be held accountable for such a poor rating and should ensure that the Company’s compensation policies and procedures are centered on a competitive pay-for-performance culture, strongly aligned with the long-term interest of its shareholders and necessary to attract and retain experienced, highly qualified executives critical to the Company’s long-term success and the enhancement of shareholder value.

I voted “AGAINST” the say-on-pay item. The “Lake Woebegone effect,” where everyone is above average and the averages are recalculated upward every year, has to stop. We cannot just keep voting in favor of higher and higher pay packages. I also voted against all the compensation committee member.

Egan-Jones recommends voting against, favoring auditor rotation after seven years and also pointing to disciplinary actions. I am not quite ready to set rotation as the bar, but was primarily concerned that of the money BMY paid Deloitte & Touche, 40% was for non-audit services, so setting up a potential conflict of interest. I voted Against.

Re items 4 and 5, Egan-Jones also recommended that clients

After taking into account the maximum amount of shareholder equity dilution this proposal could cause, as well as both the quantitative and qualitative measures outlined below, we believe that shareholders should not support the passage of this plan as proposed by the board of directors. We recommend the board seek to align CEO pay more closely with the performance of the company and work to reduce the cost of any similar plan that may be proposed in the future. Therefore, we recommend a vote AGAINST these Proposals.

That seems like good advice to me. I voted Against. 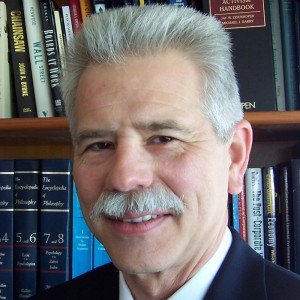 We do not believe it is appropriate to enable holders of below 25% of the common stock to have an unlimited ability to call special meetings for any purpose at any time. As such, we recommend a vote AGAINST this Proposal.

A shareholder right to call a special meeting is a costly way to bring an important matter to the attention of both management and shareholders outside the annual meeting cycle.

It takes 25% of BMY shares outstanding to call a special meeting, whereas most state laws would allow 10% of shares outstanding to call a special meeting. I might be dissuaded if BMY had a long-term activist holder owning 15% of the company. Then, calling a meeting might be a hostile self-serving act. Wellington Management, which owned 9% of BMY as of the last quarter, is know as an active investor, but is far from an activist investor. The next several largest investors are passive index funds. 15%, in that context, seems entirely reasonable. Vote FOR #5.

As mentioned above, ProxyDemocracy.org had collected the votes of 3 funds when I voted.  Proxy Insight reported additional votes from Teacher Retirement System of Texas (TRS), and Unitarian Universalists. All voted FOR #7.