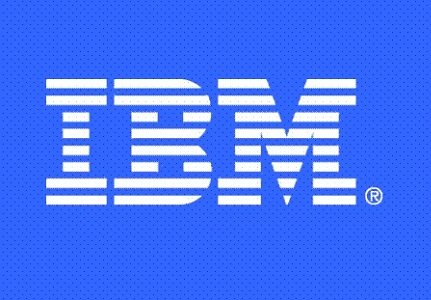 IBM is one of the stocks in my portfolio. ProxyDemocracy.org had collected the votes of two fund families when I checked and voted. Their annual meeting is coming up on April 25, 2017. I voted FOR Proxy Access, Special Meeting amendments and report on lobbying. See how and why I voted these and other items below. I voted with the Board’s recommendations 42% of the time. View Proxy Statement (index on page 4). Read Warnings below. What follows are my recommendations on how to vote the proxy in order to enhance corporate governance and long-term value.

From the Yahoo Finance profile: International Business Machines Corporation’s ISS Governance QualityScore as of ‎April‎ ‎1‎, ‎2017 is 10. The pillar scores are Audit: 2; Board: 9; Shareholder Rights: 4; Compensation: 10. Brought to us by Institutional Shareholder Services (ISS). Scores range from “1” (low governance risk) to “10” (higher governance risk). Each of the pillar scores for Audit, Board, Shareholder Rights and Compensation, are based on specific company disclosures. That gives us a quick idea of where to focus: Board and Compensation.

International Business Machines Corporation’s Summary Compensation Table (page 35) shows the highest paid named executive officer (NEO) was Chairman, President, and CEO V.M. Rometty at $32.7M in 2016. I am using Yahoo! Finance to determine the market cap ($161B) and I am roughly defining large-cap as $10B, mid-cap as $2-10B, and small-cap as less than $2B. IBM is a large-cap company. According to the Equilar Top 25 Executive Compensation Survey 2015, the median CEO compensation at large-cap corporations was $10.3M in 2015, so pay was well above that amount. IBM shares outperformed the S&P 500 over the most recent one and ten year time periods, but underperformed in the most recent two, and five year time periods. Egan-Jones Proxy Services takes various measures to arrive at a proprietary rating compensation score, which measure wealth creation in comparison to other widely held issuers. International Business Machines Corporation earned a compensation score of “Neutral.”

After taking into account both the quantitative and qualitative measures outlined below, we believe that shareholders should support the current compensation policies put in place by the Company’s directors. Furthermore, we believe that the Company’s compensation policies and procedures are centered on a competitive pay-for-performance culture, strongly aligned with the long-term interest of its shareholders and necessary to attract and retain experienced, highly qualified executives critical to the Company’s long-term success and the enhancement of shareholder value. Therefore, we recommend a vote FOR this Proposal.

I voted “AGAINST” the say-on-pay item. The “Lake Woebegone effect,” where everyone is above average and the averages are recalculated upward every year, has to stop. We cannot just keep voting in favor of higher and higher pay packages. I could understand paying more than median, since International Business Machines Corporation has done well recently, but not that much more. I also voted against all the compensation committee members: Alex Gorsky, Andrew N. Liveris, W. James McNerney, Jr. and Sidney Taurel (chair).

Inside director Virginia M. Rometty is a current Chairman of the Board and CEO of the Company, and combined with the Board Rating of Some Concerns the Company has received, we recommend that clients WITHHOLD votes from this nominee.  We believe that there is an inherent potential conflict, in having the CEO or former CEO serve as the Chairman of the Board. Consequently, we prefer that companies focus on the following areas to improve its corporate governance practices: separate the roles of the Chairman and CEO, hold annual director elections, have one class of voting stock only, have key board committees consisting of independent directors and majority of independent directors on board and include non-binding compensation vote on agenda to further ensure board independence and accountability. Moreover, we recommend that clients WITHHOLD votes from Affiliated outside directors Michael L. Eskew and James W. Owens, current members of the Audit Committee, and Affiliated outside director Sidney Taurel, current member of the Executive Compensation and Management Resources Committee of the Board. We believe that key Board committees namely Audit, Compensation, and Nominating Committees should be comprised solely of Independent outside directors for sound corporate governance practice.

Walden Asset Management is the proponent. Although Walden notes, “IBM is to be commended for its thoughtful disclosure regarding political spending and the electoral process,” they fail to disclose direct and indirect lobbying activities and expenditures so that shareholders can assess whether our lobbying is consistent with IBM’s expressed goals and in the best interests of shareholders. I voted ‘FOR.’ #6 Reduce Ownership Threshold for Shareholders to Call Special Meeting John Chevedden is the proponent. I agree with him that the proposal is especially important since shareholders have no right to act by written consent at IBM, as do most companies in the Fortune 500. Delaware laws allows 10% of shares to call a special meeting. Requirements above that amount are generally just entrenchment devices. I voted ‘FOR.’ #7 Adopt Proxy Access Bylaw This is a basic proxy access proposal from the Comptroller of the City of New York. This is a most fundamental right for shareholders, so of course I support it and voted FOR.

International Business Machines Corporation: Votes Against Board Position in Bold

As mentioned above, ProxyDemocracy.org had collected the votes of two funds when I voted.  Proxy Insight reported additional votes from Canada Pension (CPPIB), Teacher Retirement System of Texas (TRS), and the Unitarian Universalist Common Endowment Fund. All voted FOR all the shareholder proposals.

Looking at SharkRepellent.net for other provisions at International Business Machines Corporation unfriendly to shareowners.

Stockholder proposals may be submitted for IBM’s 2018 proxy material after the 2017 Annual Meeting and must be received at our corporate headquarters no later than November 13, 2017. Proposals should be sent via registered, certified or express mail to: Office of the Secretary, International Business Machines Corporation, 1 New Orchard Road, Mail Drop 301, Armonk, NY 10504.

Be sure to vote each item on the proxy. Any items left blank are voted in favor of management’s recommendations. (See Broken Windows & Proxy Vote Rigging – Both Invite More Serious Crime).I generally vote against pay packages where NEOs were paid above median in the previous year but make exceptions if warranted. According to Bebchuk, Lucian A. and Grinstein, Yaniv (The Growth of Executive Pay), aggregate compensation by public companies to NEOs increased from 5 percent of earnings in 1993-1995 to about 10 percent in 2001-2003. Few firms admit to having average executives. They generally set compensation at above average for their “peer group,” which is often chosen aspirationally. While the “Lake Woebegone effect” may be nice in fictional towns, “where all the children are above average,” it doesn’t work well for society to have all CEOs considered above average, with their collective pay spiraling out of control. We need to slow the pace of money going to the 1% if our economy is not to become third world. The rationale for peer group benchmarking is a mythological market for CEOs.