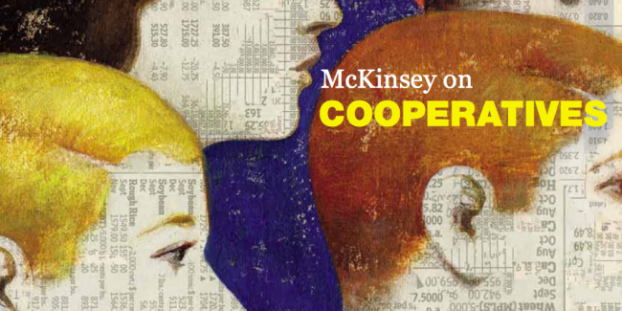 On or before May 22, shareowners of Twitter, Inc. (NYSE: TWTR) have a chance to vote FOR proposal #4, requesting a report on converting the ownership structure of Twitter to a cooperative or other more democratic form of governance.

Twitter has been critical to those involved in the struggle for democracy but could be even more effective in bringing us all together as a more cooperatively owned and governed company.

We want to save Twitter as a vital utility for news, media, and social movements worldwide.

An investment in Twitter on November 4, 2013 has earned -56%, while the same investment in the Nasdaq has earned +56%. With Twitter’s stock price declining, we believe Twitter can sell at least a portion of itself to its users and/or employees and could create a more exciting company with broad-based ownership and accountability.

If Silicon Valley can disrupt whole industries through technology, why not innovate with company ownership, too? Instead of dual-class shares like those at WhatsApp, Facebook and Alphabet that lock-in rule by a single person or a few members of the 1%, Twitter should consider converting to a cooperative or using a dual-class share structure to facilitate greater ownership and participation in decision-making by its users and employees.

To win, we need 50% or more of shares to be voted FOR. However, even a FOR vote of 3% will allow us to learn, keep building the movement, re-submitting for next year. Join us on BuyTwitter.org. Add to the collective intelligence by tweeting #WeAreTwitter. Follow @BuyThisPlatform.

With younger generations focused on sustainability, member-owned corporations using a cooperative model can better align mission and strategy to foster long-term economic, political and environmental stability. Cooperatives already contribute 3-5% to global GDP. Focusing on the needs of members and the Twitter community might be a better long-term strategy than focusing on quarterly profits.

This post draws on lessons learned by the first major research effort to explore cooperatives undertaken by a major management-consulting firm, McKinsey on Cooperatives.

According to the McKinsey study, overall growth rates for cooperatives are roughly the same worldwide as for publicly-traded companies, although a little less so in North America. Cooperatives performed substantially better at growing market share. When customers are owners, they are more in touch with customer needs and their knowledge. Giving Twitter users a louder voice through ownership and representation could accelerate growth more strongly than that at other social media companies, such as Facebook and Google, which are run as virtual dictatorships.

However, co-ops are not as good at redeploying capital quickly to take advantage of new products or markets, especially into market segments that may not offer immediate benefits to the current membership/ownership base. Traditional market-driven companies do have some advantages.

M&A growth has been roughly equivalent. Lack of access to capital has hurt but innovative alliances to take advantage of scale and different markets without sacrificing autonomy have helped.

Putting members first should be a natural fit for co-ops – best service, tailored products and loyalty is emphasized over quarterly profits. Make use of closer relationships and deeper understanding of client expectations and needs. Give regional entities more autonomy within the organizational framework.

Understanding unmet needs through member research can help cooperatives move into adjacent markets. Rabobank provides an example leveraging its 100-plus years of servicing agricultural cooperatives to grow its activity in the food sector. A preauthorized formula for retained earnings can encourage decision-making processes around adjacent opportunities that might not immediately benefit members. Twitter owners are sure to notice plenty of opportunities for adjacent markets, such as how to address fake news and other scams.

The McKinsey study found cooperatives do substantially better in alignment, future, motivation and accountability but worse on coordination and control, capabilities, external orientation and innovation and learning. See figure below. 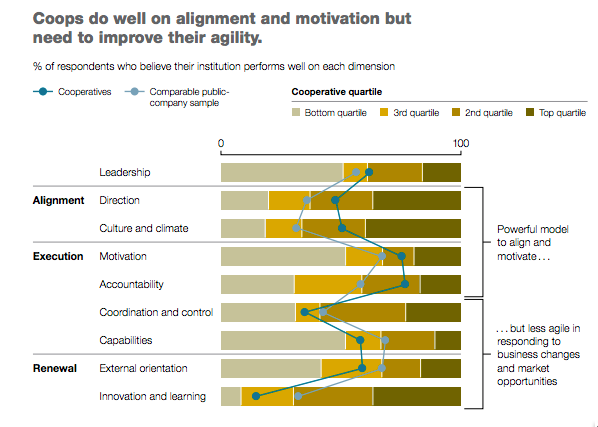 Many examples of use are provided in the McKinsey study.

There is a growing critique of Western capitalism as far too focused on financial transactions, putting shareholders above other stakeholders and short-term profits above creation of long-term value to society. Critics are calling for a new model of capitalism, one that retains free enterprise and the innovation that stems from it, while acknowledging the relationship of business and society…

Great companies work to make money, of course, but in their choices of how to do so, they think about building enduring institutions. They invest in the future while being aware of the need to build people and society…

If companies are to serve a purpose beyond their business portfolios, CEOs must expand their investments to include employee empowerment, emotional engagement, values-based leadership, and related societal contributions…

Rosabeth Moss Kanter describes six ways in which great companies use institutional logic, the advantage that confers, and the impact on leadership and corporate behavior.

Another article within the McKinsey report shared an interview with Monique R. Leroux, CEO of the Desjardins Group, a large Canadian financial cooperative. Here are a few highlights:

Cooperatives tend to rise and flourish in periods of unmet needs, especially the need to have a voice. They give individuals a means to be active and engaged in learning about the economy and in shaping their own financial outcomes by getting involved instead of waiting for governments or others to solve their problems…

We have more than 6,000 elected officers, each one with a voice in how Desjardins is run… The very fact that they have “skin in the game” makes them say, “We have no choice but to x this. Let’s get to w 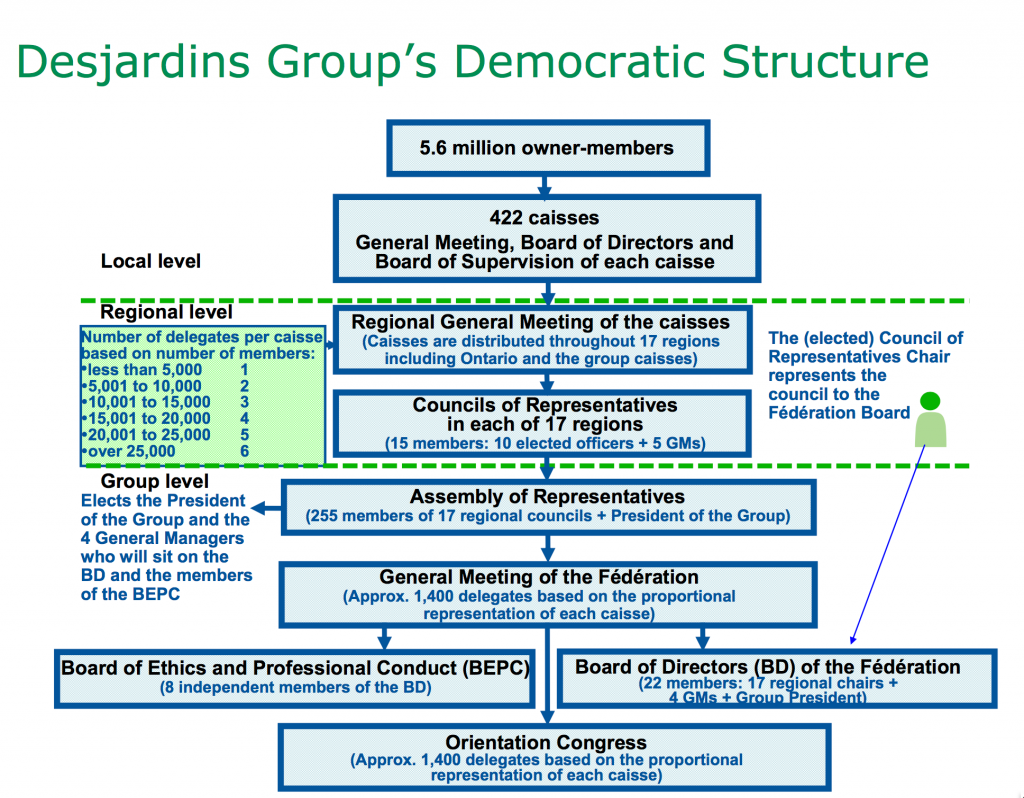 ork and figure it out.” …The problem is that culturally, we often see social needs as separate from—and sometimes in opposition to— economic needs. The cooperative model can help to connect the two…

because a community mind-set is hardwired into the way we do business, we are naturally suited to creating communities of interest in different spheres, be it on the Web or through a variety of partnerships… cooperation is about self-empowerment and working with others to resolve problems and have a positive impact on society.

Public companies have several advantages over cooperatives. They are much better at capital formation and deployments because investors have a greater opportunity to earn outsized returns. Similarly, they can provide stock options and the like to incentivize key employees. However, as we have seen though just a brief review of McKinsey on Cooperatives, cooperatives also have advantages.

A key message from many in the field of corporate governance during the last few years is that executives need to focus on the long term. Serving all stakeholders, not just shareholders, is the key to maximizing long-term value. We need boards to think more like owners. These sought after perspectives are inherent in a cooperative business model.

Capitalism has been the greatest engine of wealth generation ever devised. However, success has also led to a growing crisis and a growing frustration that neither business nor government are meeting societal needs. While a few have profited greatly from the technological boom, many have been thrown out of work or out of the middle-class. Frustrated, we turn to leaders who promise short-term perspectives that in the long run often make our situation worse. 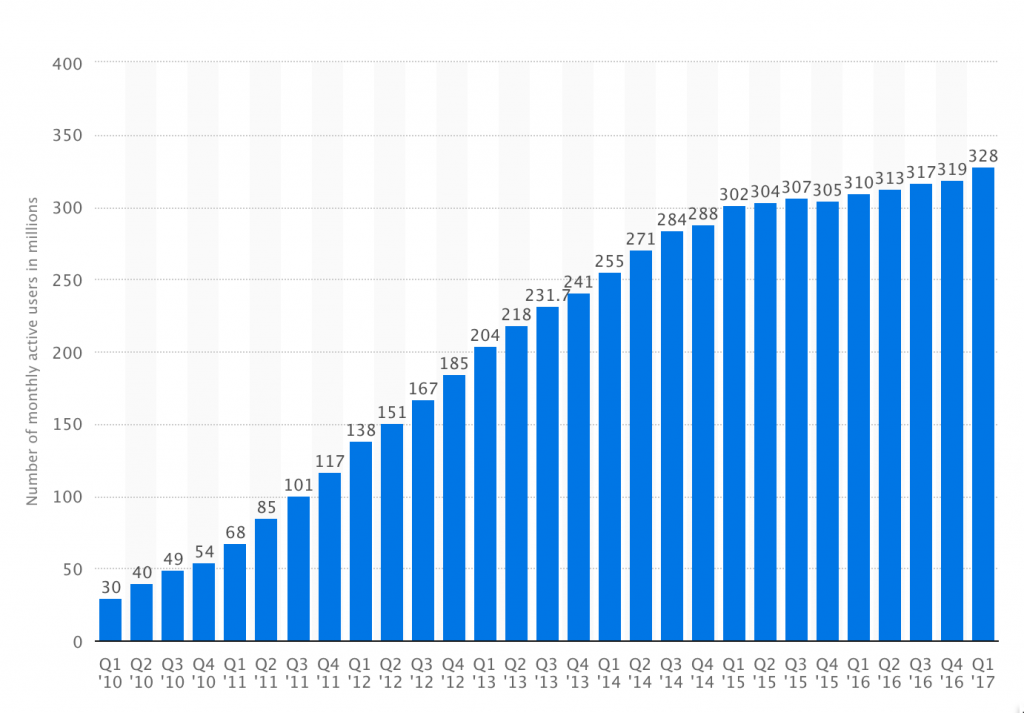 Twitter already has 328M active users. 1B tweets are sent every 5 days. Our company’s noble mission is:

Twitter is helping to spread First Amendment rights throughout the world. Access to information and the exercise of free speech are key to government “by and for the people.”

Monks and Minow once wrote, “Corporations determine far more than any other institution the air we breathe, the quality of the water we drink, even where we live. Yet they are not accountable to anyone.” (Power & Accountability

Twitter can set an example for other companies and for our economy as a whole through more inclusive governance and decision-making. Being more accountable to its users, as well as its employees and shareowners would create a new form of sustainable responsible governance. Our mission then becomes more than a slogan. Our roots become central to the core of how Twitter itself operates.

Are you ready for 328M users obsessed with democracy? That’s an idea worth spreading. Yes, it will be tough organizing 328M users. How about organizing 8B people on planet earth? That might be necessary if we are going to tackle problems like global climate change. Let’s get started. Vote FOR proposal #4.