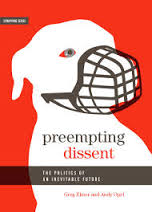 CalPERS muzzles critics. The following editorial appeared in the Sacramento Bee on May 25, 1999. The editorial references a “technical violation of board rules” by then Chairman William Crist. Actually, it was a clear violation of the rules, which prohibited changes to candidate statement after submission. No candidate in the history of CalPERS had ever been allowed to change anything in their statement, not even correct small grammatical errors. With the permission of staff, Mr. Crist was allowed to change his statement to address ethical concerns about him that I had raised in my statement. The election was not overturned because CalPERS rules required proof the results of an illegally conducted election would have been different had the rules not been violated. Proof might be obtained in a case of ballot stuffing but not candidate statement rewriting. How can you prove results would have been different in a fair election?

Addendum to CalPERS muzzles critics. Two of those later named in a bribery scandal also voted to muzzle candidates. (As bribery case continues, CalPERS reaps profits from tainted investments, Sacramento Bee, July 24, 2014.) The growing corruption I alluded to in my campaign was real.

Now I am delighted to learn Michael Flaherman, the only CalPERS director elected by members who stood against the effort by the CalPERS Board to muzzle critics, is running in the upcoming election. See Critic of Wall Street Fees to Leave Calpers Board and my comments in the May 19, 2017 WSJ. If elected, Flaherman will be independent and effective. He has my endorsement, without reservation.

CalPERS muzzles critics: Ballot rules protect board, keep others in the dark

Membership in this case means more than 1 million state and local government workers and retirees — the people whose $155 billion pension fund the powerful PERS board directs. How do PERS members benefit from ballot statements stripped of any information about what candidates for the pension board think about issues affecting their pensions?

A little history is instructive here: Last year, PERS board candidate Jim McRitchie mounted an aggressive but unsuccessful challenge to CalPERS board President William Crist. Among other things, McRitchie wrote in his ballot statement that Crist “had accepted gifts from those doing business with CalPERS.” No one challenged the truth of McRitchie’s ballot statement, but it infuriated Crist. In what an official protest panel later ruled as “arguably a technical violation of board rules,” incumbent Crist was allowed to amend his own ballot statement after the deadline to respond to McRitchie.

PERS is required to seek public comment on the rule changes. The public should protest loudly and clearly.