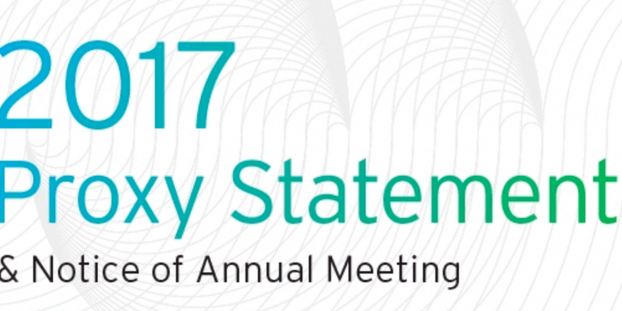 Cognizant Technology Solutions Proxy Voting Guide by James McRitchie of CorpGov.net. Cognizant Technology Solutions Corporation (CTSH) provides information technology (IT), operations and technology consulting, infrastructure, and business process services worldwide. The firm is one of the stocks in my portfolio. ProxyDemocracy.org had collected the votes of two fund families when I checked and voted. Their annual meeting is coming up on June 6, 2017

I voted FOR James McRitchie’s shareholder proposal to provide a shareholder’s right to act by written consent. See how and why I voted other items below. I voted with the Board’s recommendations 76% of the time. View Proxy Statement via SEC’s EDGAR system (look for DEF 14A).

SBUX earned a compensation score of “Some Concerns,”

I wasn’t convinced, and voted FOR.

As mentioned above, I voted “For” the pay package. I also voted a say-on-pay frequency of one year (item #3) With regard to #4 Approve Omnibus Stock Plan, Egan-Jones recommended that clients

While I am concerned about the dilution, I voted FOR.

With regard to Board members, Egan-Jones

I agreed and did the same.

#6 Eliminate Supermajority Vote Requirement. Supermajority voting requirements entrench management, so I generally favor eliminating them. This one is a no-brainer, since even the Board favors John Chevedden’s proposal. Vote FOR. I don’t see that very often, a board supporting a shareholder proposal.

#7 Provide Right to Act by Written Consent This my proposal (James McRitchie), so of course I voted “FOR.” A shareholder right to act by written consent is a way to decide an important emergency matter outside the annual meeting cycle. Egan-Jones recommended “for,” as did all shareholders announcing their votes in advance of the annual meeting.

As mentioned above, ProxyDemocracy.org had collected the votes of two funds when I voted.  Proxy Insight reported additional votes from two other funds. All voted FOR #7, my proposal for written consent. In fact, the others voted all items like Calvert.

Any stockholder proposals submitted in accordance with Rule 14a-8 must be received at our principal executive offices no later than the close of business on December 21, 2017. Corporate Secretary, Fax: 201-801-0243, Email: corporategovernance@cognizant.com.