For years shareholders have been pushing companies to disclose information critical to shareholders’ ability to evaluate their investments. Major mutual fund companies can and should play a pivotal role, according to Public Citizen and its partners in the Corporate Reform Coalition.

In 2011, a bipartisan committee of leading corporate and securities law professors filed a petition requesting a rulemaking at the U.S. Securities and Exchange Commission (SEC) requiring all public companies to disclose their political expenditures. Congressional Republicans inserted a policy rider into the past two appropriations bills that prohibits the SEC from finalizing— though not from working on— the rule. See Support Rulemaking Petition on Corporate Political Spending, which includes information on how you can join 1.2 million who have already supported the petition. Said Senator Menendez,

Corporate insiders shouldn’t be able to use investor money as a piggy bank to advance their personal political agendas without any oversight from shareholders. Disclosure of corporate political spending is not only valuable for our democracy but the case for disclosure is also important purely as a matter of corporate governance and investor protection. Plainly said, this information is material to how shareholders decide where to invest and their money and how to vote in corporate elections. We need mutual fund companies to step up and vote in the interest of their investors when disclosure of political spending is up for consideration, and we need an SEC that will truly stand up for investors and corporate governance principles and finally require this disclosure. 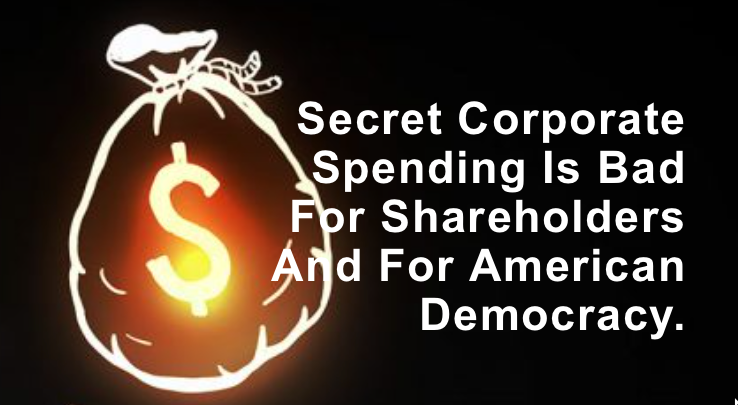 This report illustrates the significant power major mutual fund companies like Vanguard and BlackRock have in corporate elections. As stewards of Americans’ retirement funds they should be leaders in encouraging companies to be transparent so that they can better understand the market and invest more strategically for their retail investor clients.

Curley examined major mutual funds like The Vanguard Group Inc., BlackRock Inc., Fidelity Investments and others that own more than five percent of common stock in companies where shareholders filed political spending disclosure resolutions in 2016. Of 25 companies that had political spending disclosure shareholder proposals up for a vote in 2016, 16 proposals would have received majority support had the major mutual fund companies switched their votes and supported the proposals.

I thank Public Citizen for its work on this report as well as its continued advocacy on the issue of transparency in corporate political spending. Shareholders are the owners of publicly traded corporations and yet, management is not required to even disclose the extent to which they use corporate funds on political spending let alone get shareholder permission. In a democratic society that values transparency and property rights, the current state of the law is upside down and I appreciate these efforts to change it.

A 2012 study by Harvard Law Professor John C. Coates IV finds that “in most industries, political activity correlates negatively with measures of shareholder power, positively with signs of agency costs, and negatively with shareholder value. A subsequent study found cumulative political investments tend to have a deleterious effect on both market and accounting performance over time (Selective Disclosure and Insider Trading, Securities and Exchange Commission).

The potential impact of political spending “material” to a company’s investors, since “there is a substantial likelihood that a reasonable shareholder would consider it important” in making an investment decision. So, why are mutual fund siding with Congressional Republicans and corporate managers to vote down disclosure? Our best guess is conflict of interest. Most managers at large funds no longer get paid based on how well the funds under their management do, since most funds are now invested in indexes designed to track the whole market of a portion of it. Instead, they are paid based on the amount of dollars invested in the funds. How do they raise the number of dollars in their funds? They contract with corporate managers to manage corporate 401(k) and other retirement plans. Studies found a significant correlation between the fees paid to mutual funds by companies for 401(k) management and mutual fund voting with management on shareholder proposals. (See Ties That Bind: How Business Connections Affect Mutual Fund Activism [p. 13] and Largest Fund Managers Face Conflicts of Interest when Voting Proxies.

Several of these funds signed on to the United Nations Principles for Responsible Investment (PRI), which is a set of principles that designed to create a more sustainable global financial system. By signing on, they committed to implementing six principles of sustainable investing. The third principle commits them to “seeking appropriate disclosure on [environmental, social, and governance] issues by the entities in which you invest,” including “supporting shareholder initiatives and resolutions promoting ESG disclosure.”  “ESG” refers to environmental, social, and governance issues. Shareholder proposals on political spending disclosure fall into that category. By not supporting political spending disclosure, these funds are not living up to their PRI commitment. 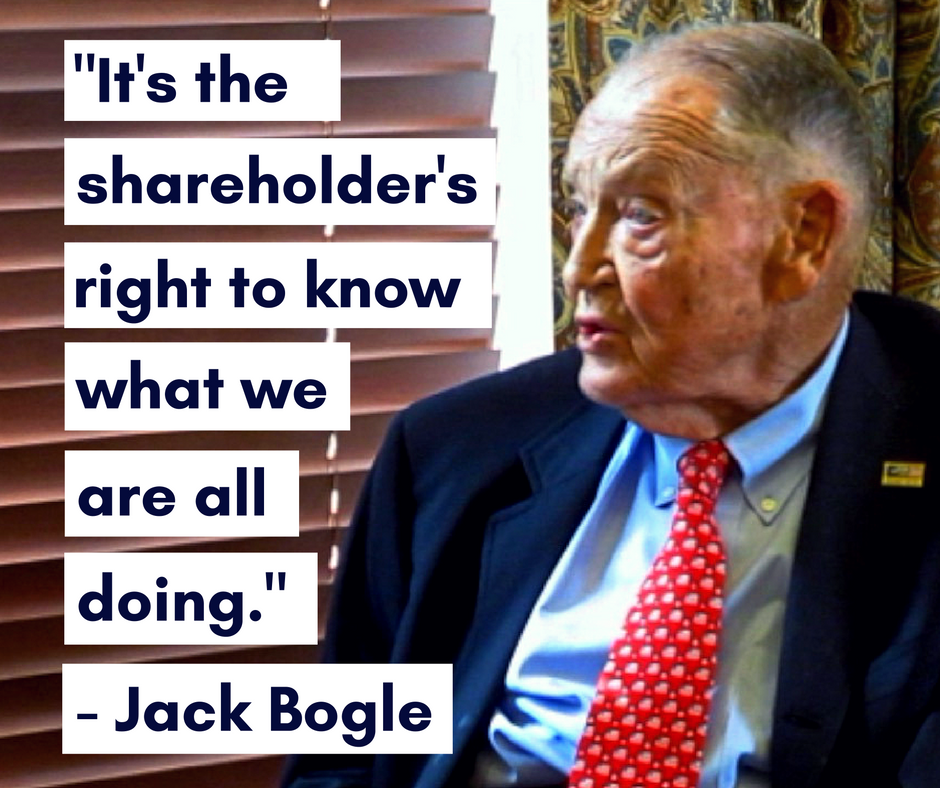 Last year, 65,000 prospective and current Vanguard customers wrote to the mutual fund company asking it to support disclosure. Forty years ago Vanguard’s founder, Jack Bogle, started the company as a mutual fund company, owned by and accountable to its shareholders.  Where is that accountability today?

Join Over One Million People in Telling the SEC to Expose the Hidden Influence of Corporate Money. Contact your pension fund administrator and/or the mutual funds you have invested in and ask them to support shareholder proposals calling for disclosure of political spending and spending on lobbying.

Also, check out companies in your own portfolio and take action by writing letters, voting for transparency proposals and filing such proposals. theCorporateCounsel.net published the following helpful links today on their blog:

The Center for Political Accountability has a new website – TrackYourCompany.org – containing a searchable database of information from the 305 S&P 500 companies that post information about some (or all) of their political spending on their corporate websites. While the site’s data includes only spending from each company’s treasury, the “individual company detail” pages link to OpenSecrets.org and FollowtheMoney.org, which provide information on PAC & individual contributions at the federal & state level.