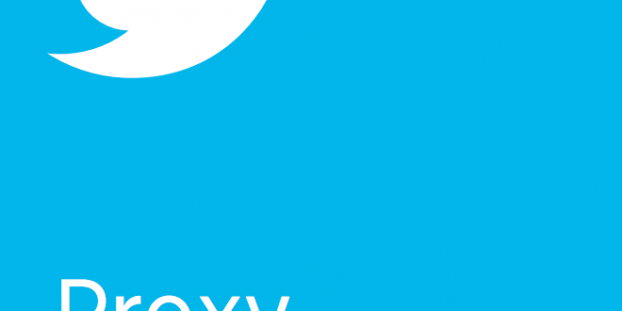 Twitter Proxy Voting Guide by CorpGov.net. Twitter, Inc. operates as a global platform for public self-expression and conversation in real-time. The company offers various products and services, including Twitter which allows users to create, distribute, and discover content; and Periscope, a mobile application that enables users to broadcast and watch videos live with others. Twitter is one of the stocks in my portfolio. ProxyDemocracy.org had collected the votes of one fund family when I checked and voted. Their annual meeting is coming up on May 22, 2017. I will be in attendance, presenting our proposal to study cooperatives, so stop by and say hello.

Of course I voted FOR our proposal entitled Exit to Democratic Ownership, filed in conjunction with BuyTwitter.org. Add to the collective intelligence by tweeting #WeAreTwitter. Follow @BuyThisPlatform. See how and why I voted this and other items below. I voted with the Board’s recommendations 43% of the time. View Proxy Statement via SEC’s EDGAR system (look for DEF 14A).

Twitter’s Summary Compensation Table shows the highest-paid named executive officer (NEO) was COO and CFO Anthony Noto at $23.8M in 2016. I am using Yahoo! Finance to determine the market cap ($13.5B) and I am roughly defining large-cap as $10B, mid-cap as $2-10B, and small-cap as less than $2B. Twitter is a large-cap company. According to the Equilar Top 25 Executive Compensation Survey 2015, the median CEO compensation at large-cap corporations was $10.3M in 2015, so pay was well above that amount. Twitter shares outperformed the NASDAQ over the most recent one-year period but underperformed in the most recent two, and five-year time periods.

I voted “AGAINST” the say-on-pay item. The “Lake Woebegone effect,” where everyone is above average and the averages are recalculated upward every year, has to stop. We cannot just keep voting in favor of higher and higher pay packages. I would have also voted against all the compensation committee members. However, because of Twitter’s classified board and staggered terms, I would only vote against committee members Taylor and Scardino.

I have no reason to believe the auditor has rendered an inaccurate opinion, is engaged in poor accounting practices or has a conflict of interest. However, Egan-Jones recommends voting against it, favoring auditor rotation after seven years. I am not quite ready to set that as the bar, so voted FOR.

In the future, we recommend that clients withhold votes from Inside director Jack Dorsey if he continues to hold more than one other public directorship. We believe that the CEO, being the most critical role in a company, should hold no more than one other public directorship to ensure the effective and prudent exercise of his fiduciary duties as a CEO and that his integrity and efficiency are not compromised.

The only shareholder proposal included in the proxy was co-filed by James McRitchie (me) and Steffen Sauerteig (from Germany) as part of a worldwide movement to save Twitter from losing sight of its mission and being turned into another democratic-free zone. Join us at BuyTwitter.org. Add to the collective intelligence by tweeting #WeAreTwitter. Follow @BuyThisPlatform.

Our company is helping to spread First Amendment rights around the world. Access to information and the exercise of free speech are key to government “by and for the people.” However, Twitter is in trouble. A thousand dollars invested in Twitter at IPO is now worth about $540, whereas the same amount invested the Nasdaq is worth about $1570. With 330 million users sending a billion tweets every few days, our company should do better. Shareholders, employees, and users are frustrated that Twitter is not performing up to its potential.

Cooperatives, typically owned by their users or employees, also have roots in promoting democracy. According to the consulting firm McKinsey, cooperatives perform substantially better at growing market share than publicly traded companies. When customers are owners, companies are more in touch with customer needs. When employees are owners, they are more incentivized to collaborate and push new ideas.

Giving Twitter users and employees a louder voice through ownership and representation on the Board could accelerate growth to outpace other social media companies.

This proposal simply asks for a study to explore options. Those options could range from reincorporating the whole company as a cooperative to selling preferred shares to users and setting up an employee stock ownership plan (ESOP) for employees, allowing both groups to elect representatives to the Board.

Let us explore the potential of empowering Twitter users and employees “to create and share ideas and information instantly, without barriers,” by giving us a real voice in how Twitter is governed. The cost of a study is minor; the potential gains are phenomenal. Vote to study cooperative models and their possible applicability to Twitter; vote FOR proposal #4.

Twitter Proxy Voting Guide: How I Voted (Votes Against Board Position in Bold

As mentioned above, ProxyDemocracy.org had collected the votes of four funds when I voted.  Proxy Insight reported additional votes from Canada Pension (CPPIB), the Teacher Retirement System of Texas (TRS), and others. Unfortunately, they voted like Calvert. #4 is a new proxy subject, so none of the funds had guidance on the topic in the proxy voting guidelines.

Looking at SharkRepellent.net for other provisions unfriendly to shareowners. There are several major issues to just bring Twitter up to conventional corporate governance norms: