We hope this will be a wakeup call for Alphabet management. The fact that nearly 99% of ordinary class A shareholders supported this proposal is a strong message to management that Mr. Brin and Mr. Page may be the founders, but shareholders who have put the greatest investment at risk want an equal vote in company decisions, 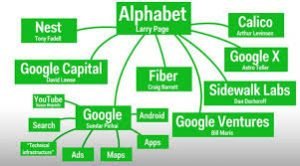 This shareholder proposal, brought by NorthStar’s pension fund, corporate governance activist and author James McRitchie, and activist investor John Chevedden as co-lead filers, along with co-filer Boston Common Asset Management was first filed in 2012 by Mr. Chevedden, and has been re-filed annually due to high shareholder support. This year, the proposal received an overall “for” vote of 28.9% when both voting classes (A and B) are counted together, which is a positive increase from the 2016 vote which received 27.7% in favor. However, the estimated “outsider” vote in favor jumped from 86% in 2016 to the nearly-99% vote this year. Remarked Chevedden,

This proposal is a great example of the value of the shareholder proposal process. As a small but active shareholder, the proposal I filed 5 years ago as an individual shareholder has now grown to give class A outside shareholders a communal voice that they couldn’t otherwise have.

Despite the high vote by class A shareholders, the company is not obligated to make a change in the share structure because Alphabet’s insiders Page and Brin represent over 51% of the vote while only owning about 11% of the shares cumulatively. Alphabet class A shareholders only receive one vote per share owned, while class B holders (typically insiders) outweigh “outsiders” with 10 times the voting rights.

Companies like to report that they have robust shareholder engagement programs, especially with their top holders, but given that we’re only a few percentage points shy of saying that all class A shareholders agree on the need for an equal vote is really a testament to overall shareholder dissatisfaction,

Ignoring outsider shareholder votes has all of the earmarking of a major disaster. It works when company profits are up, but will hurt its ability to recover from a stumble in the long run. 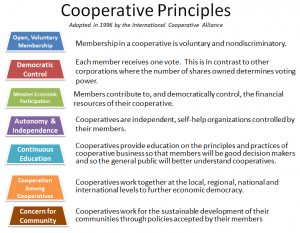 Want to get creative? Personally, I am not actually opposed to Alphabet having three classes of shareholders. Move all current shareholders into the same class with one vote per share and reuse the two additional classes, with each electing only a single director. One class could be for Alphabet employees, who would each get one non-transferrable perferred share. Another class could be for Alphabet power users who pay a small annual fee for some benefit, like seeing no ads. They would also get non-transferrable preferred user class share.

Instead of using multi-class shares to create a democratic-free zone, Alphabet could use a multi-class structure to be more inclusive, like a cooperative, giving greater voice to employees and users. I would like to see Alphabet become a beacon of democracy, instead of a benevolent dictatorship that could turn us all into something like cyber serfs on a whim. See A More Cooperative Based Twitter and Capitalists Arise!: Serve Stakeholders.

Since 1995, James McRitchie has published Corporate Governance (CorpGov.net), an online resource for news, commentary and transformation. He is long-time advocate of more democratic and sustainable corporations.

Boston Common Asset Management is an experienced investment manager that specializes in sustainable and responsible global equity strategies and manages over $2 billion on behalf of institutional and individual investors.