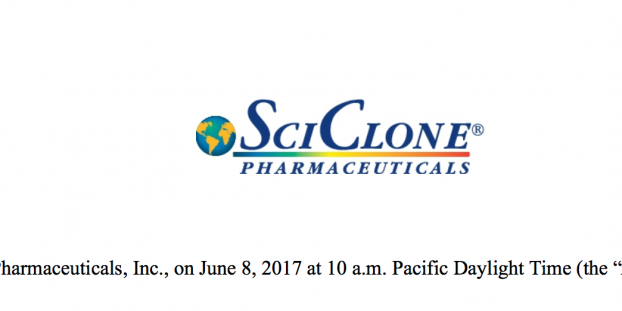 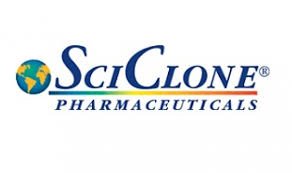 I voted FOR #5 proxy access, proposed by me, James McRitchie. See how and why I voted this and other items below. I voted with the Board’s recommendations 80% of the time. View proxy via SEC’s EDGAR system (look for DEF 14A).


Read Warnings below. What follows are my recommendations on how to vote the proxy in order to enhance corporate governance and long-term value.

SciClone Pharmaceuticals, Inc.’s ISS Governance QualityScore as of May 1, 2017 is 1. The pillar scores are Audit: 10; Board: 1; Shareholder Rights: 1; Compensation: 3. Brought to us by Institutional Shareholder Services (ISS). Scores range from “1” (low governance risk) to “10” (higher governance risk). Each of the pillar scores for Audit, Board, Shareholder Rights and Compensation, are based on specific company disclosures. That gives us a quick idea of where to focus: Audit.

SciClone Pharmaceuticals’ Summary Compensation Table (p. 35) shows the highest paid named executive officer (NEO) was CEO Friedhelm Blobel, Ph.D. at $2.3M in 2016. I am using Yahoo! Finance to determine the market cap ($500M) and I am roughly defining large-cap as $10B, mid-cap as $2-10B, and small-cap as less than $2B. SciClone Pharmaceuticals is a small-cap company. According to EY Center for Board Matters, the 3-yr average CEO compensation at small-cap corporations is $3.4M in 2016, so pay was well below that amount. SciClone Pharmaceuticals’ shares underperformed the S&P 500 over the most recent one, two, and five year time periods, outperforming only over ten years. Is it worth keeping?

I agreed and voted “For” the say-on-pay item.

I have no reason to believe the auditor has rendered an inaccurate opinion, is engaged in poor accounting practices, or has a conflict of interest. Egan-Jones recommends For. I agreed.

We recommend that clients WITHHOLD votes from the Company’s Chairman, Jon S. Saxe for holding more than one other public directorship. We believe that the Chairman, being responsible for the leadership of the Board and the creation of the conditions necessary for overall board and individual director effectiveness, should hold no more than one other public directorship to ensure the valuable and prudent exercise of his fiduciary duties as a Chairman and that his/her integrity and efficiency are not compromised.

I’m not quite ready to go there on the Chairman but did vote against Hawkins.

#5, Amend Proxy Access Right (McRitchie) Yes, once I submitted our proxy access proposal, the board adopted a ‘lite’ version, which limits nominating groups to 20, instead of allowing groups of up to 50. The Council of Institutional Investors, whose members have over $3T in assets, says its members cannot meet the 3 year/3% threshold with a 20 members group. Since their members are mostly indexed, it may take 30 to 50 members to get there. Of course, retail investors may also need up to 50 to implement proxy access. Most of the real problems in corporate governance are at small-cap companies, where few institutional investors have positions. With a group limit of 20, can SciClone Pharmaceuticals really be considered to have proxy access. If it can’t be implemented, is it really a right?

No one is invoking proxy access at this time, so it is important to get it right with a usable rule.

SciClone Pharmaceuticals: Votes Against Board Position in Bold

As mentioned above, ProxyDemocracy.org had collected the votes of only one fund when I voted.  Proxy Insight had collected additional votes votes from Calvert and Teachers Retirement System of Texas. Both funds voted For proposal #5. Calvert voted against the pay package.