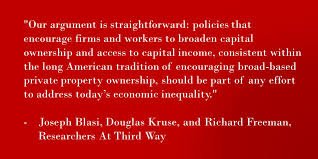 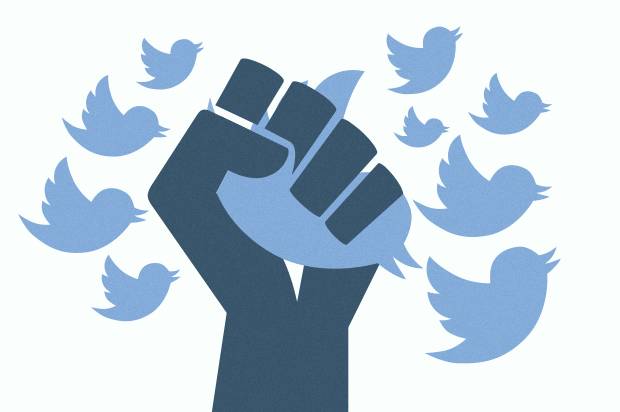 Through a proxy proposal, we asked the Twitter board to study broad-based ownership, such as cooperatives, for lessons to be learned on how to make Twitter both more productive and more democratic.

The proposal won enough votes to be brought back next year. In the meantime, we continue building a campaign and studying broad-based ownership models ourselves. With that backdrop, I was delighted to see commentary in Fortune by Joseph Blasi and Douglas Kruse entitled, Why Don’t Twitter’s Employees and Customers Buy the Company?   “Consider why it might actually work,” they argued.

Such a move might address two of Twitter’s “most intractable problems.” Fully engage its customer base and reconfigure an oversized underperforming equity compensation plan.

The arguments in favor of customer ownership are straightforward. Studies show that customers who own stock in a company are more loyal, use the company’s products more, talk up the company, pull in other customers, and are willing to be long-term patient shareholders.

The referenced study, Stock ownership as a motivation of brand-loyal and brand-supportive behaviors, found that 60% of respondents exhibited “increased motivation to favor the company’s products over those of competitors as a consequence of investing in the company’s stock.” Shareholders were also 43% more prone to “tell positive things about the company’s products to others.” Given those findings, existing shareholders (if they actually gave it serious consideration) would probably view efforts to dramatically increase stock ownership among users as very positive, as long as the mechanisms were not excessively dilutive of their own shares.

Like our proposal, Blasi and Kruse pointed to the Green Bay Packers as an example of an organization with broad-based ownership and loyal customer-shareholders. Another example they provided was Liberty Mutual Insurance.

Twitter has an employee ownership plan but it costs Twitter 18% of its total revenue or $682.1 million in 2015. That was more than any other tech company with a market cap of over a billion dollars.

I am very familiar with the work of Joseph Blasi and Douglas Kruse, both of Rutgers University, one of several universities I attended. They have been researching issues and writing about employee ownership for decades. All their research points to the benefits of workers having a stake in their companies, especially when combined with increased involvement in decision-making. As long-time experts in employee ownership, they are eminently qualified to offer the following advice:

Twitter’s employee share ownership program could be overhauled using an employee stock ownership plan (ESOP). ESOPs are different than typical Silicon Valley employee share ownership plans, which literally give away a chunk of stock and stock options annually, diluting existing investors. An ESOP is an employee trust that borrows money to buy the shares of existing shareholders or purchases new shares at the full market price. The company slowly pays back the loan, and the employees get the shares for free. Because the federal government wants to encourage the idea, there are tax incentives for the company. If properly structured, an ESOP could slowly buy out some of Twitter’s large shareholders and potentially introduce a new form of employee share compensation that is less dilutive to other shareholders. The inventor of the ESOP designed a consumer stock ownership plan that also makes credit available to consumers to purchase stock in companies where they are customers.

This is very significant because it appears Twitter’s current method of paying employees dilutes the value of stock held by investors such as Vanguard, ClearBridge, Morgan Stanley, BlackRock, Fidelity, etc. That is something those large investors would probably like to see changed. Small shareholders should also view it as a positive step. Studying the feasibility of restructuring Twitter’s stock ownership to more closely align the interests of current Twitter stockholders, employees and users could be a big step in that direction.
I suspect Twitter is overusing options, which can become worthless if the stock goes down in value. To avoid losing all their value, employees tend to cash out stock options soon after they vest. That can create a self-fulfilling downward spiral. Restricted stock, that must be held for a longer period of time, generally cannot lose all its value unless a company goes bankrupt. Being long-term shareholders would more closely align their interests with those of other long-term shareholders, incentivizing innovation, performance and increased share value.  Stock grants though an ESOP could also give employees some say over the Board. Options do not come with votes. Shareholders have a real stake in the company. Option holders have no ownership, only bets.
A lawsuit filed by Lax & Nevill LLP against Twitter alleges Twitter failed to disclose its employee pay model. The suit says that on average, about 30% of Twitter’s compensation was comprised of stock pay, compared to 16% and 17% at Facebook and LinkedIn. (Twitter’s Stock Based Compensation Spurs Investor Suits, Possible Employee Suits to Follow)
An ESOP or similar structure could more effectively empower employees, reduce turnover, induce greater loyalty and innovation… all at reduced cost to existing shareholders and providing an improved outlook for those employed at Twitter. Since ESOPs have a long history at companies like Procter & Gamble (PG), research into such a conversion from the use of options to restricted stock should be relatively easy. As Blasi and Kruse conclude, in part:

Twitter began as an innovation that captivated the world. A combination of customer and employee ownership could captivate the world again and make Twitter unique and the most talked/Twittered-about among tech companies.

In part of its research, Twitter could survey its users. Alphabet (Google), Facebook, Snap and other social media companies are controlled by their founders. Users and employees have very little formal say over how those companies are governed. Twitter already has more democratic corporate governance, since all shareholders have a voice (one share, one vote) in electing the board. Twitter could ask users and employees if additional ownership opportunities and representation on the Board would be seen as positive developments. Would broad-based ownership make them more devoted to the brand? Twitter could survey its employees and users at a minimal cost.
What would be the mostly likely outcome of an experiment in broad-based ownership? To get a rough idea, at least with respect to employees, I examined research conducted by the above two academics, as well as with a colleague, Richard Freemen of Harvard University, on data compiled by the “100 Best Companies to Work For in America” competitions. 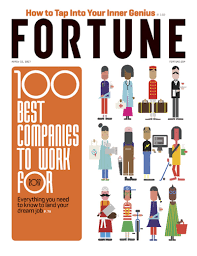 The study examines employee compensation and managerial personnel practices at companies that applied to the Great Place to Work® (GPTW) Institute competition to be labeled one of the “100 Best Companies to Work For in America” published by Fortune magazine each year. Interestingly, during the 2005-2007 study period, only 7.5% of public companies had an ESOP, whereas 17.6% of GPW applicants had ESOPS. That correlation turned out to be prescient.

The study measured GPTW companies against a control group for shared models of capitalism and workplace practices (high-trust supervision, high participation in decisions, and high information sharing). Return on equity (ROE) was 3.9% higher at GPTW firms. What follows are some of the important findings:

The available scientific evidence favors companies with broad-based ownership. Twitter and other companies should study this research and corporate experiences to arrive at a restructuring plan that will benefit shareholders, employees and users alike.