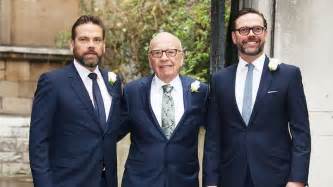 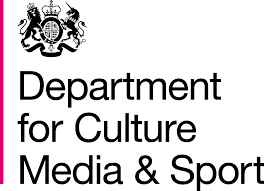 On Thursday 16 March in a statement to Parliament the Secretary of State confirmed that she was intervening in the proposed merger between 21st Century Fox, Inc and Sky plc on the media public interest grounds of plurality and commitment to broadcasting standards. This began the process whereby Ofcom and the Competitions and Markets Authority (CMA) prepared reports on the public interests specified and jurisdictional issues, respectively.

The Secretary of State received those reports on 20 June and on 29 June, in a statement to the House, confirmed that she is minded-to refer the proposed merger to a Phase 2 investigation on the grounds of media plurality and minded-not-to refer on the grounds of genuine commitment to broadcasting standards. She also confirmed that she is minded-not-to accept a set of undertakings-in-lieu of referral offered by the parties on 21 June.

The consultation is open until 5pm on Friday 14 July and can be accessed here: https://dcms.eu.qualtrics.com/jfe/form/SV_9RKG5ThJPLZA51P

All relevant documents to this case that have been made available can be found here: https://www.gov.uk/government/collections/proposed-merger-between-twenty-first-century-fox-inc-and-sky-plc.

Department for Culture, Media and Sport

What follows is one such third party submission.

We write as experts in corporate governance, to aid your deliberations about 21st Century Fox’s (“21C Fox”) bid for the remaining shares in Sky Plc (“Sky”). Many of Ofcom’s findings about corporate governance at Murdoch-owned companies are welcome, but Ofcom was not able to go into sufficient depth in several areas.

Ofcom concluded that “It seems clear that things went seriously wrong at Fox News. This was a grave failure of corporate governance”. Yet it accepted several claims by Fox, including one that “no executive director was aware of any allegations of sexual and racial harassment at Fox News prior to July 2016.” As there is a “high threshold”1 to finding a broadcaster “unfit and improper” Ofcom therefore did not withdraw the Murdochs’ broadcast license in the UK. However, the “threshold for a reference” to the Competition and Markets Authority “is low,”2 and we urge you to refer the bid for Sky to that body for a full phase 2 review.

We know that you are fully aware of the UK phone hacking scandal which derailed the Murdochs’ last bid for full control of Sky in 2011 as well as the unfolding sexual harassment scandal in which 21C Fox is embroiled in the United States. These failings occur at 21C Fox largely because the interests of the company are all subordinated to the wishes of one family.

At 21C Fox, this is a result of the dual class share structure in which the majority of shareholders own only non-voting Class A shares while a minority, including the Murdochs, own voting Class B shares. Together, the Murdoch Family Trust and Rupert Murdoch own approximately 39% of the voting shares in 21C Fox (as of the ‘new’ News Corporation). This means that they can exercise effective control of the companies while incurring the expense of owning only approximately 12% of the total stock. This structure is lawful, but it separates a company’s economic interests from its voting interests and risks creating a culture in which directors and executives are not accountable to the majority of shareholders.

Directors and executives should expect to be fired or step down for failure as the likes of, for example, Tony Hayward at B.P. and Bob Diamond at Barclays or Travis Kalanick at Uber, eventually did. In companies controlled by Rupert Murdoch by contrast, directors and executives are only fired for failure to please the boss or as a very last resort to protect the family’s interests.

For example, a llegations that Fox News’ lead anchor, Bill O’Reilly, engaged in improper sexual behavior in the workplace date back at least to 2004, when he was sued by his producer, Andrea Mackris, for sexual harassment. 21C Fox renewed Mr. O’Reilly’s contract in late February 2017, even though it was by then aware of several additional settlements with women who had complained about sexual harassment. We understand that Fox News and Bill O’Reilly together paid a total of $13m in settlements to complainants over the last 13 years in a bid to keep the story out of the news.

Fox has testified to Ofcom that senior executives were first ignorant and then acted to introduce new compliance mechanisms, and other measures to clean house. But phone hacking allegations were batted off with the ‘rogue reporter’ defence for many years, and there are several similarities to how the company has responded to sexual harassment to date.

Ofcom has rightly concluded that “there is a risk that the transaction may increase the political influence of members of the Murdoch Family Trust.” This is a very real risk given the Murdochs’ track record and the company structure which makes it hard for shareholders or board members to provide the necessary checks and balance. A full analysis by the Competition and Markets Authority of both plurality and broadcasting standards issues, running concurrently with other probes such as the investigation into secret payments to harassment victims by the US Attorney’s Office in New York are the only way to ensure that the systemic nature of the failings at Murdoch-owned companies is fully visible to you at the time you make your final decision on the bid.