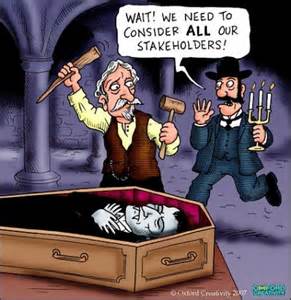 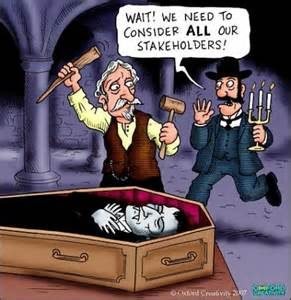 Innovations in Cooperative Ownership: Converted and Hybrid Listed Cooperatives (Link), by O.F. van Bekkum and J. Bijman, is one of the more interesting research papers I have read since our proposal for Twitter (TWTR) to study cooperatives won 5% of the vote, making it eligible for resubmission for the 2018 annual meeting. Before we redo the proposal (and perhaps expand its use to other companies), I want to examine the available research. If you lean of other studies, please let me know. For background on the 2017 proposal at Twitter and alternatives, see the following:

The title of the paper intrigued me, especially the possibility of discovering any cases of “hybrid listed cooperatives.”

In most corporations, including cooperatives, owners have residual rights of control and income distribution. Among most cooperatives, shares generate only bank interest levels of dividends, if any. Surpluses are generally distributed as a bonus based on transactions, such as hours worked or dollars spent. Therefore, incentives to invest capital in cooperatives are minimal, so cooperatives have difficulty raising enough capital to compete with typical firms traded on stock exchanges, even though being closer to workers/users gives them many advantages. Control of cooperatives is generally exercised on a one member, one vote basis, sometimes with a limited form of proportional voting.

The controlling principle of an enterprise is that of pursuing owner interests. In the publicly listed company this is shareholder value; in the classical cooperative it is user value.

The paper primarily researched farm supply/marketing cooperatives. One common problem among such companies is that, in most cases, members leave appreciated assets from the co-op when they withdraw. Some have addressed that issue by providing for appreciable share structures to allow participation in the cooperative’s value growth. Several examples are provided, including an example of annual increases of more than 20% a year. Other cooperatives generated additional capital using externally tradable subordinate bonds, paying up to 7.125% interest.

The example of Pro-Fac/ Birdseye Foods stood out to me, since it is based in the US and Birdseye is a well-known brand. I found more research on that case entitled Birds Eye Foods, Inc.

There were three primary motives for the conversion of organizations, including cooperatives: access to equity, demand for liquidity and acquisition of assets. In the case of Birds Eye, it appeared that the fundamental reason Pro-Fac undertook the conversion (and divestment) was to increase the company’s access to equity capital because it had exhausted its source of member equity.

I spent a few minutes trying to trace what happened to the co-op but the string was long and winding. Somehow Birdseye became part of General Foods, then was merged with Kraft Foods, which became Altria. It was then sold to Dean Foods, then went independent, and was purchased by Pinnacle Foods, PF traded on the NYSE. Somewhere along the way, Pro-Fac/Birds Eye had became the first agricultural cooperative to be listed on the NASDAQ but a non-cooperative investor held a majority and controlling interest in the company. In the end, it was another cooperative converting to a public company but I have no evidence they kept the values of their cooperative roots.

This is the category that most interests me. Generally, these were cases of cooperatives that sought to retain their cooperative principles but hoped to gain the benefits of raising outside capital. This was generally accomplished by having the cooperative issue separate classes of equity shares. Such shares could be preferred stock, nonvoting common stock or participation certificates.

“Another form is that where, the cooperative has established a subsidiary (i.e., a separate legal entity) whose shares become publicly traded. The cooperative remains in place as a shareholder organization, representing its member interests.” The authors discuss several Irish farm cooperatives that sold shares to employees and the public. One company was Südzucker, which went public with preferred shares on the Frankfort Stock Exchange.

I am not sure how it works in Germany. However, in the United States one of the advantages of preferred stock is that it generally don’t carry voting rights, or at least not equal to common stock. Preferred stock generally carries a dividend and its value in bankruptcy is determined ahead of common stock.

“Three agricultural cooperatives from Finland have brought their subsidiaries to the stock market but have retained a controlling stake in these companies through the introduction of a separate class of shares, exclusive to members and which carry with stronger voting rights.” For example, “LSO Cooperative has 37% of the shares in HK Ruokatalo (listed in February 1997), but 84% of the voting rights.”

Cooperatives have sometimes created subsidiaries, open to investors outside the co-op.

Clearly, entry of external investors introduces conflict of interests between members, who prefer benefits through use, and external shareholders, favoring high return on investment.

One of the most interesting examples under this category is Sodiaal, which exchanged 50% ownership in subsidiary Yoplait for a large capital infusion from a bank. The agreement was to list Yoplait as a publicly traded company. It appears they sold a 51% interest in the company to General Mills in 2011, although maybe that was only for franchise rights. In any event, Yoplait is not a publicly traded subsidiary.

In this variant, “the cooperative splits up its business into a commodity business and a value-added company, obtaining stock-listing for the latter and a delivery right for the former.” In theory, members keep control over their market access and fair prices, but obtain financial revenues from their value-added shareholding. However, as the authors note, “once a third party acquires the listed entity with its brands, distribution network etc., the future of the commodity business may be imperiled.” One example provided is Dairy Farmers Group (Australia)

The authors also provide several examples of cooperatives acquiring listed companies and absorbing them into the cooperative.

Do the experiments portend the end of the cooperative business form or should we get excited by innovations that could reinforce the cooperative movement? The authors suggest that majority ownership is not as important as who gets the residual income. “So long as the sensitivity to business performance is with members proportional to their transaction volume, member interests remain uniform and there is a basis for cooperative entrepreneurship.” Once non-members begin to capture residual benefits, conflicts emerge and member relationships are threatened. The following appear to be some of the lessons learned:

The authors suggest further research is needed to determine the following:

I am not sure such questions can ever really be answered, since cooperatives don’t set up test and control divisions to enable scientific experiments.

Hybrid Listed Cooperatives: Implications for Moving in the Opposite Direction

Are there any lessons from Innovations in Cooperative Ownership: Converted and Hybrid Listed Cooperatives for shareholders of public companies, like Twitter, who want their companies to move toward cooperative models from co-ops that have moved in the opposite direction?