Publisher’s Note: The following guest post from Timothy Smith reproduces a recent investor letter to the BRT (Business Roundtable) concerning the importance of shareholder resolutions. I added title, graphics, changed some of the formatting and added a note about the BRT for background. See also previous posts: Financial CHOICE Act: From too big to fail, to too big to listen and Financial CHOICE Act: Take Action. Download the original letter via pdf.

We are writing to express the deep concerns of numerous investors regarding the Business Roundtable’s active campaign to effectively end the ability of most investors to file shareholder resolutions for a vote at corporate annual general meetings.

Earlier this year, the Business Roundtable (BRT) sent a letter to the Trump Administration highlighting sixteen regulations that the organization thought were “of most concern” to its members, noting that the regulations “directly and negatively impact economic growth.” One of those was the shareholder proposal process, characterized by BRT as permitting “activist investors with insignificant stakes in public companies [to] make shareholder proposals that pursue social or political agendas unrelated to the interests of the shareholders as a whole.” The BRT also issued a statement after the House’s passage of the Financial CHOICE Act highlighting your support for the Act’s proposed revisions to Rule 14a-8. We believe the rule plays a unique and positive role in addressing a wide range of long-term risks and opportunities in the business community.

The BRT’s proposal to eviscerate shareholders’ ability to file resolutions is founded upon a number of inaccuracies and false assumptions. We urge you to review the premises on which this proposal is based.

Shareholder proposals are routinely sponsored by prominent fiduciaries like the public pension plans of California, New York State, New York City, and Connecticut; foundations; labor funds; faith-based institutional investors; and SEC-registered investment advisers, including mutual fund and other asset managers. Dismissing these institutions as “activist investors with insignificant stakes” is factually incorrect and disrespectful. These are fiduciaries, acting to address long-term risks on behalf of their clients, participants and beneficiaries.

BRT’s statement that shareholder resolution sponsors pursue “social or political agendas unrelated to the interests of the shareholders as a whole” is directly at odds with numerous public statements and commitments made by your own corporate members that recognize the strong link between business success and social and environmental sustainability.

In the vast majority of cases, shareholders file proposals with companies to encourage better performance in areas that contribute to long-term shareholder value. Numerous resolutions now garner majority support and many get votes in the 30-50 percent range, demonstrating that these issues resonate with shareholders who see them as in “their interest” and worthy of support.

Several other points are noteworthy:

Most shareholder proposals present a strong business rationale. For instance, one governance topic, board diversity, has been a popular focus of shareholder proposals over the past two decades. There is a substantial and growing body of literature showing that diverse boards make better decisions, and are value enhancing for investors. Examples include research by Credit Suisse, Morgan Stanley, McKinsey, and numerous academic institutions. Shareholder proposals often played an important role in encouraging companies to review their board composition and increase board diversity.

Another frequent topic is reporting on and managing risks related to climate change, which accounted for approximately 69 resolutions filed in 2017, according to the law firm Gibson, Dunn & Crutcher.[1] The costs to the global economy of ignoring the possibility of catastrophic climate change run into the trillions of dollars according to sources like Ernst & Young and the London School of Economics. That will affect the fortunes of countless companies and their investors if not addressed effectively. Companies that are leaders in assessing and managing climate risks outperformed their peers substantially, according to a report by Bloomberg. Investors clearly expressed the financial relevance of this issue through recent votes on shareholder proposals addressing climate change at Occidental Petroleum and ExxonMobil, which received 67 percent and 62 percent of the vote, respectively.

Similar resolutions on climate change that were filed at approximately one dozen other companies also received high shareholder support levels. According to Gibson Dunn, proposals asking companies to “review and report on climate related risks” averaged 46 percent support, and proposals seeking a review and report on greenhouse gas emissions averaged 30 percent according to EY.

Moreover, the Financial Stability Board’s Task Force on Climate Related Disclosures just issued its recommendations, which were endorsed by the CEOs of Bank of America, Citigroup, JetBlue Airways, Johnson Controls, PepsiCo and many other leading corporations and investors.

These examples underscore our point that the shareholder resolution process cannot and should not be dismissed as driven by special interest shareholders with no financial stakes in the market.

We are encouraged by the increasing conviction on the part of the business community that leadership in sustainability is good for long-term financial value. We believe that the shareholder resolution process has contributed positively in this regard. Thousands of companies:

Measures such as these are associated with financial outperformance as well. There are hundreds of academic and financial studies supporting this point. For instance, Bank of America’s December 2016 report concludes that ESG metrics are “strong indicators of future volatility, earnings risk, price declines and bankruptcies.”[2] A meta-study[3] that incorporated the results of more than 2,000 academic papers noted that approximately 90% of the studies reviewed concluded that the relationship between corporate financial performance and corporate performance on sustainability metrics was either positive or insignificant, meaning that sustainability was rarely found to be associated with poor financial performance, and often found to be associated with outperformance.

Hence, we are perplexed as to why the Business Roundtable supports changes that essentially eliminate this fundamental right for all but the very largest shareholders, who have never submitted proposals. While the BRT states that this is a “member priority,” this is not the message we have been hearing from your members. To the contrary, numerous companies in the BRT engage constructively with investors on many of these issues, often prompted by shareholder resolutions that get withdrawn before going to a vote. JP Morgan Chase, for example, hired its first Director of Environmental Affairs and adopted a comprehensive set of environmental policies in response to a shareholder proposal.

We recognize that many of your members who are the recipients of shareholder resolutions would welcome revisions to Rule 14a-8. But they are not champions of a campaign to essentially quash a vehicle that has a decades-long track record promoting constructive engagement with shareholders. Furthermore, the proposed changes to the shareholder resolution process would dramatically diminish the resilience of American capitalism by shielding corporate boards from fresh ideas that, with few exceptions, relate to emerging, long-term risks. The BRT proposal would also deprive most shareholders of the ability to communicate effectively with boards, undermining directors’ ability to carry out their fiduciary duties.

We urge the BRT to end this campaign, including your support of the CHOICE Act section on shareholder resolutions, and join in a dialogue with investors to better understand our perspectives on the very positive role shareholder resolutions play in the corporate governance process. We are also copying leading investors and investor organizations that are working to protect this important shareholder right. We look forward to discussing this with you. 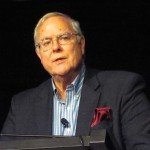 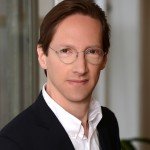 [1] Note these are figures used in a June 29 memo from Gibson Dunn which relies on ISS data for its analysis. Si2, a respected source of information on social and environmental issues believes ISS undercounted the total since they missed counting resolutions that were filed but withdrawn early in light of agreements.

About the BRT (from Wikipedia):

The Business Roundtable also acts as a major lobby that aims to extend or maintain administrators’ rights/power in large companies. For example, the U.S. Securities and Exchange Commission adopted the so-called “shareholders’ access to proxy” rule, which aimed to empower shareholders in the proposition and nomination of administrators of big corporations. The Business Roundtable was strongly against that rule, as its president John Castellani reported to the Washington Post about removing this rule: “this is our highest priority […] Literally all of our members have called about this“.[8] And they got the upper hand: the SEC rule was finally dropped after intense lobbying and lawsuits.