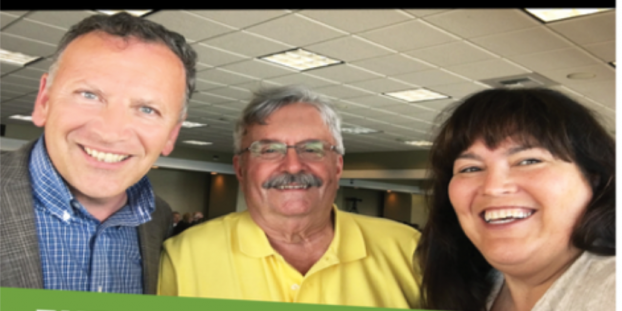 Keep CalPERS healthy; vote for Flaherman and Brown. Ballots have been mailed out to more than 1.5 million CalPERS members. They must be received by October 2nd to count. This is probably the most important election the $333B+ System has ever held, given how the board isolated and ostracized current director J. J. Jelincic for doing his job.  I voted for Michael Flaherman and Margaret Brown. I recommend all members do the same. Take action today.

Questions? Contact mike@flaherman.com and margaretbrown@aol.com before and after the election. Flaherman and Brown won’t hide from members once elected. Both have also been endorsed by J. J. Jelincic, the only current board member who routinely asks the tough questions of staff and others on the Board.

Flaherman has the needed experience and determination to lead the organization.  He has worked in the investment business for more than ten years in senior roles. Before then, he was a member of the CalPERS Board representing government employees. Most recently, he served in academia at Harvard and UC Berkeley, where he contributed significantly to protecting pension beneficiaries worldwide from investment scams.

​Brown has led hundreds of large-scale school building projects and worked on sizeable bond measures including investment of proceeds. She has prudently managed billions of dollars including preparation of financial reports for examination by Boards, State auditors and independent oversight committees. She has the education and experience to research the issues, ask tough questions, and hold staff accountable. 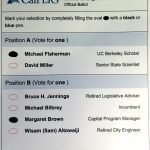 Vote for Flaherman and Brown

Think your pension is guaranteed? Think again. Current funding is at 69%. If that level falls significantly the cost to employers will climb. Additionally, the ratio of active employees to retirees is declining. Yes, anyone elected to the CalPERS Board will tell you they will “fight” to maintain our pensions. However, only Flaherman and Brown have the expertise to help CalPERS both earn a higher return without increasing risk and save unnecessary expenses. Doing that will reduce the need to defend CalPERS from attacks. Sometimes the best defense is running an efficient and effective Board.

Flaherman and Brown Will Not be Muzzled

I know what it is to be muzzled by CalPERS. I ran for the Board against then Chairman William Crist at the end of the last century.

No candidate in the history of CalPERS had ever been allowed to change anything in their candidate statement, not even to correct small grammatical errors. With the permission of staff, Mr. Crist was allowed to change his statement to address ethical concerns about him raised in my statement. The election was not overturned because CalPERS rules require proof the results of an illegally conducted election would have been different had the rules not been violated. Proof might be obtained in a case of ballot stuffing but not candidate statement rewriting.

The growing corruption I alluded to in my campaign was real. After the election, the majority of the Board, including two later named in a bribery scandal and the current Chairman, voted campaign rules that would bar candidates from discussing any issues of concern to members in their candidate statements. Even though candidate statements are fact checked, incumbents wanted no criticism of their gift taking or other unsavory activities. Michael Flaherman was the only Director elected by CalPERS members to vote against the rule, later overturned because of public outrage.