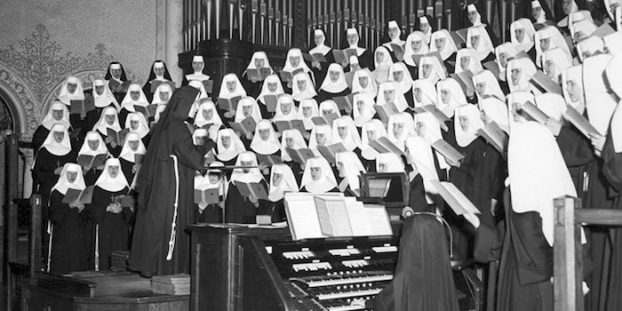 Conoco’s virtual only annual meeting is the target of a shareholder proposal by the Sisters of St. Francis of Philadelphia. A similar proposal was filed at Comcast. The Conoco resolution has already been cofiled by the Church of the Brethren Benefit Trust and the Needmor Fund, a Walden client.

As responsible shareholders, we believe good corporate governance includes the opportunity for shareholders to meet face-to-face with the company’s Board and management at the Annual Shareholders Meeting.

The decision to move an annual meeting to cyberspace has moved far beyond a minor internal management decision and become an important governance matter for companies. Imagine if companies facing major controversies had decided to forgo physical meetings. If a company faces debate on their comp package or its climate change position or has votes on shareholder resolutions it is also a problem to have a disembodied discussion on line for a  stockholder meeting.

For more views, see Nuns tell companies to get real over virtual AGMs @FT and In Depth: Growth in Virtual-Only Meetings a Concern for Institutional Investors @ Chief Investment Officer.

According to the ConocoPhillips (COP) proxy from last year:

We are excited to embrace the latest technology to provide ease of access, real-time communication and cost savings for our stockholders and the Company. Hosting a virtual meeting will facilitate stockholder attendance and participation by enabling stockholders to participate from any location around the world… The online format for the Annual Meeting also allows us to communicate more effectively with you via a pre-meeting forum that you can enter by visiting www.conocophillips.com/annualmeeting where you can submit questions in advance of the annual meeting.

Whenever I have an opportunity, I typically ask what advantage a virtual meeting has over a hybrid meeting. I have never gotten a coherent response. Usually, my question is just skipped over… because of “time limits.”

Conoco In Person Proposal: From the Transmittal Letter

As you know from past discussions and correspondence with investors, the decision to move to “virtual only meetings” and blocking shareholders from attending the company’s annual meeting in person is increasingly controversial. For example, the NYC pension funds are voting against directors on the Governance Committee of companies moving to virtual only stockholder meetings. This issue has also been discussed at CII and other gatherings of shareholders resulting in widespread criticism. In an ISS recent publication “2017-2018 ISS Global Policy Survey, the results of the survey were summarized as follows.

In the U.S., UK and some other markets worldwide, companies are permitted to use electronic means of communication to facilitate the participation of shareholders at general meetings.  While there are benefits to allowing shareholders to participate remotely, some investors have raised concerns that replacing physical meetings with virtual-only meetings may hinder meaningful exchanges between board members and shareholders.

Survey responders were asked to provide their view on the use of remote means of communication for facilitating shareholder participation at general meetings, i.e. “hybrid” or “virtual-only” shareholder meetings.

Conoco In Person Proposal: From the Proposal’s Text

We strongly support the use of new technologies to make annual meetings accessible to stakeholders who cannot attend in person. This makes “attendance” simpler for investors globally and is a creative tool expanding outreach.

….online-only stockholder meetings allow companies to control which questions and concerns are heard and manipulate the exchanges between shareowners and the company. Face-to-face annual meetings allow for an unfiltered dialogue between shareholders and management. The Council of Institutional Investors, a coalition of America’s largest pension funds with portfolios exceeding $3 trillion, in its corporate governance guidelines states, “Cyber meetings should only be a supplement to traditional in-person shareholder meetings, not a substitute.”

In addition, this governance issue has elevated strong opposition from many investors. For example, the pension funds of New York City are voting against directors serving on Board Governance Committees of companies moving to virtual only meetings. This illustrates the increasingly controversial nature of eliminating in person stockholder meetings and signifies that this is not a minor governance matter for management to decide…

RESOLVED: Shareholders request the ConocoPhillips Board adopt a corporate governance policy affirming the continuation of in-person annual meetings in addition to internet access to the meeting, adjust its corporate practices accordingly, and publicize this policy to investors.

Think about it. When was the last time you wrote a letter? We are not living in the age of Ben Franklin. I urge Conoco shareholders to write that letter or make a phone call. We fully expect Conoco will seek permission from the SEC to exclude the in person proposal from the Sisters of St. Francis of Philadelphia. Shareholders can stop them and allow a vote… if enough act.

Call them (or their contractor) at 800-356-0066. Write to Conoco’s transfer agent (we don’t even get to write to Conoco!) at Computershare, P.O. Box 30170, College Station, TX 77842. Tell Conoco you want to be able to vote on the important issue of in person meetings. Put the in person meeting proposal on the ballot. Tell them you support holding hybrid meetings but oppose the move to virtual-only meetings.

California Corporations Code Section 600(e) explicitly authorizes meetings to be conducted, in whole or in part, by electronic transmission by and to the corporation or by electronic video screen communication.  However, widely held California corporations, as a practical matter, will not be able to conduct virtual meetings.  The reason is that the statute requires the corporation to hold a meeting at a physical location absent receipt of consent from all shareholders to the electronic meeting. (California And Virtual Annual Meetings)