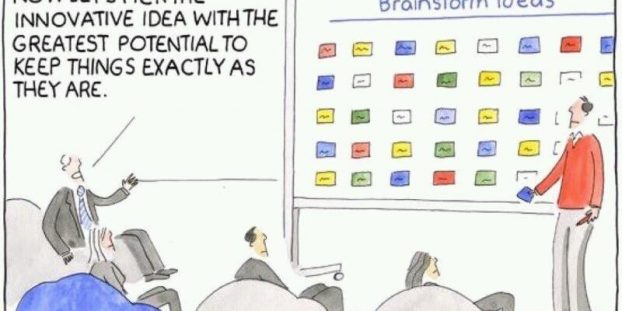 The Clorox Company, CLX, manufactures and markets consumer and professional products worldwide. It operates through four segments: Cleaning, Household, Lifestyle, and International. CLX opposes giving shareholders effective proxy access to enable us to place nominees on our company’s ballot. Shareholders have no right to act by written consent. It takes 25% of shareholders to call a special meeting and 80% to amend certain charter amendments. In short, shareholder rights are lacking. Without changes, CLX is likely to continue to lag the S&P 500, as it has done for the last one, two and five year time periods.

Most shareholders don’t vote because reading through 77 pages of the proxy AND many more pages of appendices isn’t worth the time for the small difference your vote will make. Below, I tell you how I am voting and why. If you have read these posts related to my portfolio for the last 22 years and trust my judgment (or you don’t want to take the time to read it), go immediately to see how I voted my ballot. Voting will take you only a minute or two and every vote counts.

The annual meeting is coming up on November 15, 2017. I voted with the Board’s recommendations 90% of the time. View Proxy Statement via SEC’s EDGAR system (look for DEF 14A).

From the Yahoo Finance profile: The Clorox Company’s ISS Governance QualityScore as of October 15, 2017 is 6. The pillar scores are Audit: 1; Board: 3; Shareholder Rights: 7; Compensation: 6.

I voted with the Board on all directors. Egan-Jones considers directors, such as those with 10 years or more on the Board as “affiliated” and, therefore should not be serving key board committees. On that basis, they recommend a withhold from Robert W. Matschullat. I find that an interesting policy but am not quite ready to embrace it.

Clorox Company’s Summary Compensation Table shows the highest paid named executive officer (NEO) was Chairman/CEO Benno Dorer at $8.1M. I’m using Yahoo! Finance to determine market cap ($16.85B) and I am roughly defining large-cap as $10B, mid-cap as $2-10B, and small-cap as less than $2B. Clorox Company is a large-cap company. According to the Equilar Top 25 Executive Compensation Survey 2015, the median CEO compensation at large-cap corporations was $10.3M in 2014, so pay was well under that amount. CLX shares underperformed the S&P500 over the most recent one, two, and five year time periods.

Egan-Jones Proxy Services takes various measures to arrive at a proprietary rating compensation score, which measures  wealth creation in comparison to other widely held issuers. “Good” is their rating given on compensation issues for CLX. Egan-Jones concludes:

Given below median pay and recommendation Egan Jones, I voted “FOR” the say-on-pay item, despite continued underperformance.

I have no reason to believe the auditor has rendered an inaccurate opinion, is engaged in poor accounting practices, or has a conflict of interest.  However, Egan-Jones notes “Ernst & Young, LLP has been serving as the Company’s auditor for more than seven years. We believe that the companies should consider the rotation of their audit firm to ensure auditor objectivity, professionalism and independence.” I agree, so voted AGAINST.

There seems to be a disagreement on this one between Calvert, as reported on Proxy Democracy saying the plan’s dilution exceeds 10% and Egan-Jones saying it is substantially less. “Egan-Jones does not include granted but unexercised shares in its dilution calculation since these options are already held by grantees and often can be exercised at any time including prior to the publication of this report.” That may be the difference. From what I understand, voting against the material terms of the plan won’t change the plan. It will only limit its tax deductibility. I voted FOR.

Egan-Jones recommended for. Both funds reported voting in advance voted for. I voted FOR.

There is only one shareholder proposal on the proxy. The proposal is mine, so you can be sure I voted ‘FOR.’ Egan-Jones recommended for and both funds reported voting in advance voted for.

The proposal seeks to amend existing proxy access bylaws at CLX that give the appearance of providing a mechanism for shareholders to place up to two nominees on the proxy under specified circumstances. However, the conditions would make that nearly impossible. The suggested amendments would make such intervention more feasible by eliminating limits on shareholders forming a group, allowing up to 25% of seats to be so nominated (instead of 20%) and removing the conditions on renomination. This is simple good governance, especially needed at an underperforming company like CLX. Again, I voted FOR.

In addition to Calvert and CBIS votes reported by Proxy Democracy, Proxy Insight reported that Canada Pension Plan voted FOR all items. I expect they will report out a few more votes before the meeting.  My recommended votes that differ from what the Board recommends are noted in bold.

In the event that a stockholder wishes to have a proposal considered for presentation at the 2018 Annual Meeting of Stockholders and included in the Company’s proxy statement and form of proxy used in connection with such meeting pursuant to Exchange Act Rule 14a-8, the proposal must be received by the Company’s Corporate Secretary no later than the close of business on May 25, 2018. Any such proposal must comply with the requirements of Rule 14a-8.