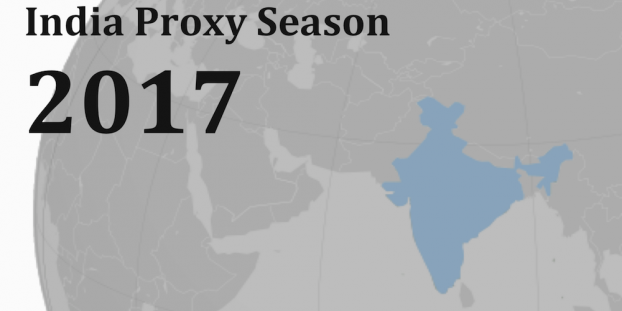 The India Proxy Season 2017 came to an end on September 30th. InGovern collated meeting details of 1,502 companies. I do very little to cover the India proxy season, so welcome this informative report from InGovern, India’s first independent corporate governance research and advisory firm.

Downloaded a pdf of the report, India Proxy Season 2017

Increase in instances of shareholder activism is a clear indicator that shareholders are gradually seeing themselves as owners than as mere investors. This should act as a catalyst in improving the corporate governance culture, transparency in disclosures and level of engagement with stakeholders across companies in India.

Again, the full India Proxy Season report, prepared by InGovern, can be downloaded in pdf