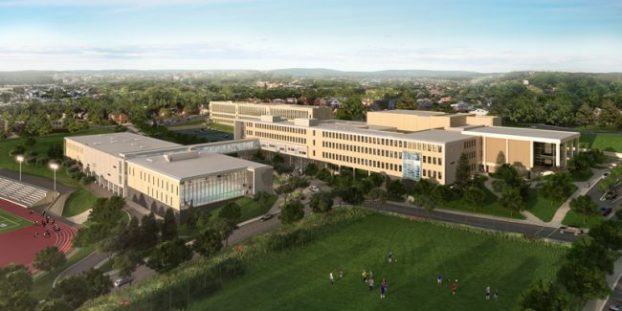 I was in a Mt. Lebanon English class on November 22, 1963, taking a test when the principal came on the loudspeaker to let us know President Kennedy had been assassinated. Our teacher told us to take a moment of silence. After 60 seconds, we were to resume our test.

As I had so many other times, I refused to comply with the directives of Mt. Lebanon teachers and flunked the test. Sixty seconds? I was outraged. I was sure if Nixon had been president and had been assassinated, we would have been told to go home. A few year earlier, Nixon had joined us briefly in a game of kickball in front of a friend’s house. It was that kind of Republican community.

After school let out the day Kennedy was killed, my friends and I ripped apart a cabin we had built behind a neighbor’s tennis court. I never returned to that pile of rubble. It was the end of Camelot; it was the end of innocence… although I had never really been innocent, just idealistic and naive.

I refused to recite from the Bible in third grade, telling my teacher I was a practicing Buddhist. In fourth grade, I refused to pledge the flag, saying I was a Canadian Jehovah’s Witness.

In seventh grade, I was beaten by the vice principal for correcting my teacher in class. He told me that in Ms. Korngiebel’s class, China was the second largest country in the world, not Canada. Discipline and respect were more important than truth. That began my interest in the sociology of knowledge but Peter Berger almost threw me out of his class many years later. He didn’t like my line of questioning. Instead, I stayed and he left Boston College for Boston University.

I had many other run-ins with Mt. Lebanon authorities. Yes, I flunked a lot of courses for refusing to trace diagrams in a biology book (that’s what books are for), not memorizing valence numbers (that’s why we have the periodic table) and other such nonsense.

Somehow, I knew that in other neighborhoods in America, few fathers were building real airplanes in  three car garage. Kids were not making video calls between the downtown headquarters of Westinghouse and Alcoa. Mt. Lebanon was different. Its many CEOs and corporate vice presidents earned about 40 times what the average worker earned. (Now 270 times.) I thought they were out of touch with reality.

I grew up identifying with the “poor” because my father was a lowly associate research professor at Mellon Institute. Our house was called the “closet” because it was so small. We had marble windows sills but didn’t shop at Brooks Brothers.

Last year, I went back to Mt. Lebanon for a fifty-year reunion. Pittsburgh and Mt. Lebanon are no longer the citadels of capitalism they once were but the $110M renovation of our old high school provided evidence that vestiges remain. Class volunteers maintain a reunion website where my former classmates can catch up with each other regarding current activities. I posted something very innocuous about my activities in corporate governance. It was immediately taken down as “too political.”

Mt. Lebanon had no blacks that I recall, except an exchange student from Africa. After I moved to New Jersey, Muhammad Ali offered $195,000 in 1971 for a six-bedroom home in Mt. Lebanon but they wouldn’t sell to a negro. The house later sold for half that price. There was one Chinese fellow in my class. I contacted him to see if he was going to the reunion. He told me something to the effect that he had no wish to bring back those old memories.

Change comes slowly, as we are reminded by daily revelations of sexual harassment. At least we seem to be moving in the right direction on that front. My mother had to drop out of high school to help put her brother through medical school. I remember my father showing her that if she took a job we would actually have less income, after increased expenses. Years later, I taught her how to drive and she went back to school for her high school diploma.

How different would the world be if the United States had Norway’s boardroom quota law back in 1963? Norwegian quotas were initiated not for economic reasons but to address societal needs for justice, democracy, participation, equality and human rights. In comparison, our country feels so crass. The ‘bottom line’ is almost always money. Of course, that is also important but the problem is distribution, not volume.

John Fitzgerald Kennedy’s legacy will be honored in a commemoration ceremony on Wednesday (today), marking the end of a year-long centennial celebration of the president’s birth.

The event, organized by the National Park Service, runs until 4 p.m. at the house JFK grew up in at 83 Beals St. in Brookline. The remembrance also falls on the anniversary of Kennedy’s assassination in Dallas on Nov. 22, 1963.

Remembering the day of Kennedy’s assassination, I felt bound and gagged in Mt. Lebanon. In contrast, intellectual freedom came with the Boston Consortium and later praxis in Sacramento.

Have a good Thanksgiving.