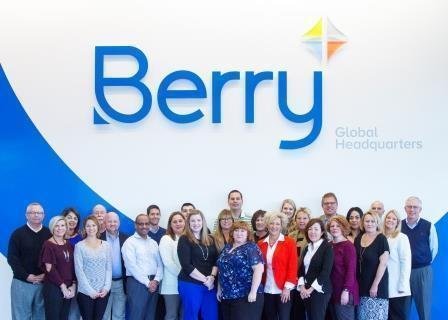 This year, in response to a proposal we filed on behalf of my wife, Myra Young, the Board of the Berry Global Group amended its bylaws and governance guidelines to require a majority vote for directors running in uncontested elections and further requiring that unsuccessful nominees tender their resignation. (8-K filed November 30). We are gladly withdrawing the proposal, which was implemented in full.

Those keeping score, like the U.S. Chamber of Commerce Center for Capital Markets Competitiveness and the Business Roundtable, will simply mark this year’s proposal as another one filed by a small shareholder, who should not have the right to file, and who withdrew their proposal… seemingly in defeat. Last year that shareholder lost a no-action contest, so that proposal must have been without merit.  No one keeps track of multi-year efforts by shareholders to end what are essentially democratic-free zones in corporate America. (see Shareholder Society Better Chamber Mantra)

While we applaud the Berry Global Group for implementing the proposal, it would have been nice to acknowledge the role played by a shareholder for initiating the change. As is typical, no mention was made of a proxy proposal. Shareholders are rarely recognized as playing any role in corporate governance beyond voting their proxies. (Download pdf of withdrawal BERY 12-4-17.)

On November 30, 2017 the Board of Directors (the “Board”) of Berry Global Group, Inc. (the “Company”) approved the amendment and restatement of the Company’s Bylaws (the “Amended and Restated Bylaws”), effective as of November 30, 2017.  The principal features of the amendments are as follows:

In addition, the Board approved the amendment and restatement of the Company’s Corporate Governance Guidelines (the “Amended and Restated Governance Guidelines”) to include a director resignation policy effective as November 30, 2017. The Amended and Restated Governance Guidelines require an incumbent director nominee who receives more votes cast “against” than votes cast “for” re-election to tender their written resignation from the Board within 10 business days following the certification of the election results to the Nominating & Governance Committee of the Board for their consideration.  The Nominating & Governance Committee will make a recommendation to the Board as to whether to accept the director’s resignation; the Board will consider this recommendation and determine, within 90 days after certification of the election results, whether to accept the director’s resignation and will promptly publicly disclose its decision (including the reasons underlying the decision).

When we filed the initial proposal to declassify the Board at Berry Global Group my wife had 110 shares, worth about $3,500.  The Financial Choice Act would have required that she own at least 1% of the company, millions of dollars. Her shares are now worth about $6,600 and are more attractive to investors, like most members of the Council of Institutional Investors, who favor a majority vote requirements, proxy access and a declassified board.

Just as shareholder rights are being considered for extinction, advocates are being recognized. Congratulations also to Pat Miguel Tomaino of Zevin Asset Mgmt who made the Bloomberg 50 for filing SHAREHOLDER PROPOSALS! Bloomberg names “the executives, entrepreneurs, experts, and entertainers whose 2017 merits applause and recognition—or, in a few instances, just recognition.”

Tomaino filed the first shareholder proposal asking a U.S. company, Starbucks Corp., to offer parental leave to all employees, including adoptive parents and LGBT couples, at all wage levels. Starbucks opposed the proposal but amended its leave policy to include adoptive parents working in retail locations.