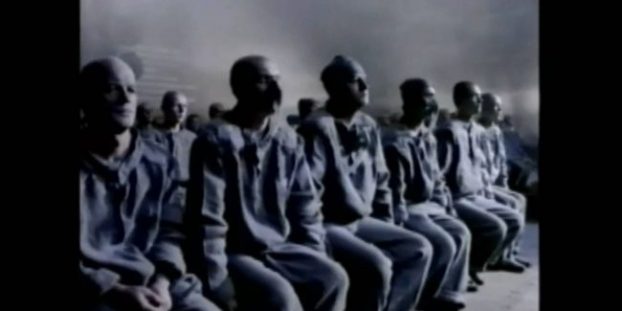 Apple again invokes the ‘ordinary business’ exclusion roadmap provided by SEC Staff Legal Bulletin 14I (SLB 14I) in an attempt to muzzle shareholders. In the face of mounting evidence of inevitable manmade climate change and with the recognition that society has increasingly limited possibilities of mitigating the worst outcome for future generations, Jantz Management LLC submitted a shareholder proposal to Apple, Inc. asking the company to report on the feasibility of achieving net zero greenhouse gas (GHG) emissions, including Apple’s manufacturing GHG emissions, by a target date of 2030, 2040, or 2050.

Similar to a proposal submitted by Jing Zhao, requesting that Apple establish a Human Rights Committee (see no-action request), the company did not engage in dialogue with the shareholder, but responded by invoking the ordinary business exemption under rule 14a-8(i)(7), asking the SEC to allow the company to omit the shareholder proposal from its 2018 proxy statement.  As Jing Zhao has done (download pdf: Zhao-SEC-Apple 2018 proposal), Jantz Management responded with arguments as to why the shareholder proposal should be submitted to shareholders for a vote. In this case, highlighting the Apple’s failure to set a target date for eliminating its carbon footprint.

Apple surprised experts in the field by submitting a supplement to their original no-action request, seeking to take advantage of the new SEC Staff Legal Bulletin 14I which (among other things) provides a roadmap to company boards of directors on how to comment effectively in an attempt to exclude a proposal, which might normally be considered to deal with a significant policy issue to the company. Apple’s most recent letter asserts that responding to climate change is a matter of “ordinary business” for the Company and not an appropriate topic for a shareholder proposal.

Apple has integrated clean energy and ‘being green’ into the business plan, marketing strategy, and future vision in collaboration with its investors, yet we believe the company erroneously claimed in its latest letter that shareholders don’t have the right to weigh in on this crucial issue of how quickly it will move to eliminate its carbon footprint, because the Board considers it ordinary business. We also think that this is out of line with longtime SEC rulings, and if allowed at Apple could have serious repercussions not just for Apple shareholders, but for investors in all other companies as well.

Earlier this week, Jantz Management responded to findings by the Apple board in reliance on SLB 14I. Jantz explained,

The SEC has long made it clear that proposals on a company’s actions on climate change are not ordinary business, and that there is a dire need for leading companies to set a timeframe to reduce GHG emissions aggressively now. Apple disclosed a comprehensive carbon footprint of 29.5 million metric tons CO2e in its most recent Environmental Responsibility Report, of which 22 million is from its manufacturing alone. With climate risk intensifying, how is this issue not worthy of shareholder input?

Jantz Management and Apple await a determination from the SEC regarding whether shareholders will get the opportunity to vote on this matter. The proxy statement is due out in January 2018, and the annual meeting is typically held in late February. Digital copies of the correspondence can be found here.

Publisher’s Note: We will see how far Apple can stretch the ordinary business exclusion. I am hopeful the SEC recognizes Apple’s ordinary business is creating some of the world’s best electronic hardware. Questions of how it deals with human rights and CHG emissions clearly impact Apple’s reputation and have an enormous impact on the world. However, addressing human rights and CHG are clearly not the central focus of Apple’s ordinary business. Shareholders should have a say or Apple is in danger of becoming the type of company it once mocked.

I think they’ve completely misinterpreted what the SEC said. It’s kind of a remarkable argument because basically they’re saying they shouldn’t have any proposals on the environment or human rights.

That quote is from Sanford Lewis, an attorney representing both investors. Instead of showing that issues like the environment and human rights are irrelevant, he said Apple argued the opposite: these issues are so embedded into the company’s business that they don’t need to be voted on by investors. Apple Tests Water for Blocking Investor Request on Human Rights by Andrea Vittorio.

Attending to “ordinary business” is the exclusive domain of the Board of Directors, but attending to significant policy issues suitable for shareholder deliberation is not. This was made clear in Medical Committee for Human Rights v. SEC, 432 F.2d 659 (D.C. Cir. 1985) in which the D.C. Circuit Court found that shareholder proposals are proper (not ordinary business) when they raise issues of corporate social responsibility or question the “political and moral predilections” of board or management. The keystone of that decision, as noted above, is that board and management have no monopoly on expertise over investors when it comes to issues with broad and significant social consequence. Investors are entitled to weigh in through the shareholder proposal process.

A Staff Legal Bulletin cannot overturn case law or administrative law, such as regulations, which clearly place the burden of proof on companies seeking to exclude shareholder proposals. Nonetheless, SLB 14I appears to announce the intention of Staff going forward to give deference to boards of directors if specified conditions are met. However, Rule 14a-8(g), clearly states where the burden of evidence falls:

Who has the burden of persuading the Commission or its staff that my proposal can be excluded? Except as otherwise noted, the burden is on the company to demonstrate that it is entitled to exclude a proposal.