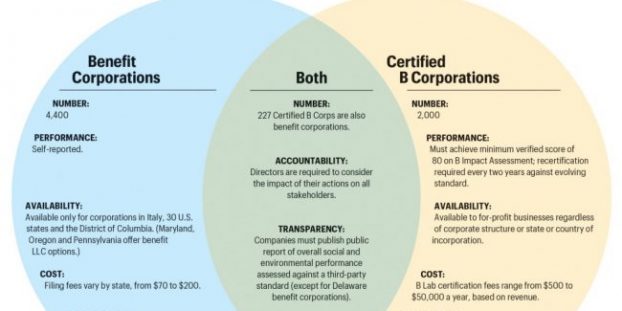 Benefit corporation governance provides increased accountability. Most of our financial capital is allocated and stewarded through a system that has a primary goal of creating financial return. This goal directs the real economy, where shareholders treat corporations as accountable for financial results, but not for their economic, social or environmental impact.

Financial primacy creates dangerous incentives. Raj Patel famously showed that a fast food hamburger that sold for two dollars really cost $200 once factors such as greenhouse gasses, resource depletion and healthcare costs were factored in. You don’t have to believe those numbers to understand the concept: corporations can make money by externalizing costs, and our financial system encourages them to do so.

Shareholders and others are speaking up about corporate behavior. BlackRock, the world’s largest asset manager, recently called for more purposeful corporate action; the hedge fund JANA and pension fund CalSTRS sent a letter to Apple in 2017, insisting that the company consider the interests of children who overuse their devices; and last year saw successful shareholder votes on climate change, backed by large asset managers like BlackRock, State Street and Vanguard.

In each case, however, the shareholders were careful to speak in the language of long-term company shareholder value. The BlackRock letter asserts that failure to pursue a social purpose means, “ultimately, that company will provide subpar returns to the investors who depend on it.”

These investors are still speaking the language of financial primacy—in each instance, the investors felt compelled to make the case that individual companies would do better for their shareholders by creating positive social impacts. Such strategies are sometimes called “ESG integration,” the idea that companies can do well by integrating responsible practices into their business plans.

Such arguments are good, as far as they go. It is certainly the case that a company can make money in the long term by investing in innovative products that improve lives, and that companies can protect the environment and their bottom lines by limiting waste. But there is no magic convergence between financial success and broader systemic concerns.

Investors who think systemically will recognize an inconvenient truth: sometimes companies must sacrifice financial return in order to preserve our social, economic and environmental systems. This is particularly true where such systems are subject to limits, such as environmental sinks, resource scarcity and social instability. Staying within these limits requires some element of sacrifice for the greater good. For example, keeping our global temperature increase within acceptable limits will require extraction companies to leave reserves in the ground, and that will reduce their shareholders’ returns. Pretending that maximizing shareholder return always correlates to responsible corporate action is a fantasy, not a strategy.

The Role of Investors

Only the power of the global investing community can address financial primacy and its effects. Measured by value, most of that community consists of universal owners. These investors, including pension and sovereign wealth funds, are diversified across most markets, and have long time horizons. Their return depends mostly (80% +) upon market trends over the long term, and not on the performance of individual companies or sectors chosen for a portfolio. Moreover, these investors serve ordinary citizen beneficiaries, who are as concerned with the state of our planet and communities as they are with accumulating wealth.

Universal investors have both the power and the incentive to change the paradigm. Public market investors have greatly increased their influence over the last two decades. Through shareholder proposals, withhold votes, engagement and other tactics, they managed to strip most large public corporations of takeover defenses. They have pushed for diversity, climate responsibility and other social initiatives. But these efforts do not address the root cause, which is a system in which the success of each corporation (and each asset owner’s portfolio) is measured against other corporations (or portfolios), and systemic effects are treated as exogenous when measuring success.

Investors must begin to think and act in an authentically systemic fashion, and to insist that corporations in their portfolios take responsibility for all of their impacts. Critically, investors should encourage corporations to adopt governance forms that explicitly impose such accountability. Benefit corporation governance accomplishes this. In some jurisdictions, such governance may be imposed through amendments to a corporation’s constitutional documentation.

Benefit Corporations: 1) have an expanded purpose beyond maximizing share value to explicitly include general and specific public benefit; 2) are required to consider/balance the impact of their decisions not only on shareholders but also on their stakeholders; and 3) are required to make available to the public, except in Delaware, an annual benefit report that assesses their overall social and environmental performance against a third party standard. Such report does not need to certified or audited by a third party, but use the standard as an assessment tool.

Until managers and directors who deploy our capital into the real economy are made explicitly accountable to our planet and the people who call it home, they will continue to chase short term profits by imposing social and environmental costs on everyone else.

Answers to many of your general questions concerning benefit corporations.

Benefit corporations and Certified B Corporations are both leaders of a global movement to use business as a force for good. Both meet higher standards of accountability and transparency. Both create the opportunity to unlock our full human potential and creativity to use the power of business for the higher purpose of solving society’s most challenging problems. While benefit corporations can self-certify, B corporations must achieve minimum verified score on B Impact Assessment.

B Corp is to business what Fair Trade certification is to coffee or USDA Organic certification is to milk. B Corps are for-profit companies certified by the nonprofit B Lab to meet rigorous standards of social and environmental performance, accountability, and transparency. 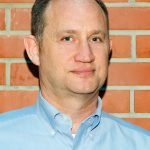 Frederick (Rick) Alexander is Head of Legal Policy at B Lab, a non-profit organization dedicated to enabling people to use business as a force for good. In this role, he works with other lawyers, company executives, investors, legislators, and regulators around the world, seeking to create corporate governance structures that lead corporations to contribute to a healthy, stable society and planet.

With 30 years’ experience in law, Alexander was named as one of the 10 most highly regarded corporate governance lawyers worldwide by The International Who’s Who of Corporate Governance Lawyers 2012. Prior to coming to B Lab in 2105, Alexander was the managing partner of Morris, Nichols, Arsht & Tunnell in Wilmington, Delaware, and prepared the initial drafts of both the Delaware public benefit corporation legislation and the ABA Benefit Corporation White Paper. Read my guidebook.

In addition to his industry involvement, he serves as a member of the Commonwealth Climate and Law Initiative Advisory Board and as a board member of the Transgender Legal Defense and Education Fund. Find more at my blog.