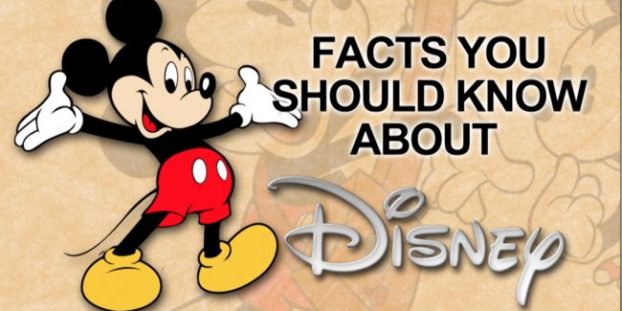 The Walt Disney Company (DIS), operates as an entertainment company worldwide. Most shareholders don’t vote because reading through 74 pages of the proxy AND many more pages of appendices is not worth the time for the small difference your vote will make. Below, I tell you how I am voting and why. If you have read these posts related to my portfolio for the last 22 years and trust my judgment (or you don’t want to take the time to read it), go immediately to see how I voted my ballot. Voting will take you only a minute or two and every vote counts.

The annual meeting is coming up on March 8, 2018. I voted with the Board’s recommendations 47% of the time. View Proxy Statement via SEC’s EDGAR system (look for DEF 14A).

From the Yahoo Finance profile: The Walt Disney Company’s ISS Governance QualityScore as of February 1, 2018 is 5. The pillar scores are Audit: 1; Board: 9; Shareholder Rights: 3; Compensation: 6.

Egan-Jones Proxy Services recommends against Mary T. Barra, Robert A. Iger, Maria Elena Lagomasino, Fred H. Langhammer, and Aylwin B. Lewis. Although concerned about Fred Lagomasino’s questionable independence due to long tenure and about Iger holding both CEO and Chairman positions, I only voted against the directors serving on the Compensation Committee, since they recommended what I believe is out sized pay.

I have no reason to believe the auditor has rendered an inaccurate opinion, is engaged in poor accounting practices, or has a conflict of interest.  However, Egan-Jones notes PwC has been serving as the Company’s auditor for more than seven years and their independence is compromised. PIRC notes PwC has served for over 10 years and recommends against. I also believe that the companies should consider the rotation of their audit firm to ensure auditor objectivity, professionalism and independence. I have not set a specific number of years but in this case agree, so voted AGAINST.

Egan-Jones recommends FOR but PIRC notes, “as performance conditions may be attached to awards at the Compensation Committee’s discretion, there are concerns that awards under the Plan will not necessarily be subject to sufficiently robust performance targets (if any). As a result, shareholders cannot assess whether the Plan will operate to align participants’ incentives with shareholders’ interests. In addition, maximum award limits are considered excessive. An Oppose Vote is recommended.” I voted AGAINST.

Disney’s Summary Compensation Table shows the highest paid named executive officer (NEO) was Chairman/CEO Robert A. Iger at $36.3M. I’m using Yahoo! Finance to determine market cap ($165B) and I am roughly defining large-cap as $10B, mid-cap as $2-10B, and small-cap as less than $2B. Disney is a large-cap company. According to the Equilar Top 25 Executive Compensation Survey 2015, the median CEO compensation at large-cap corporations was $10.3M in 2014, so pay was well over that amount. Disney shares underperformed the S&P500 over the most recent one, two, and five year time periods. Disney is also #12 on As You Sow‘s list of the 100 Most Overpaid CEOs. Prior reports have shown that being on the list is correlated with lower returns in subsequent years.

Egan-Jones Proxy Services takes various measures to arrive at a proprietary rating compensation score, which measures wealth creation in comparison to other widely held issuers. “Needs Attention” is their rating given on compensation issues for Disney. Egan-Jones concludes:

PIRC notes, “the CEO is entitled to a cash bonus of $5 million if he is employed by the Company until 2 July 2019.” No performance considerations are attached. They went on to elaborate several other issues as well. Given continued underperformance, above median pay, the recommendations Egan Jones and PIRC, and rank of #12 on As You Sow’s list of overpaid CEOs, I voted “AGAINST” the say-on-pay item.

This proposal by Zevin Asset Management on behalf of several people and organizations is very similar to proposals I have submitted this year.  Being open about lobbying activities is necessary to ensure shareholders’ funds in an inappropriate way to gain undue influence.

He also said that disclosure,

However, there is no automatic shareholder right to such information. It must be won through votes at each company. I voted FOR.

This is my proposal (James McRitchie), so of course I voted FOR. Disney has adopted a ‘lite’ version of proxy access. Our proposal seeks a more robust version based on the SEC’s vacated Rule 14a-11 and CII’s Best Practices. Vote FOR. Egan-Jones and PIRC also recommended FOR.

In addition to Calvert and Trillium votes reported by Proxy Democracy, Proxy Insight reported on Canada Pension Plan (CPPIB) and Australian Local Government Superannuation Scheme (LGSS), which I pasted below. I expect they will report out a few more votes before the meeting.  My recommended votes that differ from what the Board recommends are noted in bold.

Shareholder Proposals for Inclusion in 2019 Proxy Statement. To be eligible for inclusion in the proxy statement for our 2019 Annual Meeting, shareholder proposals must be received by the Company’s Secretary no later than the close of business on September 14, 2018. Proposals should be sent to the Secretary, The Walt Disney Company, 500 South Buena Vista Street, Burbank, California 91521-1030 and follow the procedures required by SEC Rule 14a-8.