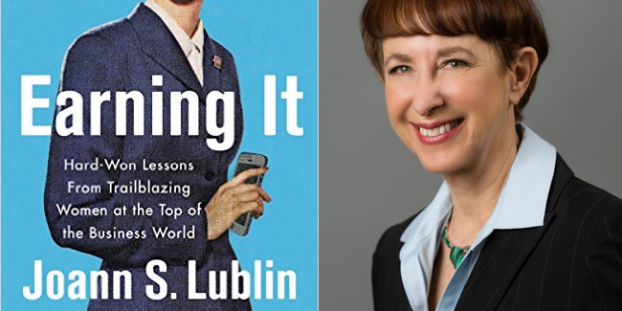 Joann Lublin gave the opening keynote at the recent  Corporate Directors Forum 2018 in San Diego. She spoke largely about her new book, Earning It: Hard-Won Lessons from Trailblazing Women at the Top of the Business World. This year the Forum had an overall theme, “How Culture Impacts the Boardroom and Beyond.” Corporate culture is the hot topic, especially after the NACD Blue Ribbon Commission Report on Culture as a Corporate Asset, and within that umbrella topic nothing is more timely than women and diversity.

I have a master’s degree in sociology, so was interested to learn Lublin has been tilling the soil of women and the issues they face, as described in Earning It, for decades. Lublin has been as much a trailblazer as the women she writes about. Her 1971 master’s thesis was on sex discrimination against female journalists. That certainly helped lay the methodology and subject matter for her current work, which benefits from thoughtful interviews with more than fifty top women executives.

Although, the Corporate Directors Forum operated under the Chatham House Rule, I am able to provide a few quotes below because I not only heard her talk, I also eagerly devoured Earning It on my return trip from the Forum.

To learn more about the Corporate Directors Forum, click on the following: @corpdirforum on Twitter, tweets from #CorpDirForum2018 that often link to other posts, the Forum’s website, and Linkedin page.

Earning It: The Book

Lublin has been covering corporate governance for decades. Earning It grew out of first person essay, Remember the Barriers published on a Wall Street Journal blog. When she started working at the WSJ’s San Francisco she was confronted with girlie pin-up calendars. She put up a calendar focused on male bodies but its was taken down in 24 hours. The local press club didn’t admit women, even though they gave her an award. Times have changed, but not enough. Lublin interviewed 52 women business leaders. Two thirds hold at least one directorship. She documents how they overcame professional and personal obstacles.

Lublin cites many studies in Earning It, so there is lots of material that could be helpful in convincing people that diversity leads to better boards, less risk, higher corporate returns, etc. Although these studies are all important, I hope someday most will recognize that embracing diversity is just more interesting, pleasurable and right. Norway did not  mandate that 40% of board directors should be women because that would make Norwegian companies more profitable. They did it to redistribute power, reduce barriers and recognize human rights. Unfortunately, in a country that elects Donald Trump, we need the studies to appeal to efficiency, effectiveness and outright greed. I hope we get past that to companies that contribute to a nurturing sustainable culture. I like what the New Zealand government is doing by measuring success not by GDP but by measures of wellbeing.

Most of the chapters are nicely laid out with a theme, such as sexual harassment, pay, mentoring, etc. Lublin then relates relevant anecdotes from her dozens of interviews and ends with a bullet list of “leadership lessons.” From my former days as a teacher, I recognize that is a good format for reinforced learning . The lessons reinforce are easier to find reference later than the narrative. They provide more explicit guidance than the stories. Of course, the stories are the heart of the book, since they reflect the context of life lessons shared. The stories told in Earning It help us relate, reflect and change our own behavior.

One memorable story for me came from Kathleen Ligocki, the Agility Fuel CEO who managed 200 people on a speaker assembly line at age twenty-two. There was no air-conditioning and temperatures near the line exceeded 155 degrees. The other foreman complained that Ligocki should have to wear a tie like them. She asked if she still had to wear a bra. The boss said, of course.  She suggested the maybe men should wear them too. Her humor worked, although I wonder. A decade later and the boss may have been a Harvey Weinstein type. Then the response might have been, of course you do not have to wear a bra… and be prepared to be grabbed. Ligocki knew her audience. Yes, humor often works better than anger in deflecting stereotypes and gaining respect, as Lublin advises, “connecting them as one human being to another.”

Lublin spoke and/or wrote about:

Won’t demographics and the increased educational attainment of women inevitably change the face of board directors, one audience member asked. Maybe so, but let’s not wait. According to a Government Accountability Office report, it will take 40 years for women to achieve parity at the current pace. Even if every single open board seat is filled by a woman, it will take until 2024 to reach parity. You know that is not going to happen.  Earning It helps us to understand how to accelerate the process. 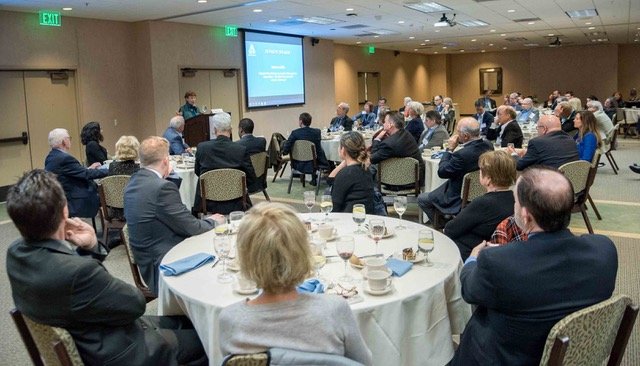