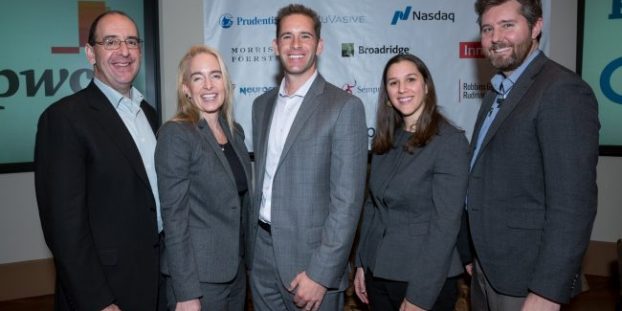 Transforming Capital Markets; that will be my abbreviation for Transformation of Our Capital Markets. the topic of a panel at the Corporate Directors Forum I attended in San Diego in January. Yes, I’m still digesting all the great conversations. Like all Corporate Directors Forums, this one operated under the Chatham House Rule, so you will not find any direct quotes below. These are my notes. As such, they include my opinions as well observations made by speakers, panelists and others in attendance at the Forum. This is certainly not a transcript. However, I hope even those who attended the Forum will find the post useful, especially my attempt to provide additional context through links and commentary.

To learn more about the Corporate Directors Forum, click on the following: @corpdirforum on Twitter, tweets from #CorpDirForum2018 that often link to other posts, website, and Linkedin.

There are 1/2 as many public companies as 30 years ago. There are several macro trends transforming capital markets. There is a shift from active to passive; public to private equity. Companies are waiting longer to go public. Markets can now provide liquidity to employees waiting for IPO. Many more deals are now happening on the private side, rather than the public side.

The JOBS Act makes easier to go public by testing the waters. Cross-over rounds get better deals short-term… doesn’t carry forward after 1 year. Startups are governed differently. Scrutiny increasing in governance area and cultural issues because of Uber, Theranos, etc. Founder control, independence. However, transforming capital markets appear to be moving into what I call a democratic-free zone with regard to corporate governance. Companies are more frequently doing IPOs with less robust governance. Facebook’s own democratic-free zone of dual-class share corporate governance, controlled mostly by the founder, helped propel it to its current problems. (Firms start to pull Facebook ads following data scandal)

M&A markets. Still quite hot, especially with money coming back to US. Increased sensitivity to conflicts of interest. Where is the money is coming from – China, etc. Always consider that your emails etc. could show up in lawsuit. Different views of different shareholders.

Elon Musk’s long term pay package. Committed to 10 years. Has to hit various milestones to get paid. Goal is $1T company. Elon Musk’s $2.6 billion pay package gets Tesla shareholder approval. Frankly, I would have thought his ego and own holding in the company would be enough incentive. ISS and Glass Lewis recommended against but many investors apparently thought another $2.6 billion, as a possible addition to his current $20 billion, would be just the incentive needed to take Tesla from financial distress to success.

Short positions should have to be disclosed. Should board time horizon match shareholders? That is so company specific. Investors have to buy into the team. Many companies are focused on the next 3-5 years. Median CEO tenure at S&P 500 now down to 5 years, according to Equilar study. Too bad investors do not always have a fund with enough skin in the game to really actively monitor. See Blockholders on Boards and CEO Compensation, Turnover and Firm Valuation.

AirBnB as an example of Regulatory Entrepreneurship. The paper documents companies transforming capital markets by operating in legal gray areas, growing “too big to ban,” and mobilizing users for political support. “Well-funded, scalable, and highly connected startup businesses with mass appeal have advantages, especially when they target state and local laws and litigate them in the political sphere instead of in court.” (paper). However, good culture can be more important than focusing on the money (Stitch Fix)

There will be a growing need to appeal to social responsibility in order to attract millennials… at least that is what we are told. While everyone seems to recognize that as fact, few seem to make the connection to the growing use of dual-class stock. ISS and GlassLewis appear to have little influence over stock structures at IPO. Will millennials eventually wake up to the danger of corporations as democratic-free zones? Don’t look to the markets to resolve the issue. The markets are too afraid to lose a lucrative listing.