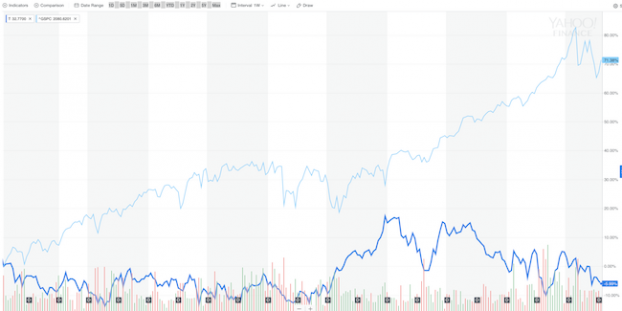 AT&T Inc (T) provides communications and digital entertainment services. The company operates through four segments: Business Solutions, Entertainment Group, Consumer Mobility, and International. Most shareholders do not vote because reading through 70 pages of the proxy is not worth the time for the small difference your vote will make. Below, I tell you how I am voting and why. If you have read these posts related to my portfolio for the last 22 years and trust my judgment (or you don’t want to take the time to read it), go immediately to see how I voted my ballot. Voting will take you only a minute or two and every vote counts.

The annual meeting is coming up on April 27, 2018. I voted with the Board’s recommendations 35% of the time. View Proxy Statement via SEC’s EDGAR system (look for DEF 14A).

From the Yahoo Finance profile: AT&T Inc.’s ISS Governance QualityScore as of April 1, 2018 is 2. The pillar scores are Audit: 1; Board: 3; Shareholder Rights: 2; Compensation: 3.

Egan-Jones Proxy Services recommends “For,” with the exception of: 1D) Scott T. Ford, 1G) Michael B. McCallister, 1I) Joyce M. Roché, 1J) Matthew K. Rose, and 1M) Geoffrey Y. Yang. All serve on the compensation committee responsible for recommending the pay package, which Egan-Jones recommends AGAINST.  I voted with the recommendations of Egan-Jones with regard to directors.

I have no reason to believe the auditor has rendered an inaccurate opinion, is engaged in poor accounting practices, or has a conflict of interest.  However, Egan-Jones notes that Ernst & Young LLP has been the Company’s independent auditors for more than 25 years and their independence is compromised. They also several other issues. I also believe that the companies should consider the rotation of their audit firm to ensure auditor objectivity, professionalism and independence. I have not set a specific number of years but in this case agree, so voted AGAINST.

AT&T Inc Summary Compensation Table shows the highest paid named executive officer (NEO) was CEO and Chairman R. Stephenson Howard Schultz at $28.7M. I’m using Yahoo! Finance to determine market cap ($226B) and I am roughly defining large-cap as $10B, mid-cap as $2-10B, and small-cap as less than $2B. AT&T Inc is a large-cap company. According to the Equilar Top 25 Executive Compensation Survey 2015, the median CEO compensation at large-cap corporations was $10.3M in 2014, so pay was well over that amount. AT&T Inc shares underperformed the S&P500 over the most recent one, two, and five year time periods. AT&T appears on As You Sow‘s list of the 100 Most Overpaid CEOs. Prior reports have shown that being on that list is correlated with lower returns in subsequent years. The pay ratio calculation is 366:1

Egan-Jones Proxy Services takes various measures to arrive at a proprietary rating compensation score, which measures wealth creation in comparison to other widely held issuers. “Needs Attention” is their rating given on compensation issues for Starbucks Corp. Egan-Jones concludes:

After taking into account both the quantitative and qualitative measures outlined below, we believe that shareholders cannot support the current compensation policies put in place by the Company’s directors. Furthermore, we believe that the Company’s compensation policies and procedures are not effective or strongly aligned with the long-term interest of its shareholders. Therefore, we recommend a vote AGAINST this Proposal.

Given continued underperformance, above median pay, the recommendation of Egan Jones, I voted “AGAINST” the say-on-pay item.

4. AT&T Inc: Approval of the Stock Purchase and Deferral Plan

Egan- Jones: After taking into account the maximum amount of shareholder equity dilution this proposal could cause, as well as both the quantitative and qualitative measures outlined below, we believe that shareholders should not support the passage of this plan as proposed by the board of directors. We recommend the board seek to align CEO pay more closely with the performance of the company and work to reduce the cost of any similar plan that may be proposed in the future. Therefore, we recommend a vote AGAINST this Proposal. Agreed: vote AGAINST.

Egan- Jones analysis for this item was much the same. Vote AGAINST.

Egan- Jones buys into management’s arguments that they already disclose enough information. I do not believe it. Current reporting does not include lobbying expenditures to influence legislation in states where AT&T also lobbies, but disclosure is uneven or absent. For example, AT&T spent $4.2 million lobbying in California in 2015 and 2016. AT&T sits on the board of the Chamber of Commerce, which has spent approximately $1.3 billion on lobbying since 1998. While AT&T recognizes climate change is a serious concern warranting meaningful action, the Chamber publicly attacked the EPA’s solutions addressing climate change.

This is my proposal (James McRitchie), so of course I voted FOR. AT&T Inc has adopted a ‘lite’ version of proxy access. Our proposal seeks a more robust version based on the SEC’s vacated Rule 14a-11 and CII’s Best Practices. It is telling that proxy access has yet to be used at any company. One primary reason is that shareholders like Vanguard, BlacRock and State Street, which could use proxy access, have never even filed a proxy proposal. Smaller funds like CalSTRS (only $232B) would not be able to find 19 other like minded funds with enough shares to form a viable nominating group. Vote FOR. Egan-Jones also recommended FOR.

This proposal by Kenneth Steiner is like mine in this area. There is an inherent potential conflict, in having an Inside director serve as the Chairman of the board. Vote FOR. Egan-Jones also recommended FOR.

This proposal by John Chevedden would reduce the threshold of shareholders to act by written consent from the current 66.7% to a majority. Vote FOR. Egan-Jones also recommended FOR.

Proxy Democracy was having trouble with their site as I posted this.  Proxy Insight reported on Texas Teachers, Calvert, Trillium, Domini and Australia’s Super. I expect they will report out a few more votes before the meeting.  I normally cut and paste from the Proxy Democracy grid but that is out today, so I will just skip the usual grid on this one. Three of the reporting funds voted against the pay item. All voted FOR all the shareholder proposals. Voting on most other items were mixed. As reported above, I voted AGAINST the compensation committee members [1D) Scott T. Ford, 1G) Michael B. McCallister, 1I) Joyce M. Roché, 1J) Matthew K. Rose, and 1M) Geoffrey Y. Yang], the auditor, all pay and bonus plans but FOR all shareholder proposals.

Stockholder proposals intended to be included in the proxy materials for the 2019 Annual Meeting must be received by November 12, 2018. Such proposals should be sent in writing by courier or certified mail to the Senior Vice President and Secretary of AT&T at 208 S. Akard Street, 29th floor, Dallas, Texas 75202. Stockholder proposals that are sent to any other person or location or by any other means may not be received in a timely manner.

Lynn Stout Dead at Age 61
Nell Minow: Only Corporate Governance Can Save the World