First Hawaiian, Inc. (FHB) operates as a bank holding company for First Hawaiian Bank that provides a range of banking services to consumer and commercial customers in the United States. Although First Hawaiian is controlled by BNP Paribas (“BNPP”), it is still worth it for non-controlling shareholders to vote and express our wishes because of the influence that can have. Most shareholders do not vote because reading through 70 pages of the proxy is not worth the time for the small difference your vote will make. Below, I tell you how I am voting and why. If you have read these posts related to my portfolio for the last 22 years and trust my judgment (or you don’t want to take the time to read it), go immediately to see how I voted my ballot. Voting will take you only a minute or two and every vote counts.

The annual meeting is coming up on April 25th, 2018. I voted with the Board’s recommendations 47% of the time. View Proxy Statement via SEC’s EDGAR system (look for DEF 14A). If you attend the meeting and read this post, please introduce yourself to me at the meeting.

From the Yahoo Finance profile: First Hawaiian, Inc.’s ISS Governance QualityScore as of April 1, 2018 is 10. The pillar scores are Audit: 1; Board: 10; Shareholder Rights: 5; Compensation: 5.

Egan-Jones Proxy Services recommends against Matthew J. Cox, Gérard Gil, Robert S. Harrison, J. Michael Shepherd, and Michel Vial. Their rationale is the conflict of interest in holding both chair and CEO positions, lack of fully independent outside directors on key committees and poor rating with regard to Compensation Committee, as well as Corporate Governance and Nominating Committee. For failure to include even one woman director, I also voted against Allen Uyeda, who serves on the Corporate Governance and Nominating Committee.

I have no reason to believe the auditor has rendered an inaccurate opinion, is engaged in poor accounting practices, or has a conflict of interest.  Egan-Jones recommends in favor. I voted FOR.

First Hawaiian’s Summary Compensation Table (p. 43) shows the highest paid named executive officer (NEO) was Chairman and CEO Robert S. Harrison at $5.8M. I’m using Yahoo! Finance to determine market cap ($3.8B) and I am roughly defining large-cap as $10B, mid-cap as $2-10B, and small-cap as less than $2B. First Hawaiian is a mid-cap company. According to the Equilar Top 25 Executive Compensation Survey 2015, the median CEO compensation at mid-cap corporations was $8.4M in 2014. First Hawaiian shares dramatically underperformed the S&P500 over the most recent one, two, and five year time periods. At least First Hawaiian does not appear on As You Sow‘s list of the 100 Most Overpaid CEOs. Prior reports have shown that being on that list is correlated with lower returns in subsequent years.

Egan-Jones Proxy Services takes various measures to arrive at a proprietary rating compensation score, which measures wealth creation in comparison to other widely held issuers. “Some Concerns” is their rating given on compensation issues for First Hawaiian.

Given continued underperformance and the analysis of Egan Jones, if offered the opportunity to vote on pay, I probably would have voted against. I voted for a 1 year reporting frequency, as I always do when given a chance.

6. Adopt Policy to Increase Diversity of Board of Directors

The Philadelphia Public Employees Retirement System submitted this proposal, which requests the Board require any initial list of Board nominated candidates be chosen from a list that should include (but need not be limited to) qualified women and minority candidates.

Since I do not follow sports, I did not realize their resolution is similar to the “Rooney Rule” in the National Football League (NFL), which requires teams to interview minority candidates for head coaching and senior football operations openings. The proposal cites research indicating implementation will likely lead to higher financial returns. 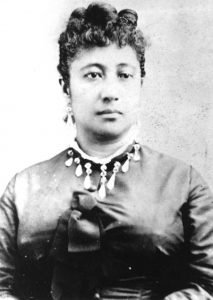 I would add, Hawaii’s last monarch was, of course Queen Liliʻuokalani and Hawaii was traditionally a matrilineal society. Women have played key roles throughout Hawaii’s history. First Hawaiian’s founder and his wife probably did more than any other couple to nurture the well-being of native Hawaiians and their traditions in the modern era through the Kamehameha Schools and the Bernice Pauahi Bishop Museum. Especially in that context, it seems especially hypocritical that the largest bank holding company in our most diverse state has no women on its board. (Disclosure: Members of my wife’s family attended Kamehameha and contributed artifacts to the Museum.)

This is our proposal (Myra Young is my wife), so of course we voted FOR. After we submitted our proposal, First Hawaiian adopted a ‘lite’ version of proxy access. However, we chose not to withdraw our proposal, which seeks a more robust version based on the SEC’s vacated Rule 14a-11 and CII’s Best Practices.

It is telling that proxy access has yet to be used at any company. One primary reason is that shareholders like Vanguard, BlacRock and State Street, which could use proxy access in combination, have never even filed a proxy proposal. Smaller, more active, funds like CalSTRS (only $232B in assets and 0.06% of First Hawaiian) would not be able to find funds with enough shares to form a viable nominating group with a twenty member limit.

First Hawaiian CorpGov Recommendations: Votes Against Board Position in Bold

In addition to votes reported by Proxy Democracy, Proxy Insight reported on Texas Teachers, as indicated below (recording differences with Calvert). I expect Proxy Insight will report out a few more votes before the meeting.  Our recommended votes that differ from what the Board recommends are noted in bold.

Stockholders who, in accordance with the SEC’s Rule 14a-8, wish to present proposals for inclusion in the proxy materials to be distributed by us in connection with our 2019 Annual Meeting of Stockholders must submit their proposals by certified mail, return receipt requested, and must be received by the Corporate Secretary at our principal offices in Honolulu, Hawaii on or before November 30, 2018, to be eligible for inclusion in our proxy statement and proxy card relating to that meeting. In the event that we hold our 2019 Annual Meeting of Stockholders more than 30 days before or after the one-year anniversary date of the Annual Meeting, we will disclose the new deadline by which stockholders’ proposals must be received in our earliest possible Quarterly Report on Form 10-Q or, if impracticable, by any means reasonably calculated to inform stockholders. As the rules of the SEC make clear, simply submitting a proposal does not guarantee its inclusion.

Stockholders and any interested parties may communicate with the Board by sending correspondence addressed to the Board or one or more specific directors at the following address: First Hawaiian, Inc., c/o the Secretary, 999 Bishop Street, 29th Floor, Honolulu, Hawaii 96813. All communications will be submitted by the Secretary to the relevant director or directors as addressed.