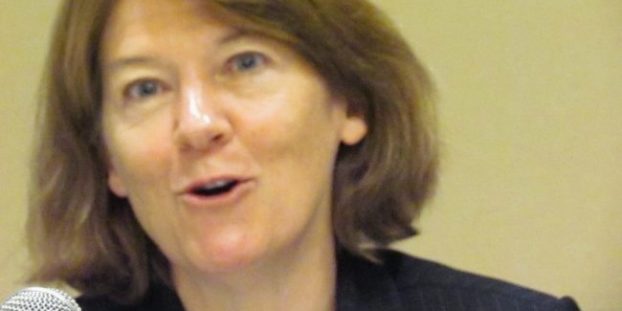 Lynn Stout died of cancer Monday at age 61, as reported by Global Proxy Watch. The Cornell law professor was an irrepressible advocate for the idea that boards have obligations to all stakeholders, not just shareowners, expressed forcefully in a 2012 book called The Shareholder Value Myth: How Putting Shareholders First Harms Investors, Corporations, and the Public. Although the stakeholder primacy theory has been embraced by some responsible investment advocates, governance experts worry that it can entrench boards by empowering directors to ignore shareowner interests when it suits them. A memorial service will be held soon.

I am really going to miss her. We certainly did not always agree but she was always interesting, insightful and brilliant. A Team Production Theory of Corporate Law, 85 Va. L. Rev. 247 (1999) (with Margaret Blair) helped me integrate some of my own thoughts about the value of cooperatives and how some of their principles can be applied to publicly-traded companies. I feel blessed having known her. The following was posted on the Cornell Law site:

Cornell Law School mourns the death of Lynn Stout, Distinguished Professor of Corporate and Business Law, who died on April 16 at the age of 60 following a long struggle with cancer. An internationally recognized corporate law scholar, prolific writer, and accomplished speaker, Stout was also known as a passionate teacher and mentor.

Since arriving in 2012, Stout had helped transform the Clarke Business Law Institute into one of the nation’s preeminent business law programs. With expertise in the fields of corporate governance, securities regulation, financial derivatives, law and economics, and moral behavior, Stout was frequently quoted in the news media. Her path-breaking book The Shareholder Value Myth became part of a national conversation about better ways to run corporations.

“Lynn was a force of nature,” said Eduardo Peñalver, the Allan R. Tessler Dean and Professor of Law. “In a relatively short period of time, she touched many lives here in Ithaca, and I will greatly miss her presence in Myron Taylor Hall.”

At the Law School, Stout was actively engaged with students, faculty, and alumni. In order to better prepare students for the real world, Stout created the intensive, but popular “Business Law Boot Camp,” which covered a wide range of business topics over a long weekend.