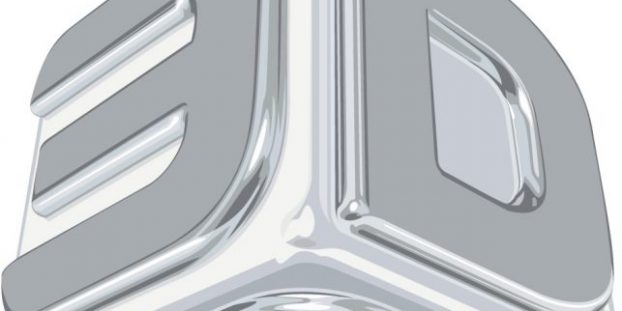 3D Systems Corporation (DDD), through its subsidiaries, provides three-dimensional (3D) printing products and services worldwide. Most shareholders do not vote because reading through 50+ pages of the proxy is not worth the time for the small difference your vote will make. Below, I tell you how I voted and why. If you have read these posts related to my portfolio for the last 22 years and trust my judgment (or you don’t want to take the time to read my rationale), go immediately to see how I voted my ballot. Voting will take you only a minute or two and every vote counts.

The annual meeting is coming up on May 15, 2018. I voted with the Board’s recommendations 67% of the time. View Proxy Statement via SEC’s EDGAR system (look for DEF 14A).

3D Systems Corporation’s ISS Governance QualityScore as of April 1, 2018 is 4. The pillar scores are Audit: 2; Board: 3; Shareholder Rights: 1; Compensation: 10.

Egan-Jones Proxy Services recommends “For,” with the exception of: William E. Curran (1A), Kevin S. Moore (1I) and Jim D. Kever (1F) because they have served for more than ten years (with compromised independence) and sit on key committees, which should be composed only of independent directors. Although I agree with the thrust of their arguments, I am not ready to set that as my policy.

Since I voted against the pay package, I also voted against all members of the compensation committee: William E. Curran, William D. Humes, and Kevin S. Moore. I also note, there are no women on the board. I am inclined to vote against the nominating committee next year, if that continues.

3D Systems’ Summary Compensation Table shows the highest paid named executive officer (NEO) was CEO Vyomesh I. Joshi at $1.9M. I’m using Yahoo! Finance to determine market cap ($1.3B) and I am roughly defining large-cap as $10B, mid-cap as $2-10B, and small-cap as less than $2B. 3D Systems is a small-cap company. According to the Equilar Top 25 Executive Compensation Survey 2015, the median CEO compensation at small-cap corporations was $3M in 2014, so pay was under that amount.

However, to me it looks like 3D Systems is gaming the system, since they substantially reduced pay from $8.1M to $1.9M in one year. I feel I cannot ignore this recent history of overpaying. That factor and continued underperformance led me to vote “AGAINST” the say-on-pay item, as well as members of the compensation committee.

I have no reason to believe the auditor has rendered an inaccurate opinion, is engaged in poor accounting practices, or has a conflict of interest.  However, Egan-Jones notes the auditor has been serving as the Company’s auditor for more seven years and their independence is compromised. I also believe that the companies should consider the rotation of their audit firm to ensure auditor objectivity, professionalism and independence. I have not set a specific number of years. In this case I voted FOR.

4. REDUCE THE OWNERSHIP REQUIRED FOR STOCKHOLDERS TO CALL A SPECIAL MEETING

This proposal is from Myra Young, as written and recommended by me (James McRitchie), so we certainly voted in favor. Most states allow 10% to call a special meeting. Before we submitted the proposal 3D Systems had a threshold of 50+%, so we have already won substantial ground prior to this vote. We believe 15% is a reasonable compromise above the 10% standard.

Proxy Democracy was down. Proxy Insight reported on CalSTRS. which also voted AGAINST the pay package and compensation committee. They voted FOR all other items, including our shareholder proposal to lower the requirements for calling a special meeting.