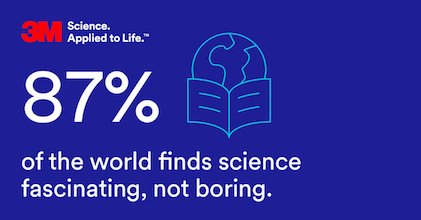 3M Company (MMM) operates as a diversified technology company worldwide. Most shareholders do not vote because reading through 80+ pages of the proxy is not worth the time for the small difference your vote will make. Below, I tell you how I voted and why. If you have read these posts related to my portfolio for the last 22 years and trust my judgment (or you don’t want to take the time to read my rationale), go immediately to see how I voted my ballot. Voting will take you only a minute or two and every vote counts.

The annual meeting is coming up on May 8, 2018. I voted with the Board’s recommendations 44% of the time. View Proxy Statement via SEC’s EDGAR system (look for DEF 14A).

From the Yahoo Finance profile: 3M Company’s ISS Governance QualityScore as of April 1, 2018 is 2. The pillar scores are Audit: 1; Board: 4; Shareholder Rights: 2; Compensation: 4.

Egan-Jones Proxy Services recommends “For,” with the exception of: (1D) Michael L. Eskew, (1E) Herbert L. Henkel, (1H) Edward M. Liddy and (1K) Inge G. Thulin. Michael L. Eskew, Herbert L. Henkel, and Edward M. Liddy have served for more than ten years (with compromised independence) and sit on key committees, which should be composed only of independent directors. Although I agree with the thrust of that argument, I am not ready to set that as my policy. They recommend voting against Inge G. Thulin because CEO should hold only one other public directorship and because they favor splitting CEO and Chair positions. I agree on both counts. Additionally, since I voted against the pay package, I also voted against all members of the compensation committee: Michael L. Eskew, Herbert L. Henkel, Muhtar Kent, Edward M. Liddy, Patricia A. Woertz.

I have no reason to believe the auditor has rendered an inaccurate opinion, is engaged in poor accounting practices, or has a conflict of interest.  However, Egan-Jones notes the auditor has been serving as the Company’s auditor for more seven years and their independence is compromised. They also several other issues. I also believe that the companies should consider the rotation of their audit firm to ensure auditor objectivity, professionalism and independence. I have not set a specific number of years. In this case I voted FOR.

3M Company Summary Compensation Table shows the highest paid named executive officer (NEO) was CEO/Chairman Inge G. Thulin at $20.5M. I’m using Yahoo! Finance to determine market cap ($116B) and I am roughly defining large-cap as $10B, mid-cap as $2-10B, and small-cap as less than $2B. 3M is a large-cap company. According to the Equilar Top 25 Executive Compensation Survey 2015, the median CEO compensation at large-cap corporations was $10.3M in 2014, so pay was well over that amount. 3M Company shares underperformed the S&P500 over the most recent one and two year time periods, while outperforming over the most recent 5-year period. At least 3M Company does not appear on As You Sow‘s list of the 100 Most Overpaid CEOs. Prior reports have shown that being on that list is correlated with lower returns in subsequent years. The ratio of CEO’s total compensation to median employee’s total compensation for fiscal year 2017 is 324 to 1.

Egan-Jones Proxy Services takes various measures to arrive at a proprietary rating compensation score, which measures wealth creation in comparison to other widely held issuers. “Good” is their rating given on compensation issues for 3M Company. Egan-Jones concludes:

The Company’s compensation policies and procedures are centered on a competitive pay-for-performance culture, strongly aligned with the long-term interest of its shareholders and necessary to attract and retain experienced, highly qualified executives critical to the Company’s long-term success and the enhancement of shareholder value. Therefore, we recommend a vote FOR this Proposal.

Given underperformance, above median pay and my concern about wealth distribution, I voted “AGAINST” the say-on-pay item.

This is my proposal (James McRitchie), so of course I voted FOR. 3M Company has adopted a ‘lite’ version of shareholder rights to call a special meeting at 25%. My proposal seeks a more robust version at 15%, which is still far higher than many companies, which set the limit at 10%. Egan-Jones recommended against.

This proposal is from the United Steelworkers, Paper and Forestry, Rubber, Manufacturing, Energy, Allied Industrial and Service Workers International Union. The proposal simply asks that 3M Company “take into consideration the pay grades and/or salary ranges of all classifications of Company employees when setting target amounts for CEO compensation.” That comports with the research findings and advice of Charles Elson and Craig Ferrere, Executive Superstars, Peer Groups and Overcompensation. Egan-Jones recommended against.

In order for a stockholder proposal to be considered for inclusion in 3M’s Proxy Statement for next year’s Annual Meeting, our Corporate Secretary must receive the proposal by November 21, 2018. Such proposals must be sent via registered, certified, or express mail (or other means that allows the stockholder to determine when the proposal was received by the Company) to: Gregg M. Larson, Vice President, Deputy General Counsel and Secretary, 3M Company, 3M Center, Building 220-13E-26A, St. Paul, MN 55144-1000. Such proposals must comply with the Securities and Exchange Commission’s regulations regarding the inclusion of stockholder proposals in Company sponsored proxy materials, such as the stockholder continuing to own a minimum number of shares until the Annual Meeting and appearing in person or through an authorized representative at the meeting to present the proposal.