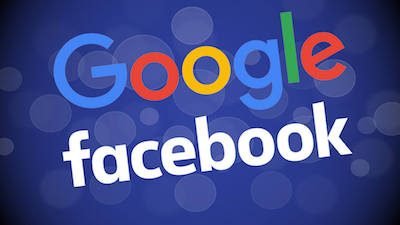 Alphabet and Facebook shareholders will once again vote on shareholder proposals at their 2018 annual shareholder meetings related to unequal voting structures. With growing concerns about data and privacy issues, shareholders will weigh in on how other company governance issues are also at play.

Through these shareholder resolutions, common shareholders have been showing concern for years regarding managements’ outsized voting rights at both companies, and this year’s proposal couldn’t be timelier given the recent fallout from seemingly endless data mismanagement issues at Facebook.

A proposal brought by socially responsible investment firm NorthStar Asset Management, Inc. at Facebook and Alphabet, with corporate governance activist and author James McRitchie as a co-lead filer at Alphabet, seeks to change this arrangement.

We are asking both Facebook and Alphabet to recapitalize the shares so that each share gets one vote. Alphabet and Facebook are publicly traded, and we believe that status as a public company should come with an equal right to vote. Given the scandals this year at Facebook, it is clearly time for shareholders to have meaningful input on company management issues.

At Alphabet, which has three classes of stock, insiders like Sergey Brin, Larry Page, and former chairman Eric Schmidt control 58% of the vote while owning less than 13% of economic stake combined.  Similarly at Facebook, ordinary shareholders buying shares on public markets have access to shares with one vote (class A), while insiders like CEO Mark Zuckerberg own shares with 10 votes per share (class B).  Critics of the voting structures at these companies point out that it would be essentially impossible for class A shareholders to “out-vote” the founders, even on significant or concerning matters.

According to Mari Schwartzer, NorthStar’s Director of Shareholder Activism and Engagement,

We can see this in results of the 2016 annual meeting in which Facebook proposed a new non-voting class of stock in order to allow Mr. Zuckerberg to give away the lion’s share of his wealth without losing control of the company. Our estimates indicate that about 71% of outside shareholders voted against the creation of this new class of stock, yet Mr. Zuckerberg moved forward with attempting to create it. To stockholders, this is evidence that Facebook does not take common shareholders’ wishes seriously.

Mr. Zuckerberg owns almost 14% of stake in the company but controls nearly 53% of the vote, which allowed the company proposal to pass; a shareholder lawsuit halted that aspiration last fall.

At last year’s annual meetings, NorthStar estimates that over 61% of Facebook class A (outside) shareholders and over 88% of Alphabet class A shares voted in favor of the recapitalization plan to one vote per share. NorthStar hopes those figures continue to stay strong at the upcoming annual meetings – Facebook shareholders vote this Thursday, May 31 while Alphabet shareholders will vote next week on June 6th.

This year is monumental for Facebook in particular, but for tech companies in general. The Cambridge Analytica scandal illustrated how risky and potentially damaging it can be to manage user data, but these issues aren’t at rest yet. Amazon’s personal assistant Alexa just hit the news last week when a private conversation was recorded and sent to a couple’s contacts. Clearly, these data privacy issues are concerns that shareholders should pay close attention to when they vote their proxies and think about how company governance plays a role here.

NorthStar’s Goodridge went on to explain that shareholder interests are not just about fairness:

We are very concerned about shareholders’ inability to deal with this issue at the board level. Mr. Zuckerberg has formed a board with close ties and loyalties to him. We do not believe that the board would step in to ask him to step down if another scandal were to wrack shareholder value further. Shareholder input is crucial for long-term value and company growth.

Alphabet and Facebook are clearly trendsetting companies. As Alphabet and Facebook go, so goes the nation. Will our country increasingly be the headquarters of corporate dictatorships? Will corporate dictatorships support a strong democratic government in these United States of America, or will they continue to seek short-term power and profits for the few at the expense of conditions that favor the long-term broader interests of all their shareholders and users?

Even if their votes were strictly tied to their economic stake, the founders of Alphabet and Facebook would still wield considerable power. Instead of being dictatorships they would have to listen to other shareholders and share power.

George Washington was encouraged to continue as President for life but stepped down for the good of the country. The founders of Alphabet and Facebook should take a page from history.

See my FB Facebook Proxy Vote Recommendations. I will make full voting recommendations on Alphabet’s proxy before their annual meeting.