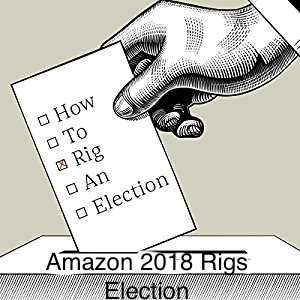 Amazon 2018 annual meeting is May 30th. View proxy. I do not have time to go through my usual voting rationale. I am too busy with companies where I have a proposal. However, I want to bring to your attention a very important proposal from Bruce Herbert at Newground Social Investments, starting at page 18. The topic is vote counting for shareholder proposals and it goes to the heart of democracy, or lack thereof, at Amazon. Vote today, especially for item 6. Do no let Amazon’s Board rig the vote.

Proposal 6 seeks better governance in the form of equal treatment, transparency, and clarity around how our company’s independent stockholders vote on matters in the proxy.

This proposal is especially important at companies where a disproportionately large number of shares are controlled by founders and senior management, as is the case with Amazon.

The crux of the issue is this:

ISS states in its recommendation that: “A simple majority of voting shares should be all that is necessary to effect change regarding a company and its governance provisions,” then failed to object when Amazon included abstentions in the formula for shareholder items. Unfortunately, too many institutional investors have failed to analyze this issue on their own and are blindly following the misinformed recommendation of ISS.

ISS did not interview the proponents of #6, its recommendation employs contradictory logic, and its analysis lacks rigor.

The fact is that Amazon deploys “Formula Swapping” to count certain management items in the proxy differently than shareholder items. Read that article to get the full explanation of how they do it.

For these reasons, please vote FOR Proposal 6 – simple majority vote-counting – on the Amazon proxy.

In voted right in line with the recommendations of proxy advisor Egan-Jones.