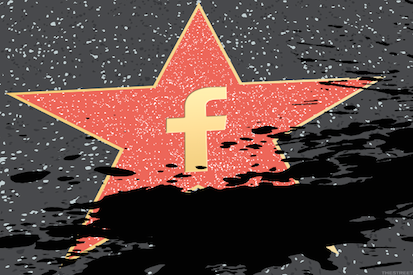 FB, Facebook, provides various products to connect and share through mobile devices, personal computers, and other surfaces worldwide. Most shareholders do not vote because reading through 60+ pages of the proxy is not worth the time for the small difference your vote will make. Below, I tell you how I am voting and why. If you have read these posts related to my portfolio for the last 22 years, have values aligned with mine, and trust my judgment (or you don’t want to take the time to read it), go immediately to see how I voted my ballot.

Voting will take you only a minute or two and every vote counts. The annual meeting is coming up on May 31, 2018. I voted with the Board’s recommendations 0% of the time. Facebook’s corporate governance needs a makeover, away from dictratorship. View Proxy Statement via SEC’s EDGAR system (look for DEF 14A). Read Warnings below. What follows are my recommendations on how to vote the proxy in order to enhance corporate governance and long-term value.

Corporate governance scores courtesy of Institutional Shareholder Services (ISS). Scores indicate decile rank relative to index or region. A decile score of 1 indicates lower governance risk, while a 10 indicates higher governance risk. Therefore, we need to pay closer attention to Board, Shareholder Rights and Compensation. Corporate Governance at FB is among the worst, because our company is basically a dictatorship. The trains may run on time, but the direction by one person will lead to “accidents” along the way.

Egan-Jones Proxy Services recommends Against for Marc L. Andreessen, Peter A. Thiel, and Mark Zuckerberg because, among other reasons, they do not consider directors serving for longer that ten years to be independent.

A majority of the members of the nominating committee are not independent. The directors are essentially pawns of Mark Zuckerberg. Voting against all will send a message that shareholders want an independent board.

See also PX14A6G from SumOfUs, an institutional shareholder of Facebook, urging Withhold on the election of Mark Zuckerberg to the Board of Directors at the annual meeting of Facebook shareholders on May 31, 2018 and a vote FOR Shareholder Proposals Four and Six, to appoint a Risk Oversight Committee and issue a Content Governance Report, respectively.

Additionally, I question the Board’s timing of the appointment of a new director, Jeffrey Zients. They are dodging a shareholder vote by appointing him after the meeting. The handling of the new director’s appointment reflect’s Zuckerberg’s insensitivity to shareholders who want to see greater accountability from Facebook. 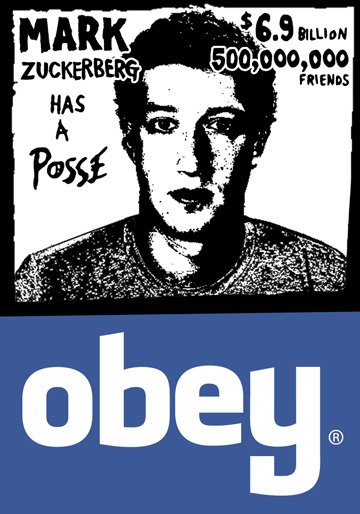 Writing in the FT, CalSTRS’ portfolio manager Aeisha Mastagni questioned Facebook’s unequal voting rights, asking “why does Mr Zuckerberg need the entrenchment factor of a dual-class structure? Is it because he does not want governance to evolve with the rest of his company? If so, this American dream is now akin to a dictatorship.” Ms Mastagni in the op-ed called for an end of dual-stock structures and hinted that sunset provisions were the antidote to the problem.

This distaste for Facebook’s current governance structure was shared by CalSTRS’ chief investment officer Christopher Ailman. Speaking to CNBC, Mr Ailman said that “the capital markets are a democracy, but that’s not how Facebook is being run.”

He went on to say that “when Facebook changed its structure to take public money in, they should have changed their structure to a more open board structure, and we think that there’s a problem with having one person in charge of the company.”

I have no reason to believe the auditor has rendered an inaccurate opinion, is engaged in poor accounting practices, or has a conflict of interest. However, Egan-Jones notes the auditor has been serving for seven more than seven years, so  years and their independence is compromised. They recommend voting against.

They also note several other issues. While the ratio of non-audit fees and total fees does not exceed 50%, I think it is worth noting it is far higher than most and could possibly lead to a conflict of interest, especially when combined with length of service. I also believe that the companies should consider the rotation of their audit firm to ensure auditor objectivity, professionalism and independence. I have not set a specific number of years.

This proposal is from NorthStar Asset Management. We co-filed a similar proposal with them at Alphabet this year, to recapitalize stock to allow one vote per share. The current dual class structure allows certain stock to have more voting power than others.

Our Company took money from public shareholders but does not let us have an equal proportionate voice in the company’s management. Facebook founder Mark Zuckerberg personally controls the firm with over 51% of the vote, though he owns only 14% of the economic value of the firm. Allowing one vote per share generally operates as a safeguard for common shareholders. Egan-Jones recommends For.

4. Formation of a Risk Oversight Committee

Given the current controversies which have caused serious reputational risks to the Company, we believe that establishing Risk Oversight Board Committee will enhance accountability and will ensure that appropriate actions will be engaged by the Board in order to mitigate the risks associated to issues such as user privacy, cybersecurity, fake news and other relevant concerns raised by the proponent.

This is my proposal (James McRitchie) co-filed with NorthStar Asset Management, Inc., so of course I voted For. Supermajority requirements are used to block initiatives supported by most shareowners but opposed by a status quo management. The majority of S&P 500 and S&P 1500 companies have no supermajority voting requirements.

Therefore, even if those shares are sold off or converted, supermajority vote requirements could impede the ability of shareholders to approve ballot items that are in our interests.

A simple majority standard will give the shareholders equal and fair representation in the Company by limiting the power of shareholders who own a large stake.

This proposal was submitted by Arjuna Capital, Illinois State Treasurer, Harrington Investments, Baldwin Brothers and Comptroller of the State of New York.

FB provides information steps taken to improve transparency of content management process and risks to its brand. FB’s Community Standards provide users with information on what type of sharing is allowed.

However, FB seems to be responding to each content management-related controversy on a case-by-case basis. This proposal requests additional disclosure re enforcement of its terms of service, with statistics on flagged content, how quickly such content is removed and other metrics.

Egan-Jones believes implementation would “provide useful information to shareholders regarding which will help the Company address related ethical concerns.”

See Arjuna Capital’s PX14A6G filing. I am not sure who could doubt the need after testimony in Congress that 126 million Americans may have viewed Russian propaganda on Facebook’s platform in the lead up to the 2016 U.S. presidential election.

This proposal was submitted by the Baldwin Brothers and Arjuna Capital, on behalf of Margaret Jacobs. Egan-Jones notes our Company’s success “depends upon its ability to embrace diversity and to draw upon the skills, expertise and experience of its workforce. We believe that public disclosure on discrimination in compensation and employment opportunities for women is an effective incentive to develop and maintain effective programs to break the glass ceiling barriers.”

Facebook discusses its gender pay equity-related initiatives in its 2017 diversity report and established a number of initiatives related to gender and ethnic diversity. However, it does not adequately address reported systemic bias. The additional information requested by this proposal would provide shareholders with better information on the effectiveness of Facebook’s diversity initiatives.

This proposal was submitted by the AFL-CIO Reserve Fund, asking the company to adopt and disclose a set of responsible tax principles.

Egan-Jones believes enactment would result in FB “incurring unnecessary costs and expenses by duplicating efforts that are already underway.”

The IRS found that Facebook structured the transfer of assets to its Irish subsidiary to shift profits from the US It issued a “Statutory Notice of Deficiency” for the tax year 2010. I think such tax avoidance is becoming too common among US Companies. We could all benefit from a more robust discussion of the issues by Facebook.

You may present proposals for action at a future meeting or submit nominations for election of directors only if you comply with the requirements of the proxy rules established by the SEC and our amended and restated bylaws, as applicable. In order for a stockholder proposal or nomination for director to be considered for inclusion in our proxy statement and form of proxy relating to our annual meeting of stockholders to be held in 2019, the proposal or nomination must be received by us at our principal executive offices no later than December 14, 2018.