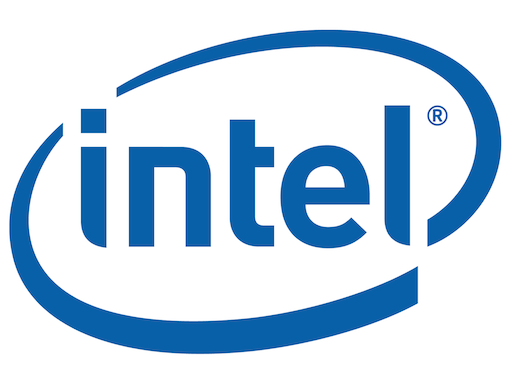 Intel Corporation (INTC), designs, manufactures, and sells computer, networking, data storage, and communication platforms worldwide. Most shareholders do not vote because reading through 100+ pages of the proxy is not worth the time for the small difference your vote will make. Below, I tell you how I am voting and why. If you have read these posts related to my portfolio for the last 22 years, have values aligned with mine, and trust my judgment (or you don’t want to take the time to read it), go immediately to see how I voted my ballot. Voting will take you only a minute or two and every vote counts. The annual meeting is coming up on May 17, 2018. I voted with the Board’s recommendations 53% of the time. View Proxy Statement via SEC’s EDGAR system (look for DEF 14A). Read Warnings below. What follows are my recommendations on how to vote the proxy in order to enhance corporate governance and long-term value.

From the Yahoo Finance profile: Intel Corporation’s ISS Governance QualityScore as of May 1, 2018 is 4. The pillar scores are Audit: 1; Board: 4; Shareholder Rights: 3; Compensation: 7.

I have no reason to believe the auditor has rendered an inaccurate opinion, is engaged in poor accounting practices, or has a conflict of interest.  I voted FOR.

Intel’s Summary Compensation Table shows the highest paid named executive officer (NEO) was CEO Brian M. Krzanich at $21.5M. I’m using Yahoo! Finance to determine market cap ($255B) and I am roughly defining large-cap as $10B, mid-cap as $2-10B, and small-cap as less than $2B. Intel is a large-cap company. According to the Equilar Top 25 Executive Compensation Survey 2015, the median CEO compensation at large-cap corporations was $10.3M in 2014, so pay was over that amount. Intel shares outperformed the Nasdaq over the most recent one, two, and five year time periods. It does not appear on As You Sow‘s list of the 100 Most Overpaid CEOs. Prior reports have shown that being on that list is correlated with lower returns in subsequent years. The ratio of the annual total compensation of the CEO to the median of the annual total compensation of all employees was 146 to 1.

Egan-Jones Proxy Services takes various measures to arrive at a proprietary rating compensation score, which measures wealth creation in comparison to other widely held issuers. “Some Concerns” is their rating given on compensation issues for Intel and they recommend Against the say-on-pay item.

Given above median pay, recommendations of Egan-Jones, and my concern with growing wealth inequality,

I voted “AGAINST” the say-on-pay item and the members of the compensation committee.

This proposal, submitted by John Chevedden, requests the Company allow shareholders to act by written consent, something that should be a standard right of shareholders at all public companies. Egan Jones recommends vote for. I concur. Vote FOR.

This is my proposal (James McRitchie) by way of my wife Myra Young. The Board would have the discretion to phase in this policy for the next CEO transition, implemented so it does not violate any existing agreement. Again, a simple good corporate governance proposal.  Egan Jones recommends vote for. Of course, I concur. Vote FOR.

This came from NorthStar Asset Management.

Shareholders recommend that the Board of Directors report to shareholders (at reasonable expense, excluding confidential information) a cost-benefit analysis of the most recent election cycle’s political and electioneering contributions by Intel and IPAC, examining the effectiveness, benefits, and risks to shareholder value associated with those contributions.

The proposal is good governance, simply requesting a report to account on political spending. It would do nothing to prevent any such spending. Egan Jones recommends against. I disagree. Vote FOR.

Proxy Democracy is still down. I am starting to look for contributions to bring it back to life. Proxy Insight had reported on Calvert voted and Australia’s Super, which voted in favor of all items. Canada Pension Plan (CPPIB) and Texas Teachers both voted in favor of all items, except the last shareholder proposal. CBIS voted For all items, except against the auditor. Trillium voted against the pay plan but for all other items. Domini also voted against the pay plan and against 1B) Andy D. Bryant and 1D) Omar Ishrak. CorpGov Votes:

Pursuant to Rule 14a-8 under the Securities Exchange Act of 1934, as amended, some stockholder proposals may be eligible for inclusion in our 2019 proxy statement. These stockholder proposals must be submitted, along with proof of ownership of our stock in accordance with Rule 14a-8, to our principal executive offices in care of our Corporate Secretary by one of the means discussed below in the “Communicating with Us” section of this proxy statement. Failure to deliver a proposal in accordance with this procedure may result in the proposal not being deemed timely received. We must receive all submissions no later than the close of business (5:00 p.m. Pacific Time) on December 6, 2018.

Be sure to vote each item on the proxy. Any items left blank are voted in favor of management’s recommendations. (See Broken Windows & Proxy Vote Rigging – Both Invite More Serious Crime). I generally vote against pay packages where NEOs were paid above median in the previous year but make exceptions if warranted. According to Bebchuk, Lucian A. and Grinstein, Yaniv (The Growth of Executive Pay), aggregate compensation by public companies to NEOs increased from 5 percent of earnings in 1993-1995 to about 10 percent in 2001-2003. Few firms admit to having average executives. They generally set compensation at above average for their “peer group,” which is often chosen aspirationally. While the “Lake Woebegone effect” may be nice in fictional towns, “where all the children are above average,” it doesn’t work well for society to have all CEOs considered above average, with their collective pay spiraling out of control. We need to slow the pace of money going to the 1% if our economy is not to become third world. The rationale for peer group benchmarking is a mythological market for CEOs. For more on the subject, see CEO Pay Machine Destroying America.