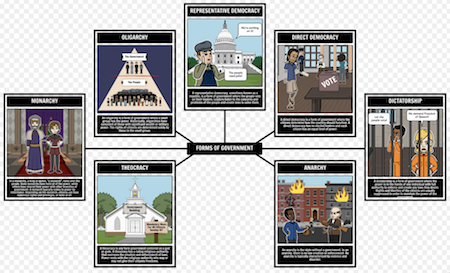 Alphabet 2018 proxy recommendations. Alphabet is run by an Oligarchy. Will $GOOG overlords give up their position as a dictatorship? Are companies governed by dictatorships and oligarchies healthy for democratic governments? Shareholders can vote for change.

Alphabet Inc., through its subsidiaries, provides online advertising services in the United States and internationally. Most shareholders do not vote because reading through 80+ pages of the proxy is not worth the time for the small difference your vote will make. Below, I tell you how I voted and why.

If you have read these posts related to my portfolio for the last 22 years, have values aligned with mine, and trust my judgment (or you do not want to take the time to read it), go immediately to see how I voted my ballot. Voting will take you only a minute or two and every vote counts.

The annual meeting is on June 6, 2018. I voted with the Board’s recommendations 45% of the time. View Proxy Statement via SEC EDGAR system (look for DEF 14A).

From the Yahoo Finance profile: Alphabet Inc.’s ISS Governance QualityScore as of April 30, 2018 is 10. The pillar scores are Audit: 2; Board: 9; Shareholder Rights: 10; Compensation: 10.

Egan-Jones Proxy Services recommends “For” with the exception of  K. Ram Shriram, L. John Doerr, and John L. Hennessy. Against is recommended for Hennessy and Doerr because they are unlikely to be independent after ten years of service. That is a consideration for me but not a red line. Doerr and Shriram were on the compensation committee, which recommended excessive pay. I voted against them.

Ann Mather serves as a director on more than five public company boards. That disqualifies her for me. I want to see more focus from my board members.

Vote: AGAINST Doerr, Mather and Shriram.

I have no reason to believe the auditor has rendered an inaccurate opinion, is engaged in poor accounting practices, or has a conflict of interest. However, Egan-Jones notes the auditor has been serving the Company for seven years or more, so independence is compromised. They also several other issues. I also believe that the companies should consider the rotation of their audit firm to ensure auditor objectivity, professionalism and independence. I have not set a specific number of years. In this case I voted FOR.

Egan-Jones finds the proposal would cause too much shareholder equity dilution. They “recommend a vote AGAINST this Proposal.”

This proposal is from NorthStar Asset Management, with me (James McRitchie) co-filing, to recapitalize stock to allow one vote per share. The current dual class structure allows certain stock to have more voting power than others.

RESOLVED: Shareholders request that our Board take all practicable steps in its control toward initiating and adopting a recapitalization plan for all outstanding stock to have one vote per share. This would include efforts at the earliest practicable time toward encouragement and negotiation with Class B shareholders to request that they relinquish, for the common good of all shareholders, any preexistingrights. This is not intended to unnecessarily limit our Board’s judgment in crafting the requested change inaccordance with applicable laws and existing contracts.

Co-founders Page and Brin control over 51 percent of total voting power, while owning less than 13 percent of stock. Our Company took money from public shareholders but does not let us have an equal proportionate voice in the company’s management. Egan-Jones notes:

We oppose such differential voting power as it may have the effect of denying shareholders the opportunity to vote on matters of critical economic importance to them. We prefer that companies do not utilize multiple class capital structures to provide equal voting rights to all shareholders.

Similar proposals were voted at the 2012, 2013, 2014, 2015, and 2016 annual meetings, which received support from 17.7 to  20.9% of votes cast, raising each year. Insiders currently hold 51% of the company’s voting power, so the support for this proposal from unaffiliated shareholders has been substantial.

This proposal is from Walden Asset Management and co-filers. I have submitted similar proposals. Egan-Jones recommends against in part because is in the “best interests of the Company and the stockholders to belong to industry associations and coalitions. However the proposal does not seek to ban such memberships, only to disclose them.

The proposal is good governance, simply requesting a report to account on lobbying. It would do nothing to prevent any such spending. As I have reminded readers in previous posts, the US Supreme Court’s decision in Citizens United v. Federal Election Commission was based on a false premise. Justice Kennedy’s majority opinion justifies the decision by pointing to the Internet.

And the Court expressed enthusiasm that technology today makes disclosure “rapid and informative.” Yet, corporations are not required to make the disclosures of lobbying expenditures and political contributions to shareowners as Justice Kennedy seems to have believed.

Arjuna Capital, as lead filer, requests Alphabet/Google prepare a report on the risks to the company associated with emerging public policies on the gender pay gap, including associated reputational, competitive, and operational risks, and risks related to recruiting and retaining female talent. The report should be prepared at reasonable cost, omitting proprietary information, litigation strategy and legal compliance information.

Egan-Jones writes “Pay disparities by gender in companies, in our view, could bring operational risks and reputational damage that is detrimental to shareholder value.” They recommend for. Alphabet reports similar gender pay gap statistics in the UK, why not here?

This proposal is from John Chevedden:

This is a simple good governance proposal, nearly identical to many I have also submitted over the years. Egan-Jones writes,

The advantages of eliminating supermajority provisions outweigh the benefits of maintaining it as a voting standard. We believe that a simple majority vote will strengthen the Company’s corporate governance practice. Contrary to supermajority voting, a simple majority standard will give the shareholders equal and fair representation in the Company by limiting the power of shareholders who own a large stake in the entity, therefore, paving way for a more meaningful voting outcome.

They recommend voting For.

Shareholders request the Board Compensation Committee prepare a report assessing the feasibility of integrating sustainability metrics, including metrics regarding diversity among senior executives, into theperformance measures of the CEO under the Company’s compensation incentive plans. For the purposes of this proposal, “sustainability” is defined as how environmental and social considerations, and related financial impacts, are integrated into long-term corporate strategy, and “diversity” refers to gender, racial, and ethnic diversity.

Egan-Jones writes “We believe that the proposal would encourage good governance and enhance shareholder value by bringing together a diverse range of skills and experience necessary in building a constructive and challenging board and management.” They recommend For.

This proposal is from the National Center for Public Policy Research, a conservative think tank. The proposal seems to be an attempt to head off a similar proposal from NYC public pension funds, which have also been seeking a diversity matrix through various proposals at companies. Although I do not like much of the work or sentiment of the Center, I do support adoption of a diversity matrix, so voted for. Many will be voting against, because of the proponent.

Egan-Jone wrote: “We believe that the proposal would encourage good governance and enhance shareholder value by bringing together a diverse range of skills and experience necessary in building a constructive and challenging board.” I understand ISS recommends against.

Arjuna Capital requests the company publish a report assessing how well the enforcement of its content policies is working and reviewing the risks associated with content management controversies. E-J endorses: “The report will provide useful information to shareholders regarding which will help the Company address related ethical concerns.” Agreed, the report will help shareholders evaluate how well the company is assessing and mitigating content-related controversies. Read their PX14A6G.

As I write this on June, Proxy Insight had reported the votes of 7 funds. I cut and paste their Quick View below: