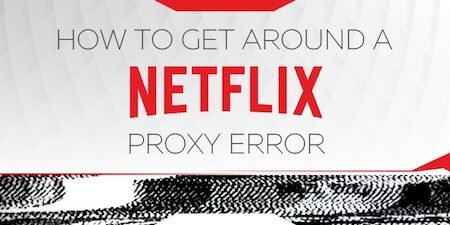 Netflix 2018 annual meeting is June 6, 2018. Vote FOR all of the shareholder proposals to enhance long-term value. The Board keeps ignoring our votes. We need to keep reminding them we want the normal shareholders rights.

Netflix (NFLX), an Internet television network, engages in the Internet delivery of television (TV) shows and movies on various Internet-connected screens. Most shareholders do not vote because reading through 70+ pages of the proxy is not worth the time for the small difference your vote will make. Below, I tell you how I am voting and why. If you have read these posts related to my portfolio for the last 22 years, have values aligned with mine, and trust my judgment (or you don’t want to take the time to read it), go immediately to see how I voted my ballot. Voting will take you only a minute or two and every vote counts.

I voted with the Board’s recommendations 25% of the time. View Proxy Statement via SEC’s EDGAR system (look for DEF 14A). Read Warnings below. What follows are my recommendations on how to vote the proxy in order to enhance corporate governance and long-term value.

Egan-Jones Proxy Services recommends “For,” all board nominees except Richard N. Barton, since he has served on the Board for more than ten years and can no longer be considered independent. Since I voted against the say-on-pay, I also voted AGAINST all members of the compensation committee up for election: Ms. Sweeney.

I voted AGAINST Barton and Sweeney.

I have no reason to believe the auditor has rendered an inaccurate opinion, is engaged in poor accounting practices, or has a conflict of interest.

Netflix’s Summary Compensation Table (p. 49) shows the highest paid named executive officer (NEO) was CEO, President, and Chairman of the Board Reed Hastings at $24.4M. I’m using Yahoo! Finance to determine market cap ($152.0B) and I am roughly defining large-cap as $10B, mid-cap as $2-10B, and small-cap as less than $2B. Netflix is a large-cap company. According to the Equilar Top 25 Executive Compensation Survey 2015, the median CEO compensation at large-cap corporations was $10.3M in 2014, so pay was well over that amount.

Netflix shares outperformed the Nasdaq over the most recent one, two, and five year time periods. It also appears on As You Sow‘s list of the 100 Most Overpaid CEOs. Prior reports have shown that being on that list is correlated with lower returns in subsequent years. The Company’s estimate of the ratio of the CEO’s annual total compensation to the median employee’s annual total compensation for fiscal year 2017 is 133 to 1.

Egan-Jones Proxy Services takes various measures to arrive at a proprietary rating compensation score, which measures wealth creation in comparison to other widely held issuers. “Superior” is their rating given on compensation issues for Netflix and they recommend For the say-on-pay item.

Given above median pay, the appearance on As You Sow‘s list of the 100 Most Overpaid CEOs, and my concern with growing wealth inequality, I voted “AGAINST” the say-on-pay item and the members of the compensation committee.

This is our proposal (James McRitchie), submitted on behalf of my wife Myra Young, so of course I voted FOR. Delaware law allows 10% of company shares to call a special meeting. A shareholder right to call a special meeting is a way to bring an important matter to the attention of both management and shareholders outside the annual meeting cycle. This is important because there could be 15-months between annual meetings. 15% is still well above the 10% allowed by law, which many other companies provide. Emergencies do happen.

Egan-Jones recommends against because they “do not believe it is Egan to enable holders of below 25% of the common stock to have an unlimited ability to call special meetings for any purpose at any time.” However, the proposal is precatory. Netflix shareholders need the right to hold special meetings. The Board can craft such a right with any limitations they want. However, they will only do so if shareholders press the issue.

This proposal is cosponsored by NYC retirement funds and the Connecticut Retirement Plans Trust Funds. Egan-Jones recommends For.

The proposal closely mirrors the SEC’s universal proxy access Rule 14a-11, vacated after what many believe to be a biased court decision regarding the SEC’s cost-benefit analysis. Proxy Access in the United States: Revisiting the Proposed SEC Rule, a cost-benefit analysis by CFA Institute, found proxy access would “benefit both the markets and corporate boardrooms, with little cost or disruption,” raising US market capitalization by up to $140.3 billion. Public Versus Private Provision of Governance: The Case of Proxy Access found a 0.5 percent average increase in shareholder value for proxy access targeted firms.

This proposal was submitted by the City of Philadelphia Public Employees Retirement System. It seeks a clawback policy that would recoup incentive pay when there has been misconduct by a senior executive or when such executives failed in their management or monitoring responsibility.

This is a standard, good governance proposal from John Chevedden. Egan-Jones recommends FOR.

This is a standard, good governance proposal from CalSTRS. Egan-Jones recommends FOR. Stockholders have repeatedly asked the Company to take the steps necessary to eliminate the supermajority voting provisions. Since 2013, stockholders have approved proposals on this topic four times. Despite greater than 80% stockholder support for these proposals in 2013, 2015, and 2016, and 63% support last year, the board has refused to act on stockholders’ clear directive.

This is a standard, good governance proposal from SEIU. Egan-Jones recommends FOR. Ninety percent of S&P 500 companies have majority voting in place, according to ISS. Netflix shareholders cast a majority of yes/no votes in favor of a majority vote standard in 2013, 2014, 2016, and 2017, yet Netflix has not acted.

As I write this, Proxy Insight had only reported on Teacher Retirement System of Texas, which voted in favor of all items except Barton, Smith, Sweeney and executive pay. That is very close to how I voted.

Such proposal or nomination must also comply with the requirements set forth in our bylaws. Proposals and nominations should be mailed to: Netflix, Inc., 100 Winchester Circle, Los Gatos, California 95032, Attention: Secretary.