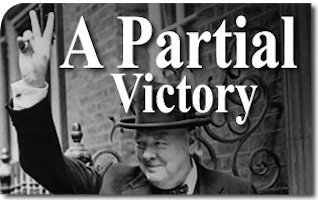 High voter turnout is required at Clorox because we seek, now with the Board’s endorsement, to overturn a supermajority provision in the Certificate of Incorporation that requires 80% of the voting power vote FOR repealing supermajority requirements for approval of business combinations. For that provision to be repealed, we need to turn out a huge percentage of shareholders and get the to vote in favor. Following is the “Resolved” portion of our proposal:

In our Supporting Statement we observed shareowners will pay a premium for shares of companies that have excellent corporate governance. Supermajority voting requirements are one of six primary entrenchment mechanisms negatively related to company performance, according to What Matters in Corporate Governance by Lucien Bebchuk, Alma Cohen and Allen Ferrell.

Supermajority requirements block initiatives supported by most shareowners but opposed by a status quo management. The majority of S&P 500 and S&P 1500 companies have no supermajority voting requirements.

This proposal topic won from 59.2% to 75.1% of the vote at Kaman, DowDuPont and Ryder System in early 2018. Prior to that, it won 74% to 99% support at Weyerhaeuser, Alcoa, Waste Management, Goldman Sachs, FirstEnergy, McGraw-Hill, Macy’s, Ferro Arconic, and Cognizant Technology Solutions.

Partial Victory at Clorox: Board Response

Through a no-action letter, instead of talking with us directly, the Company let it be known the Board adopted a resolution as follows on July 3rd:

Partial Victory at Clorox: Our Response and Further Action

Given the Board’s action, our initiative has so far met with a partial victory at Clorox. To save unnecessary expenditure by Clorox and the SEC, we withdrew our proposal contingent on the Board following through with its July 3 resolution.

Next, we hope Clorox, through its solicitor, will make a real effort to get out the vote. Winning 80% approval of the “voting power,” not the “vote,” is a high threshold. We expect to see higher overall votes, as a result of Company proxy solicitation efforts. We may file a Notice of an Exempt Proxy Solicitation (PX14A6G) to help voter turnout. If you own Clorox stock, please help us change a partial victory at Clorox into a clear win for all shareholders by voting to delete the text of Article Six from the Certificate of Incorporation.

The text of our withdrawal follows:

Thank you for notification of the Board’s 3-point action to include a proposal to amend the Certificate of Incorporation and recommend stockholders vote to eliminate the supermajority voting provisions at the 2018 annual meeting.

Since the requirement for repeal is 80% of the voting power, we expect the Company will make every reasonable effort through its proxy solicitor to ensure a positive vote.

Given the Board’s action and to minimize Company and SEC expenses, I hereby withdraw Mr. McRitchie’s proposal contingent on the Board following through with its 3-point July 3, 2018 resolution.

Yes, future support for directors will depend, in part, on an evaluation of efforts made by Clorox though its proxy solicitor to support repealing the supermajority requirement.