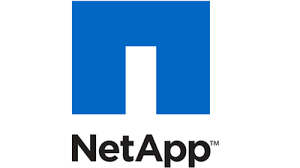 Proposal 6 failed to address this key text from the shareholder proposal that was submitted months before Proposal 6 was published:

If shareholders vote for proposal 6 shareholders could be opening the door for management to repeat Proposal 6 again in 2019 if a shareholder submits a proposal to improve management’s watered-down special meeting rules.

A vote for Proposal 6 can pour cold water on shareholders having a future opportunity to improve the watered-down management-friendly special meeting rules.

Potentially, anytime a shareholder asks for an improvement in a shareholder right – the company can simply simply sandbag the shareholder proposal by asking for a ratification of the status quo.

It is not in the interest of shareholders to give management such an easy way to sandbag shareholder proposals.

Written materials are submitted pursuant to Rule 14a-6(g)(1) promulgated under the Securities Exchange Act of 1934.*

*Submission is not required of this filer under the terms of the Rule, but is made voluntarily in the interest of public disclosure and consideration of these important issues.

The shareholder asks all shareholders to vote against Proposal 6 by following the instructions provided in the management proxy mailing.

CorpGov.net Publisher’s note: NTAP annual meeting to be held on September 13, 2018. I added the corporate logo so that readers would know what company is being discussed.