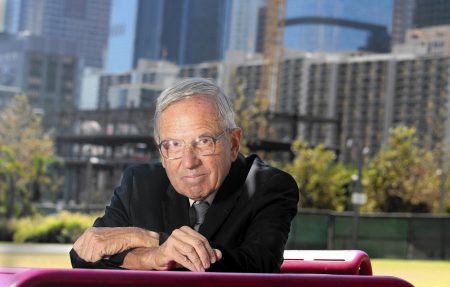 For years, the “Chevedden group” (Chevedden, McRitchie/Young and Steiner) has focused almost exclusively on governance proposals. More democratic corporations are likely to listen to their shareholders on other issues as well.  Democracies facilitate voice and the exchange of ideas. Fighting for environmental and social issues, while extremely important, felt like addressing symptoms, rather than root causes.

Chevedden group proposals seek to declassify boards, require majority votes to elect directors, allow proxy access, and allow shareholders to call special meetings. Since many large cap companies have now adopted such provisions, we are broadening our scope to also focus on other issues. Below are some preliminary results for 2018.

Not All Chevedden Group Proposals Were Voted

More than 50 of our proposals never made it to the proxy. Some were knocked out by no-action decisions from SEC staff. Seven companies won no-action requests by substituting their own existing policy as a proxy measure. This underhanded tactic of “ratification” was used by at least seven companies. We are delighted to see Glass Lewis address this issue:

In instances where companies have excluded a special meeting shareholder proposal in favor of a management proposal ratifying an existing special meeting right, Glass Lewis will typically recommend against the ratification proposal as well as members of the nominating and governance committee.

I expect we will refile at many of the offending companies. A few times we failed to get a broker letter in or someone did not show up to present at the annual meeting.

However, most of the proposal that did not get voted were adopted in whole or in part by boards. Here again, improvements are needed to ensure against half-hearted substitute proposals by boards that fail to solicit proxies or hold meetings open to overturn supermajority requirements. In at least one instance, we agreed that a company could substitute a management proposal for ours. However, then one of the directors voted his substantial block against the management proposal and it failed. Agreements cannot always be trusted but we will continue to negotiate in good faith.

My wife and I will turn to the organization As You Sow for a few proposals focused on environmental and social issues. We are also working with the Center for Political Accountability to enhance disclosure of political contributions. John Chevedden and Kenneth Steiner can also be expected to broaden their focus in the coming proxy season. While the Chevedden group is not done with corporate governance proposals, we recognize democracy must be won on many fronts.

What types of proposals would you like to see the Chevedden group  submit? Please let us know.