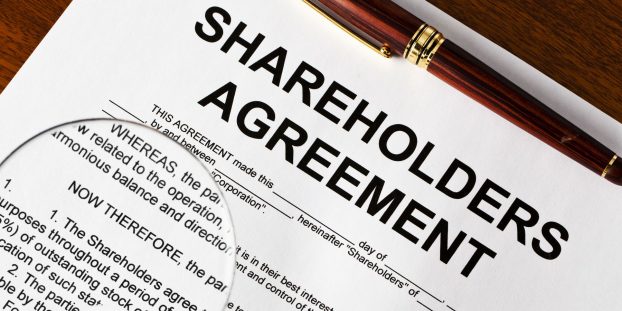 LGBT rights are under fire at the SEC. Despite gains in the push for equality, lesbian, gay, bisexual, and transgender (LGBT) individuals still face significant discrimination and harassment in the workplace.  A 2017 survey by the Center for American Progress found that 25% of LGBT respondents reported experiencing discrimination because of their sexual orientation or gender identity within the past year. Discrimination, or fear of discrimination, can lead to poor workplace morale, increased employee turnover (and related costs), mistrust among colleagues, and reduced productivity.

As investors, we believe that companies that have inclusive workplaces better protect and enhance long-term shareholder value.  Inclusive employers not only avoid the risks identified above but are also better able to recruit talented employees from the broadest possible labor pool, ensure a respectful and supportive work atmosphere that bolsters employee performance, and better appeal to diverse consumer groups.  Further, companies with good equal employment opportunity (EEO) policies are more likely to resolve complaints of harassment internally and avoid costly litigation and reputational damage.

For years, shareholders have successfully engaged hundreds of corporations on adopting best practice EEO policies. Recent decisions by the Securities and Exchange Commission (SEC), however, suggest that the ability to utilize shareholder proposals to encourage best practice workplace polices is now in jeopardy.

“Recent decisions by the Securities and Exchange Commission (SEC) suggest that the ability to utilize shareholder proposals to encourage best practice workplace polices is in jeopardy.”

On March 29, 2018, SEC staff ruled for a second year in a row that Cato Corporation, a women’s apparel retailer headquartered in North Carolina, could omit a shareholder proposal from its proxy statement (a required public document that provides information to shareholders on matters voted at company annual meetings).  By excluding the proposal from the ballot, the SEC denied shareholders the opportunity to express their voice.

The proposal requested that Cato “amend its written equal employment opportunity (EEO) policy to explicitly prohibit discrimination based on sexual orientation and gender identity or expression,” as Cato’s non-discrimination policy did not include these protections (and still does not).  The company appealed that it should not have to amend its policy due to a July 2015 declaration from the Equal Employment Opportunity Commission (EEOC) that the prohibition of “sex” discrimination under Title VII of the Civil Rights Act of 1964 includes discrimination based on sexual orientation and gender identity. The SEC concluded that Cato could exclude the proposal because the company’s policies already satisfied the request.

If the EEOC says LGBT people are protected from discrimination and the SEC seems to agree, what’s the problem?

First, EEOC decrees are not law.  If the Supreme Court accepted the EEOC’s interpretation it could become codified as law, but thus far cases testing this interpretation have been mired in the appellate courts with varying results. Of the three cases tried so far, two affirmed sexual orientation is protected under Title VII while one (Evans v. Georgia Regional Hospital) did not.  The U.S. Supreme Court then rejected an appeal to hear Evans’ case.

Second, EEOC directives can shift over time.  The EEOC is a bipartisan commission comprised of five presidentially appointed members who serve fixed terms. Presently there are two vacant positions and two of the three sitting commissioners have terms that expire in 2018 and 2019. There is no certainty that the EEOC will maintain its position as more appointees from the current administration are added to the commission.  Already, other federal agencies have reversed course on LGBT protections under President Trump.  For example, the Department of Justice (DOJ) reversed its interpretation of protections afforded to transgender employees under existing federal laws and openly asserted that Title VII does not protect against discrimination based on sexual orientation.

As interpretations of Title VII are subject to political whims, we believe that corporate EEO policies need to be explicit to guarantee LGBT employees protection from discrimination and protect shareholder value.  This is doubly important for a company like Cato Corporation that is headquartered in a state recently embroiled in national controversy regarding transgender rights over the passage and subsequent repeal of a “Bathroom Bill” that required individuals to utilize the restroom correlating with their sex at birth.  Cato also operates in 18 states with Religious Freedom Laws that many contend can be used to defend LGBT discrimination.

“As interpretations of Title VII are subject to political whims, Walden believes that corporate EEO policies need to be explicit to guarantee LGBT employees protection from discrimination and protect shareholder value.”

The SEC’s decisions with respect to Cato are a departure from its long-established precedent that barred companies from omitting similar proposals unless their official EEO policy included the actual words “sexual orientation” and “gender identity.”  This will likely have negative repercussions.  For example, California-based CorVel Corporation, a medical cost containment and managed care company, has been unresponsive to shareholder engagement on workplace equality, citing the Cato decision as justification.

The SEC’s wrongful interpretation that LGBT workers are already protected from discrimination may act as a drag on progress toward equality in the workplace.  In addition, legislation such as the Equality Act and the Employment Non-Discrimination Act (ENDA), which expand the definition of discrimination to include discrimination based on sexual orientation and gender identity, have not passed Congress. In the absence of SEC support and federal protections, we hope the investor community can still be effective in pushing LGBT workplace equality forward.

About the author: Carly Greenberg, CFA is a Senior Environmental, Social, and Governance (ESG) Analyst at Walden Asset Management. She is responsible for assessing the ESG performance of current and potential portfolio companies, and works on shareholder engagement initiatives related to a wide range of sustainability issues including LGBT Workplace Equality.

Publisher’s Note: This post originally appeared as SEC Slows Push for Workplace Equality in the Resources section of the Walden Asset Management site. I made minor edits, added links, graphics, title, heading and the information below.