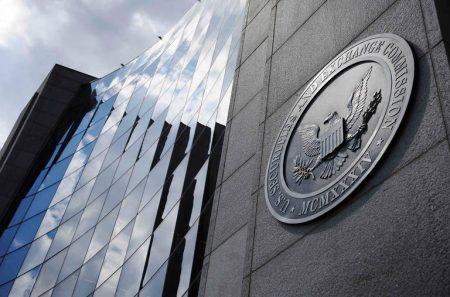 The November 15 SEC Roundtable on the Proxy Process will include me on the SEC Shareholder Proposal Panel. Public announcement with instructions for submitting comments. I will only have a few minutes at the Roundtable. What should I emphasize? Where should I stay in DC?

Take Action: Readers of CorpGov.net know far more than I do. Please email your suggestions and supporting evidence. Without your help, I will ramble off topic to connected tangents, difficult to explain in a few seconds. This post is sure to be an example.

At the 2015 SEC Roundtable I was on the panel addressing retail shareholder participation. The process was interesting, informative and had lasting impacts. Dreams for immediately implemented ideas are almost always better than reality. The 2015 was no exception, but still worthwhile. I wrote several posts before providing my testimony, including:

As Chairman Clayton noted in his statement,

Companies now recognize they cannot just stonewall. The proxy process gets attention. As readers know, years ago the SEC allowed proxy access proposals. It wasn’t until shareholder proposals actually won a couple of times that the SEC reinterpreted the rules (without going through the rulemaking process) to deny proxy access proposals. That violation of the APA was finally addressed in AFSCME v AIG.

Today, it is not a coincidence that BlackRock and others are now attacked by the Main Street Investors Coalition (National Association of Manufacturers) after finally voting in favor of two shareholder proposals aimed at addressing climate change.

According to the referenced footnote, Gibson Dunn, contracted for many no-action requests aimed at my proposals, estimates that during the 2018 Proxy Season John Chevedden, McRitchie/Young and the Steiners submitted or co-filed 24% of all proposals.

Areas of the shareholder engagement process that may warrant particular attention include:

Of course my thoughts wander right away to panels other than Shareholder Proposals but my concerns are related.

I have only begun to think about my few few minutes of testimony. Of course, I want to defend the rights of the “gadflies” who submit 24% of the proposals, according to Gibson Dunn.  Proxy Insight data shows William Steiner, James McRitchie, John Chevedden, Kenneth Steiner, and Myra K. Young averaged 37.8% support in 2018 versus 33.3% for all shareholder sponsored proposals in the US over that period.

Further, governance proposals which constitute the bulk of the “gadfly” activity averaged 38.8% support. By comparison proposals put forward by asset owners/managers in 2018 received an average 32% support and all shareholder proposals sponsored by individual shareholders (like the gadflies) averaged 33.8%. In conclusion, both the gadflies and other individual investors did better than the professionals.

This preliminary information can be improved. Looking at my own records, I see 14 of my proposals did not make it to the proxy. Ten were adopted in whole or in part by the corporate boards. An eleventh board promised to implement another of my proposals. Those unseen numbers push up my own record of success considerably. Their success rate was 73%.

I would argue widespread beneficial corporate governance reforms would have been adopted so rapidly without our filings. The evidence should show that we were instrumental in spreading board declassifications, majority voting standards for directors, special meeting rights, written consent, eliminating or reducing supermajority voting requirements, and adopting proxy access come to mind). Does anyone have such information at hand?

Regarding resubmission thresholds, some have argued they should be raised. That would most impact ES proposals, which frequently have a harder time getting traction. We have recently begun to file more of these as well: political accountability, misuse of share buybacks, cybersecurity, etc.

Many investors default to voting with management if they lack a voting policy on a new issue. It would be great to have examples of proposals that initially won little support but were later widely embraced.  My mind goes to proposals on desegregating Greyhound bus stations, being more careful with subprime loans, respecting LGBT rights, addressing climate change, board diversity, and political transparency.

The Shareholder Rights Group has done some interesting work in this area.  Their petition regarding resubmissions includes the following:

For example, consider the 2000 and 2003 proposals filed by religious investors at banks regarding subprime lending and securitization. The responsive companies—those that took action on the issues raised by the proposals— reportedly avoided being part of the financial crisis. [page 14]

Unfortunately, there was no shareholder collaboration at most banks and the resulting financial crisis cost Americans alone an estimated $13 trillion.

I know I will be expected to address issues such as the above on the SEC Shareholder Proposal Panel. Time will be very limited. However, I also want to speak to the growing disconnect between share ownership and shareholder rights (and obligations) short-termism, income inequality, etc. More widespread shareholders with real rights (like the rights of citizens within countries) are needed to ensure corporations are a vibrant and positive force in democracy. A common mistake is to separate investments from our other values. For our corporations to be a positive force in the world, we must invest in those companies most likely to create the world we and our great-grandchildren will want to inhabit.

A Nation of Small Shareholders: Marketing Wall Street after World War II chronicled efforts by NYSE to increase the number of shareholders. The effort was aimed at increasing commissions of NYSE members, reducing the threat of communism by giving Americans a ‘sense’ of ownership, and helping win popular support for reduced taxes on investment income. There was no emphasis on the shareholder’s role in corporate governance.

We need a revival of such a campaign but with an emphasis on shareholders as owners with rights (and obligations, even if being informed and voting proxies is more of a social norm than a legal requirement). With 90% of shares in America held by the top 20% and 40% held by the top 1%, capitalism risks becoming illegitimate. Share ownership must become more widespread if we are to address wealth inequality and short-termism in a way that avoids heavy handed government redistribution and regulation.

I am concerned with those sorts of issues and charts like the following that shows a strong correlation between income inequality and the ‘we’ versus ‘them’ mentality of our current political polarization: 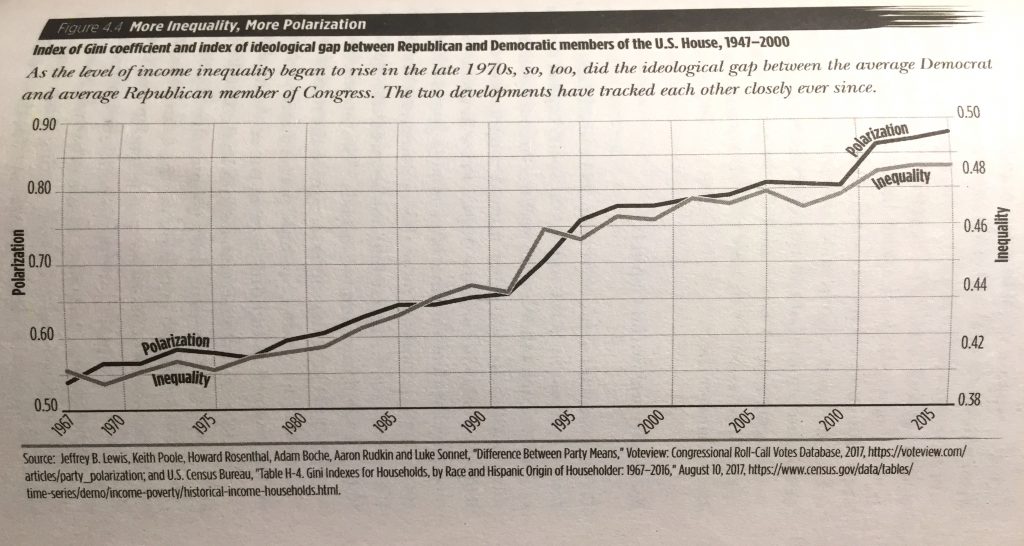 NYC’s Comptroller has begun to post their proxy votes in advance of meetings. See our incomplete list at Shareholder Action Handbook. The SEC should encourage BlackRock, Vanguard, SSgA and others to do the same and should put links to Internet pages listing all such disclosures. If funds take proxy voting seriously, as they claim to do, announcing  votes in advance of annual meetings could help sway the votes of other funds and individual “Main Street Investors.”

It is easier to be a responsible shareholder citizen if you can see how others are voting and why. It will be easier for me to provide testimony at the SEC Shareholder Proposal Panel if you take action and lend me a hand. Let’s start a dialogue.