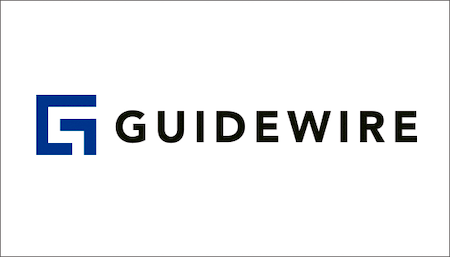 The Guidewire Software 2018 annual meeting is December 6th. Vote AGAINST ratifying the auditor and pay. Vote FOR our proposal to declassify the board to enhance long-term shareholder value.

Guidewire Software, Inc. (GWRE) provides software products for property and casualty insurers worldwide. Most shareholders do not vote.  Reading through 50+ pages of the proxy takes too much time. Your vote will make only a small difference but could be crucial. Below, how I voted and why.

From the Yahoo Finance profile: Guidewire Software, Inc.’s ISS Governance QualityScore as of November 1, 2018 is 6. The pillar scores are Audit: 2; Board: 2; Shareholder Rights: 8; Compensation: 9.

Egan-Jones Proxy Services recommends FOR all board nominees.

I have no reason to believe the auditor engaged in poor accounting practices or has a conflict of interest. Egan-Jones recommends voting against the auditor if they served for seven years. Independence becomes compromised by that time. Guidewire’s auditor has served more than seven years. No other issues appear significant.

Guidewire Software’s Summary Compensation Table shows the highest paid named executive officer (NEO) was President and CEO Marcus S. Ryu at $11.2M. I’m using Yahoo! Finance to determine market cap ($6.9B) and I define large-cap as $10B, mid-cap as $2-10B, and small-cap as less than $2B. Guidewire Software is a mid-cap company.

Egan-Jones Proxy Services uses a proprietary rating compensation system to measures wealth creation in comparison to other companies. “Good” is their compensation rating for Guidewire Software. They recommend a vote of FOR for the say-on-pay item.

Vote AGAINST.  Normally, when I vote against pay I also vote against members of the compensation committee. Because of Guidewire’s use of a classified board, none of the members are up for a vote at this year’s meeting.

4. Shareholder Proposal: Declassify the Board

This is our proposal. (James McRitchie filed on behalf of my wife, Myra Young) According to Egan-Jones:

It is intuitive that when directors are accountable for their actions, they perform better. We therefore prefer that the entire board of a company be elected annually to provide appropriate responsiveness to shareholders. After evaluating the details pursuant to the shareholder proposal and in accordance with the Egan-Jones’ Proxy Guidelines, we recommend a vote FOR this Proposal.

As indicated in the proposal:

Shareholder resolutions on this topic won an average of 84% support in 2018 as of early June. Wins included 94% at Hecla Mining, 88.4% at FleetCor Technologies, 86.9% at Whitestone REIT, and 84.4% at Illumina Inc. No shareholder on this topic was recorded as willing less than 67.3% of the vote. That low support was at Axon Enterprise Inc.

According to Equilar: “A classified board creates concern among shareholders because poorly performing directors may benefit from an electoral reprieve. Moreover, a fraternal atmosphere may form from a staggered board that favors the interests of management above those of shareholders. Since directors in a declassified board are elected and evaluated each year, declassification promotes responsiveness to shareholder demands and pressures directors to perform to retain their seat. Notably, proxy advisory firms ISS and Glass Lewis both support declassified structures.”

Guidewire’s opposition statement notes that even if a majority of shares vote in favor of the proposal, it is non-binding. If passed, the board could put the issue on the proxy and enactment would require the affirmative vote of the holders of 66 2/3% of the shares entitled to vote. That is a fairly high bar. However, it brings the proposed reform into context. Shareholders cannot call special meetings. Shareholders have no right to act by written consent and supermajority vote requirements are needed to amend certainly charter provisions. The combined effect is to lock the board into an out-dated corporate governance structure and reduce board accountability to shareholders.

Proxy Insight has not yet reported any votes as of this writing.

To be included in our proxy statement for the 2019 annual meeting, stockholder proposals must comply with the requirements of Rule 14a-8 under the Securities Exchange Act of 1934, as amended (the “Exchange Act”), and be received by our Secretary at our principal executive offices no later than July 8, 2019, which is one hundred twenty (120) calendar days before the one-year anniversary of the date on which we first released this proxy statement to stockholders in connection with this year’s annual meeting.