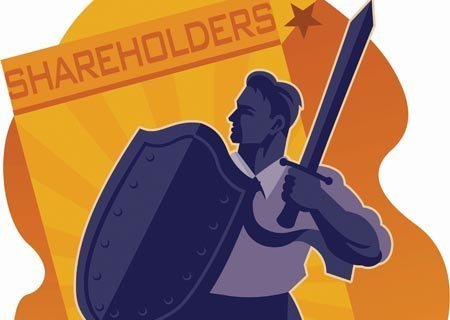 Franklin Resources 2019 annual meeting is 2/12/2019. Shareholder rights are under attack. Vote AGAINST  Barker, Johnson, Pigott, Stein, and Waugh, as well as the auditor. Most important, vote AGAINST the Board’s attempted Ratification of a Substitute Special Meeting Amendment. Shields up! Vote to protect shareholder rights and enhance long-term shareholder value.

Franklin Resources, Inc. (BEN) is a publicly owned asset management holding company. The firm invests in the public equity, fixed income, and alternative markets. Most shareholders do not vote.  Reading through 70+ pages of the proxy takes too much time. Your vote will make only a small difference but could be crucial. Below, how I voted and why.

From the Yahoo Finance profile: Franklin Resources, Inc.’s ISS Governance QualityScore as of January 1, 2019 is 4. The pillar scores are Audit: 2; Board: 7; Shareholder Rights: 2; Compensation: 8. Unfortunately, there is no say-on-pay vote this year at Franklin Resources.

Corporate governance scores courtesy of Institutional Shareholder Services (ISS). Scores indicate decile rank relative to index or region. A decile score of 1 indicates lower governance risk, while a 10 indicates higher governance risk. We need to pay close attention to Compensation and the Board.

Egan-Jones Proxy Services recommends For board nominees, except (1A) Peter K. Barker, (1D) Gregory E. Johnson, (1F) Mark C. Pigott and (1I) Seth H. Waugh. Barker, Pigott and Waugh all serve on the compensation committee, which is too generous. Additionally, all have served ten years or longer, so are potentially conflicted. Johnson, as Board Chairman, failed to address cyber security issues.

Additionally, I voted against (1H) Laura Stein.  She chairs the Corporate Governance committee, which chose to substitute a Board special meeting proposal and eliminate the opportunity for shareholders to vote on my proposal on the same topic. My proposal was submitted months before the Board acted to recommend a higher threshold. Read more below under item 3. The SEC allowed Franklin Resources to delete my proposal as long as they provided that the company’s proxy statement discloses:

Although the proxy might technically comply with that, it is not clear that voting for “ratification” is tantamount to voting against a lower threshold. Many shareholders, and some advisors (such as Egan-Jones), will simply see some ability to hold a special meeting as better than not having any such right. Instead of voting for ratification as a rejection of the invisible shareholder proposal (as theorized by the SEC), they will be voting or advising in favor of the only option that grants them such rights that appears on the proxy. Although that is understandable, it rewards bad behavior. If both proposal had appeared on the proxy, shareholders would have been able to choose. By rejecting the ratification proposal, you open that as an opportunity for next year.

I have no reason to believe the auditor engaged in poor accounting practices or has a conflict of interest. Egan-Jones recommends voting against the auditor if they served for seven years. Independence becomes compromised by that time.

Regardless of what threshold you believe is best, I hope you will vote AGAINST the Board’s 25% proposal because they should not be able to hijack a shareholder proposal by substituting their own.  SLB 14H attempted to prohibit such gaming but the SEC’s poorly crafted language allowed a loophole for doing the opposite. Shareholders should have the choice to vote for the Board’s proposed threshold or mine. The winner would then reflect the preferred choice of shareholders.

Proxy advisors ISS and Glass-Lewis adopted policies to recommended against such “ratification” proposals as abusive. Glass Lewis goes further and will typically recommend voting against the management proposal and against the governance committee chair. (ISS and Glass Lewis Policy Updates for the 2019 Proxy Season)

This proposal from William L. Rosenfeld requests the Board institute transparent procedures to avoid holding or recommending investments in companies that, in management’s judgment, substantially contribute to genocide or crimes against humanity, the most egregious violations of human rights.

Egan-Jones recommends AGAINST because the firm’s business practices “already reflect support and respect for the protection of fundamental human rights and the prevention of crimes against humanity as reflected in the Human Rights Statement, in accordance with the principles set forth in the United Nations Universal Declaration of Human Rights.”

Proxy Insight has reported no votes at this early date but many votes do not come in until about the last week of voting. I am posting this early to ensure shareholders are alert to item #3. I may update at a later date.

If a stockholder wishes to present any proposal for inclusion in the proxy materials to be distributed by us in connection with our 2020 annual meeting, the proposal must be received by the Secretary of the Company on or before August 29, 2019.

Be sure to vote each item on the proxy. Any items left blank are voted in favor of the Board’s recommendations. (See Broken Windows & Proxy Vote Rigging – Both Invite More Serious Crime). I generally vote against pay packages where NEOs were paid above median in the previous year but make exceptions if warranted. According to Bebchuk, Lucian A. and Grinstein, Yaniv (The Growth of Executive Pay), aggregate compensation by public companies to NEOs increased from 5 percent of earnings in 1993-1995 to about 10 percent in 2001-2003.