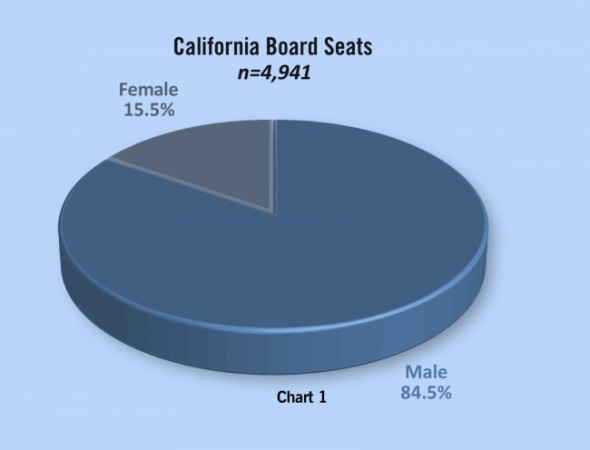 The second annual Board Governance Research report on Women on Boards of Companies Headquartered in California examines the current state of board gender diversity. California made history in 2018 by becoming the first state in the U.S. to require that public companies headquartered in the state have women on their boards. Last year’s report was cited in the text of SB 826, the new law requiring women on boards of companies headquartered in California and has elevated the conversation regarding gender diversity on corporate boards across the country.

New Jersey appears next on deck, but I expect the movement will soon grow to include others, such as Massachusetts, Illinois, Pennsylvania and Colorado. Board Governance Research reports may have contributed to Virginia revisiting the question of whether to become the 38th state to ratify the Equal Rights Amendment (ERA).

This new report presents the findings of an in-depth analysis of the board gender diversity of 632 companies headquartered in California, which are traded on the NYSE or Nasdaq stock exchanges. This year’s report includes nearly 200 additional companies, as compared with last year. Most of the additional companies are micro-caps, with less than $300M in market capitalization.  Companies this small are not typically included in board composition and governance analyses. However, these companies play an important role in the California economy and they too must comply with SB 826. Therefore, the inclusion of micro-cap companies provides a uniquely comprehensive view of board gender diversity in California.

Is your company or organization missing from the list? Help fund next year’s study. Contact Annalisa Barrett, Founder and CEO of Board Governance Research.