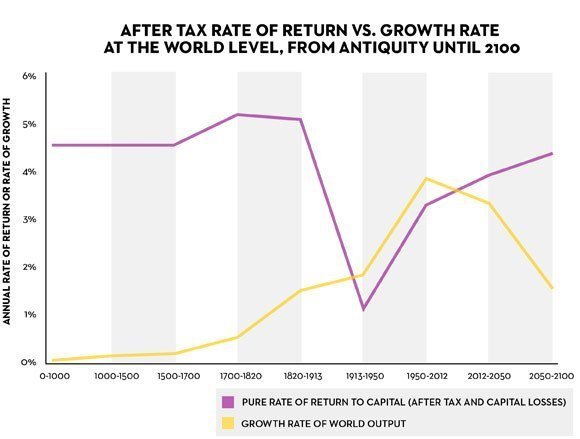 Participation by every American family in the market and in corporate governance is needed to address growing inequality, sense of powerlessness and slowing growth rate. As long as 84% of corporate stock is owned and controlled by 10% of Americans, corporations will not be trusted; nor should they be.

Despite overall economic gains nationwide, “many Americans have lost faith in core institutions—public and private alike. They don’t believe that government or business understand the challenges they face, or are willing or able to address them.” (Thomas J. Donohue, president and CEO of the U.S. Chamber of Commerce)

There is certainly advantage to the community when men take care of themselves. But that justification [for shareholders] turns on the distribution as well as the existence of wealth. Its force exists only in direct ratio to the number of individuals who hold such wealth. Justification for the stockholder’s existence thus depends on increasing distribution within the American population. Ideally the stockholder’s position will be impregnable only when every American family has its fragment of that position and of the wealth by which the opportunity to develop individuality becomes fully actualized. (Adolf Berle, The Modern Corporation and Private Property)

For capitalism to be compatible with democracy, we not only need investment funds that align with our full values as people (Internet Will Drive Public Opinion and Proxy Voting to Reflect American Values), we need participation by every American family. Americans have lost faith in our institutions because they do not reap the benefits generated by corporations.

As Berle also noted, “Stockholders toil not, neither do they spin, to earn that reward. They are beneficiaries by position only. Justification for their inheritance must be sought outside classic economic reasoning.” As Berle implied, allowing shareholders to be the primary beneficiaries of  the wealth generated by corporations can only be justified when “every American family has its fragment of that position.”

Marjorie Kelly noted at the turn of the century, “investing” in the stock market is really speculating, since 99% of the money invested in shares simply represents a bet on future growth. Shareholders are not providing capital to companies. They are buying shares from other shareholders, gambling the price will rise. Only about 1% of shares sold (mostly during the initial public offering) actually finds its way to corporations. A more accurate description of “investors,” according to Kelly, would be “extractors.” (The Divine Right of Capital: Dethroning the Corporate Aristocracy, review essay)

There is little to justify shareholder control over corporations, except historical legal precedent and the fact that shareholder control probably yields better alignment with societal values than managerial control, although at an increasing number of companies with dual-class shares we may be entering an era of corporate dictatorships.

While about half of American households own stock, they do so mostly through mutual funds or retirement accounts. Of those direct shareholders, about two-thirds hold less that $6,000, often through employee stock ownership plans. In 2010, of direct holding families, 29 percent held only one stock; 18 percent held more than ten stocks. Of the families that held shares, the median portfolio was $20,000, while the median retirement account of families with retirement accounts was $44,000. (Investment: A History 2016)

In the United States, the wealthiest 10% of households own 84% of corporate stock outstanding. (The Next Shareholder Revolution) Capitalism cannot survive if it primarily serves only 10% of the population.

The impacts of wealth inequality are too numerous to be adequately covered here. The following have been implicated:

Given the rate of returns for capital have outpaced growth (Piketty’s Inequality Story in Six Charts, see graph above) and recent tax cuts that favor the wealthy, we can expect the pace of income and wealth inequality to accelerate. Full participation would lead to higher growth rates.

The 2020 Presidential elections will see a plethora of proposals aimed at making our corporations and other institutions work for the larger society, not just economic elites. One way to help restore faith in our institutions and further tap the wealth generating capacity would be to make shareholders of every family in America.

Participation in Ownership AND Governance of Corporations Needed

After WWII, the NYSE developed a marketing campaign, “Own Your Share of American Business” (OYS), to rebuff communism, restore profitability to retail brokerage firms, and convince Americans to lower capital gains taxes.  (A Nation of Small Shareholders) OYS was never aimed at really transforming America by shifting power from the few to the many. Full participation in corporate governance was not an objective. Giving small retail shareholders a “sense” of participating in capitalism was enough.

Imagine, instead, if all Americans had a substantive stake, as well as a meaningful voice in how corporations are governed and corporate resources are deployed. Imagine if investing in shares was promoted as a way to participate in financial returns AND voting on what kind of world we want to live in based on each company’s “social purpose.” Creating a nation of small shareholders involved in corporate governance could be transformative. How we will accomplish that should be a matter or national debate.

Previous Posts in this Series