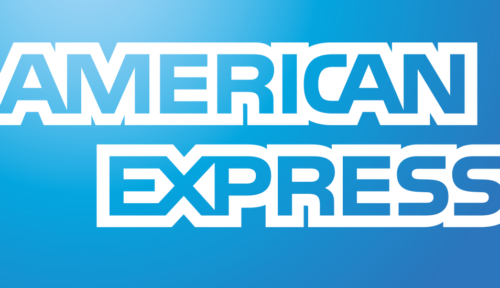 American Express Company, together with its subsidiaries, provides charge and credit payment card products, and travel-related services to consumers and businesses worldwide. Most shareholders do not vote.  Reading through 98+ pages of the proxy takes too much time. Your vote will make only a small difference but could be crucial. Below, how I voted and why.

From the Yahoo Finance profile: American Express Company’s ISS Governance QualityScore as of April 1, 2019 is 9. The pillar scores are Audit: 2; Board: 5; Shareholder Rights: 4; Compensation: 10.

Egan-Jones Proxy Services recommends Against Peter Chernin and Stephen J. Squeri, since both have served for 10 years or more and can no longer be considered independent for purposes of serving as a member of the Audit, Compensation or Nominating committees. I agree.

American Express’ Summary Compensation Table (p. 66) shows the highest paid named executive officer (NEO) was retired Chairman and CEO K.I. Chenault at $24.2M, with current Chirman and CEO Stephen Squeri paid $17.3M. I’m using Yahoo! Finance to determine market cap ($95.3B) and I define large-cap as $10B, mid-cap as $2-10B, and small-cap as less than $2B. American Express is a large-cap company.

American Express shares outperformed the S&P 500 over the most recent one and two year time periods, but underperformed during the most recent five year time period. The ratio of the annual total compensation of the CEO to the median of the annual total compensation of all employees was 306:1. According to a recent report from MyLogIQ, CEO Pay Ratios inthe S&P 500, that puts AT&T at having the 26th highest ratio in the S&P 500.

Given far above median pay, mixed performance, and my concern for growing wealth inequality, I voted against and also voted against the members of the compensation committee.

I have no reason to believe the auditor engaged in poor accounting practices or has a conflict of interest. Egan-Jones recommends voting against the auditor if they served for seven years. Independence becomes compromised by that time. PricewaterhouseCoopers served more than seven years. No other issues appear significant.

This good governance proposal comes from Kenneth Steiner. Egan-Jones recommends a vote FOR. I file many similar proposals myself.

This good governance proposal is from me (James McRitchie for my wife Myra Young), so of course I support it. Egan-Jones recommends voting FOR and notes the following:

Alignment of senior executive pay with long-term sustainable growth may not exist if a company is using earnings per share or certain financial return ratios to calculate incentive pay awards when the company is aggressively repurchasing its shares or if senior executives use the jump in stock price resulting from a buyback announcement as a chance to sell stock intended to incentivize long-term performance.

Pay disparities by gender in companies, in our view, could bring operational risks and reputational damage that is detrimental to shareholder value. After evaluating the details pursuant to the shareholder proposal and in accordance with the Egan-Jones’ Proxy Guidelines, we recommend a vote FOR this Proposal.

Proxy Insight reported the votes of three funds as I wrote up my recommendations. I was disappointed to learn that Calvert voted FOR all items except our proposal #5 to deduct the impact of stock buybacks from CEO pay. Trillium voted against all items, except auditor. Perhaps they default to management if they have not sufficiently studied an issue, such as buybacks. Domini voted against Brennan, Chernin, Squeri, de la Vega, Williams, Leavitt, Leonsis, Vasella, and Young, as well as say-on-pay. Notably, they voted FOR all the shareholder proposals, including Deduct Impact of Buybacks on Exec Pay.

In looking up a few funds on our Shareowner Action Handbook, I see Praxis voted the same as Calvert.

To be considered for inclusion in next year’s proxy statement, any shareholder proposals submitted in accordance with SEC Rule 14a-8 must be received by our Corporate Secretary at our principal executive offices no later than November 16, 2019. Any such proposals must comply with all of the requirements of SEC Rule 14a-8.